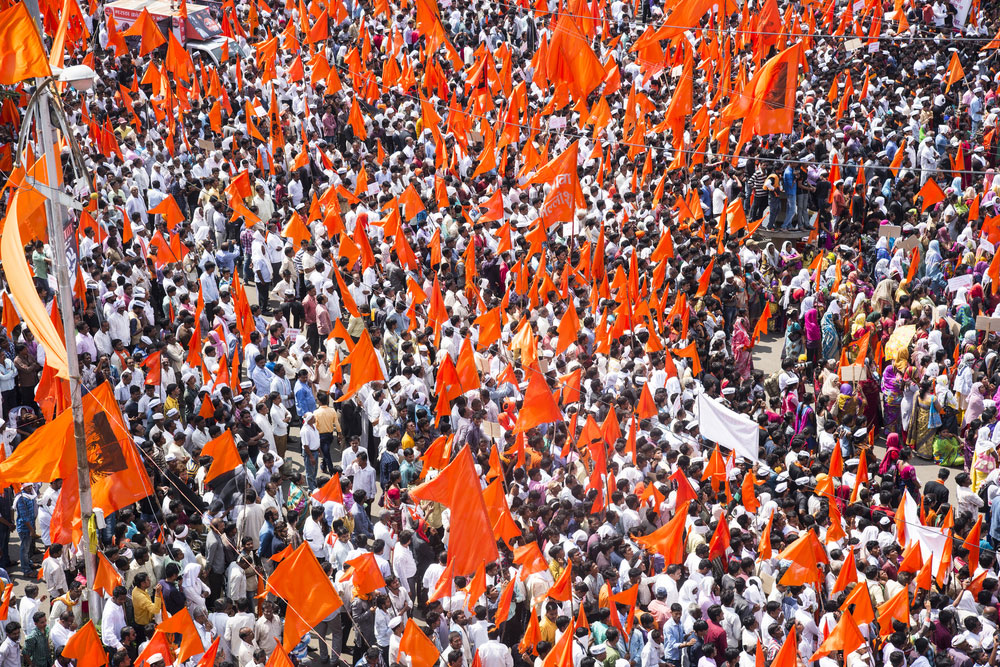 The Maratha community, now being considered for reservation benefits in Maharashtra, was twice rejected for inclusion in the central list of backward classes.

The Socially and Educationally Backward Classes commission headed by B.P. Mandal had rejected the inclusion of Marathas in the SEBC list in 1980.

Popularly known as the Mandal Commission, the B.P. Mandal panel had recommended in its 1980 report 27 per cent reservation in jobs for other backward classes but considered the Marathas as a forward caste, said P.S. Krishnan, an expert on reservation issues.

In late 1990s, the Maratha community again pleaded before the National Commission for Backward Classes (NCBC) for inclusion in the central list of backward classes.

The NCBC is tasked with considering demands for inclusion of any community in the central list of backward classes and making a recommendation to the government.

“The NCBC rejected the demand. The Marathas are a military land-holding caste which enjoys high prestige,” Krishnan, who served as the member secretary of the NCBC, said.

The NCBC was created to prepare al list of OBCs for central jobs following a Supreme Court judgment in a case in which the implementation of Mandal commission report was challenged. The Supreme Court interpreted the constitutional provision of reservation and capped quotas at 50 per cent.

Every state has separate OBC list of its own for its jobs and admission in educational institutions.

Although the state government has not decided the size of the quota, it is expected to be around 15 per cent for SEBCs, which will take the total figure close to 70 per cent.

“The current 52 per cent is higher than the Supreme Court limit. It has escaped legal scrutiny because nobody has challenged it. If the state government makes a separate 15 or 16 per cent quota, it may be taken to the court,” Krishnan said.

All India Backward Class Federation (AIBCF) general secretary Hansraj Jangra said the federation would oppose the inclusion of the Marathas in the list for eligible beneficiaries of reservation.

“The Marathas never suffered any discrimination because of their caste status. We will oppose the provision for reservation for them. The government can give them economic benefits like scholarship and other assistance, not reservation,” Jangra said.