To sections of Sangh parivar, the residents of Kerala’s lone Muslim-majority district have always been 'cruel', 'extremist' and everything in between 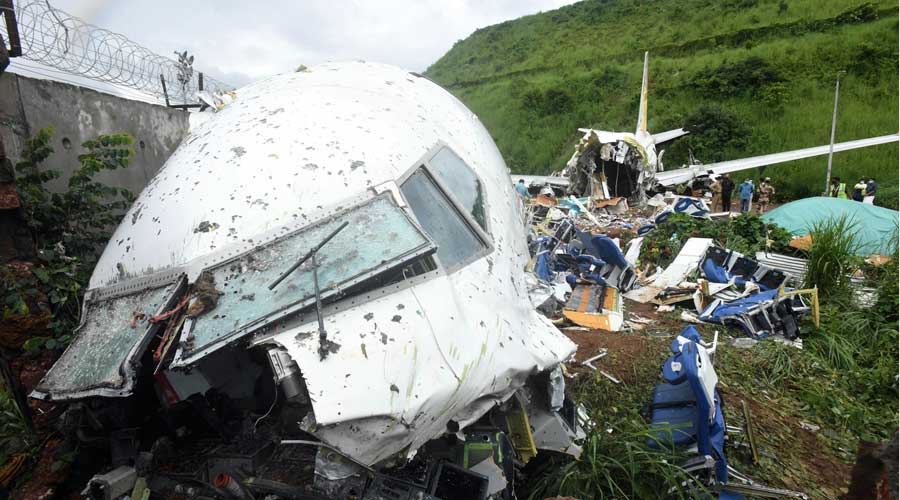 The denizens of Malappuram have responded with action that spoke louder than the slander of detractors.

To sections of the Sangh parivar, the residents of Kerala’s lone Muslim-majority district have always been “cruel”, “extremist” and everything in between.

Earlier this year, BJP leader Maneka Gandhi accused them wholesale of a tendency towards “criminal activity” after a trap set with explosives killed a pregnant elephant — except that it had happened in another district (Palakkad).

Yet what Indians countrywide and abroad saw on Friday night was hundreds of Malappuram residents, such as Junaid Mukkood and Fazal Puthiyakath, rushing on their own to help victims of an airliner accident in their backyard.

They risked harm to themselves from a possible fire or the coronavirus and spent their own money to arrange transport to hospital.

The swiftness with which the first volunteers arrived at the site of the 7.41pm tragedy and the efficient way they mobilised reinforcements and vehicles seemed to corroborate the reputation for hospitality that the district enjoys among some who know it well.

Less than five minutes after an Air India Express plane from Dubai had overshot the tabletop runway at the Calicut International Airport, fallen and broken into two, a group of 15 young men from the neighbourhood had arrived, leaving the comfort of their homes and braving the rain.

Responding to their messages, or learning about the tragedy from social media or television, nearly 100 people from Kondotti — the town abutting the crash site — arrived, many with vehicles.

People from across Malappuram and neighbouring Kozhikode continued to turn up till 2am, many hours after the last injured traveller had been taken to hospital in a rescue operation speeded up by all the public help.

By early Saturday morning, people had begun lining up at the 16 hospitals across Malappuram and Kozhikode districts where the victims had been taken, responding to messages to donate blood.

Chief minister Pinarayi Vijayan and health minister K.K. Shailaja have thanked the public for their help, which they said had possibly averted a bigger tragedy.

On Saturday evening, the death toll stood at 18 among the 190 on board. About 120 people were in hospital, 23 of them seriously injured, while 23 had been discharged.

Junaid was sipping tea and luxuriating in the heavy rain from his home, just 20 metres from the western end of the airport, when he heard the deafening noise.

“I ran out on the road and could sense something was amiss. I slipped on a shirt over my lungi and called friends who live nearby. We ran in the direction of the aircraft tail that we could see,” Junaid told The Telegraph on Saturday.

“The gate on the airport’s boundary was locked and a lone armed guard was manning it. We were pleading with him to let us in when five men from the airport rescue team arrived. When we asked whether they needed extra hands, they allowed us in.”

He added: “We could hear the passengers crying for help from the broken fuselage, and saw the two pilots slumped on their seats. The nose of the aircraft was smashed. Since we didn’t know how to extricate the pilots, we focused on rescuing the passengers.”

The 15 did not stop to find out whether there was a fuel leak, and the possible danger of a fire. “Our priority was to save people. During the time we spent helping the rescue efforts, we forgot we were in a (Covid-19) containment zone,” he said.

But fearless did not mean careless. Another member of the group of 15, Fazal, recalled how they got the entire neighbourhood to turn off gas cylinders and electricity.

“We are no rescue experts, but we realised the need to avoid even the smallest of sparks anywhere in the area since we didn’t know whether the aircraft was leaking fuel,” Fazal said.

Junaid received his first shock when he saw a small head protruding out of a pile of debris and luggage. It belonged to an injured one-year-old child.

“Several passengers had been flung out of the plane when the fuselage broke. In the darkness we could glimpse a few people lying in the bushes. We later found that some of them had bones jutting out of gashed limbs,” he said.

Since there weren’t enough ambulances around, the group sent out WhatsApp messages asking people from the neighbourhood to come with vehicles. “Within minutes, we saw vehicles from trucks to motorbikes rushing towards the spot. I took the child to a private hospital in Kondotti,” Junaid said.

The aircraft’s nose had rammed against the boundary wall of the airport.

“When the ambulances started moving through the service road next to the tarmac, we took it upon ourselves to get an excavator to demolish the portion of the wall on which the badly mangled nose was resting. This opened up a new rescue route,” Fazal said.

He thanked the hundreds of Malappuram residents who had ferried the injured to hospital. “Passengers who had no major injuries were transported to hospital on motorbikes. This was before a large number of ambulances arrived,” he said.

By 9.30pm, the disaster relief teams had rescued all but two of the survivors who had been caught in the tail portion. Extricating the duo took another 45 minutes.

The rescuers prised open what remained of the cockpit to bring out pilot Deepak Vasant Sathe, who was already dead, and the severely injured co-pilot Akhilesh Kumar, who died later.

“Our society played a massive role in the rescue operations. Those related to this sector say the rescue mission was exceptional. The local people and the rescue agencies did a great job,” chief minister Vijayan told reporters on Saturday.

Minister Shailaja wrote on Facebook that the “depth of the disaster could be reduced only because of the good people from the neighbourhood”.

“They engaged in the rescue mission ignoring even the Covid protocol,” she wrote.