Art of Living founder Sri Sri Ravi Shankar on Tuesday suggested that a court verdict clearing the way for a Ram temple in Ayodhya might leave open the "possibility" of problems in the future as the losing side would always remain unsatisfied. 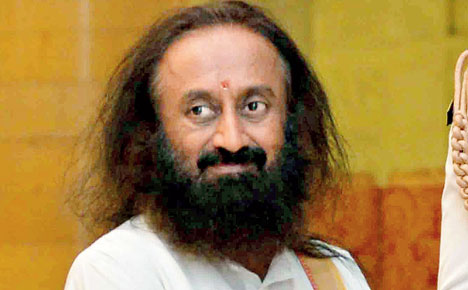 Lucknow: Art of Living founder Sri Sri Ravi Shankar on Tuesday suggested that a court verdict clearing the way for a Ram temple in Ayodhya might leave open the "possibility" of problems in the future as the losing side would always remain unsatisfied.

The spiritual leader did not mention the word Muslim but appeared to be urging the minority community to accommodate the concerns of Hindus for a reciprocal gesture.

"Suppose that the court said there was a temple and the temple would be rebuilt again and if it was constructed there, then the members of that community would remain always unsatisfied and create problems in the future. I see this possibility," Ravi Shankar said in Varanasi.

"If we take something, we will give you something in return. You can make a mosque or a hospital there. But one should respect the belief of over 100 crore people for that particular place," he added. "What is bigger, the respect of 100 crore people or a piece of land?"

Ravi Shankar, who was in the holy city to attend the Sant Samagam, a meeting of sadhus, is not a party to the Ramjanmabhoomi-Babri Masjid case now pending before the Supreme Court.

But he has been trying to mediate between the two sides, although both have rejected his efforts.

Ravi Shankar, who spoke in Hindi, mentioned the epic Mahabharat as a reminder to those opposed to a Ram temple in Ayodhya. "There are some Duryodhans who say they will not give even an inch of land there.... They are ready to die for an inch of land. It is their ignorance only. See the history of Bharat. The same had happened in the Mahabharat. You are repeating the same," he warned.

The Sunni Central Waqf Board has in the past said more than once that it wouldn't give even an inch of land to the other side.

Ravi Shankar said Allahabad High Court's 2010 order to trifurcate the 2.77-acre disputed plot among the Nirmohi Akhara, Ram Lalla Virajman and the Sunni Central Waqf Board had failed to break the deadlock and suggested that Muslims give up their portion.

"If you give that one acre for (social) harmony and construction of a temple, the Hindus would give you a place at a distance for a mosque. Both will win in that case," he said.

"This fight will continue if the court case is there. But it would be good if we reach a solution through harmony. We will put a plaque there stating that a magnificent temple was constructed there with the harmony, admiration and devotion of both the communities. Then this dispute would be over for ever."

Ravi Shankar said although all the parties would accept the Supreme Court's verdict, the losing side "will have poison in their mind".

"They will... believe that injustice was done to them. There may again be a case and violence after a 100 or 150 years," he said.