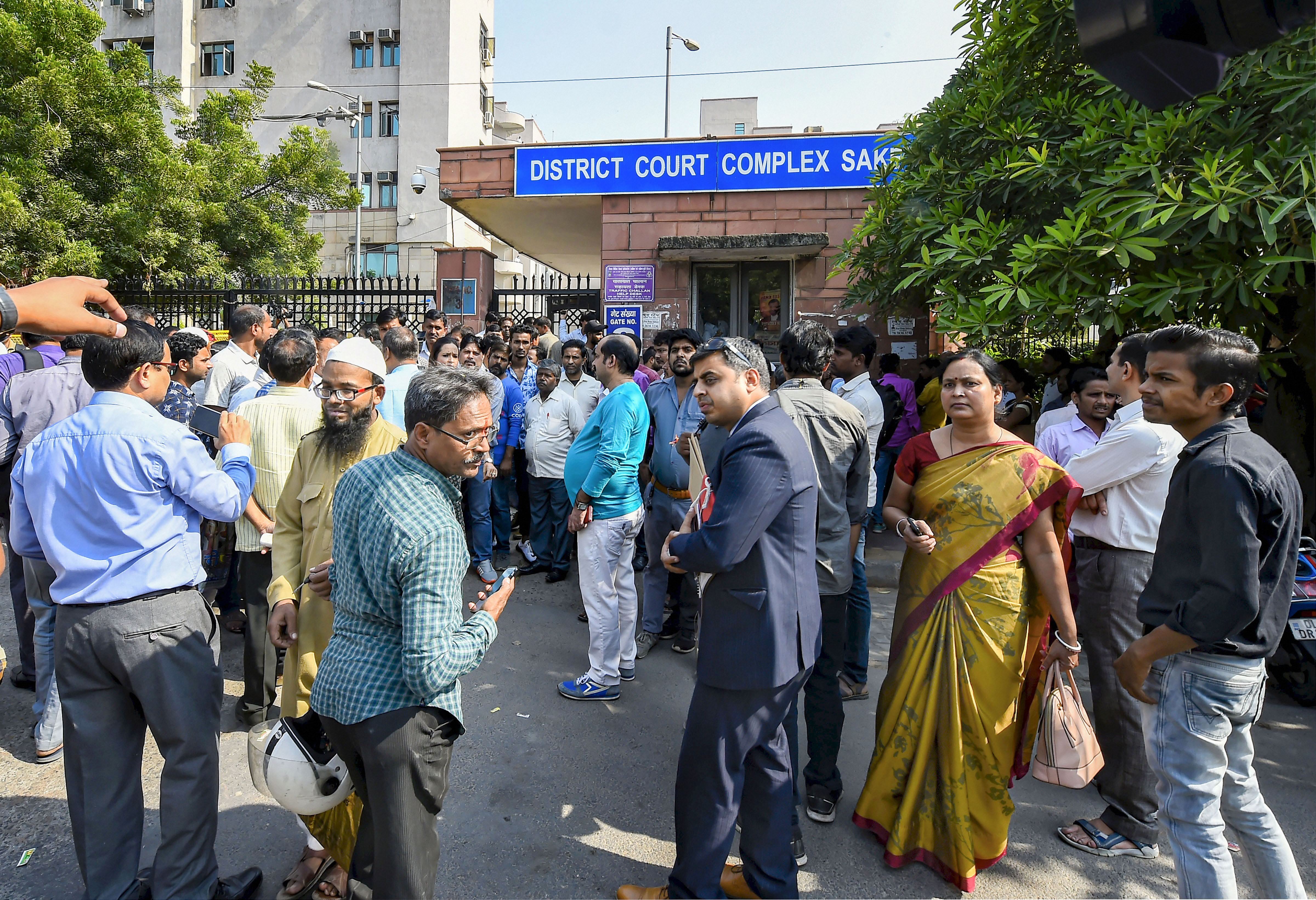 People wait outside Saket court during lawyers protest inside the court premises over last week's incident of clashes between lawyers and the police at Tis Hazari Court complex, in New Delhi, Wednesday, November 6, 2019.
PTI
PTI   |   New Delhi   |   Published 06.11.19, 07:33 AM

Lawyers in all the six district courts in New Delhi abstained from work for the third consecutive day on Wednesday, protesting against the clash between advocates and the police at the Tis Hazari Courts Complex on November 2, and denied access to litigants in some courts.

The lawyers closed the main gates at Patiala House and Saket district courts and did not let litigants access the court premises as part of their protest.

During the protest at Rohini district court, one lawyer took off his clothes and poured kerosene on his body in a bid to immolate himself, while another climbed the rooftop of one of the buildings in the premises.

One of the protesting lawyers, who did not want to be named, said they will not resume the work till the time the policemen, who had allegedly fired at and lathi-charged advocates are not arrested.

Police protests were triggered by two attacks on their colleagues, one on Monday outside Saket District Court and another on Saturday at the Tis Hazari Courts Complex after a parking dispute between an on-duty policeman and a lawyer which led to at least 20 security personnel and several advocates being injured.

Two FIRs were registered against unidentified persons, who were seen in a video hitting a uniformed policeman on a motorcycle with his elbow and slapping him outside the Saket court.

As lawyers demonstrated outside district courts in the city, Bar Council of India chairman Manan Kumar Mishra said any incident of violence involving lawyers, police and public will not be tolerated.

He also accused policemen of making provocative statements against judges and lawyers during their protests outside the police headquarters on Tuesday.

Speaking to reporters in the Supreme Court premises, Mishra said the BCI has taken serious note of all incidents of violence between lawyers and police and all requisite action will be taken against those guilty.