The year was 1997. The month December. Ramdas Amberwar, a lanky 48-year-old farmer in Telang Takli village in Vidarbha's cotton bowl of Yavatmal, consumed a bottle of pesticide and killed himself. 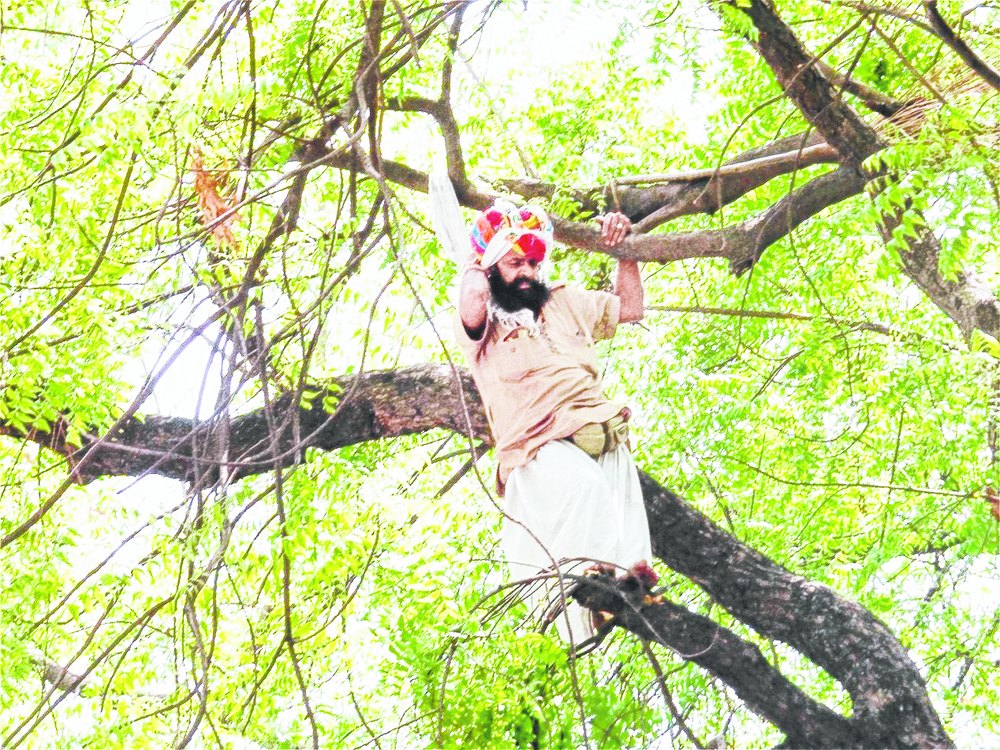 The year was 1997. The month December. Ramdas Amberwar, a lanky 48-year-old farmer in Telang Takli village in Vidarbha's cotton bowl of Yavatmal, consumed a bottle of pesticide and killed himself.

He left a note: the loans are becoming a burden; crop's failing consistently; I can't continue seeing my family in penury.

The last paragraph said: "I wish the government paid attention to our woes."

That week, like Amberwar, three more farmers killed themselves, drawing attention to the "Vidarbha suicides". Until then, the Maharashtra government had said farmer suicides were taking place in Andhra Pradesh, not in the western state.

The circumstances that led to Gajendra Singh Rajput's death at Jantar Mantar are yet to be established conclusively although his letter mentioned "my crop has been destroyed".

Between 1997 and 2013, at least 60,000 farmers are suspected to have committed suicide in Maharashtra. Across India, more than 300,000 farmers - one of the biggest waves of peasant suicides post-Independence - have taken their lives, according to the National Crime Records Bureau (NCRB) annual reports.

The rural peasantry has been moving to small towns or shanties in metros in distress: on average, 2,000 farmers are quitting farming every day, going by the two census reports from 1991.

As many as 15 million farmers (mainly cultivators) have quit agriculture since 1991 - which, in itself, is not undesirable. But where are they heading? Nowhere.

The census reports show that the number of landless workers has grown phenomenally across the country.

Nothing can be more sickening, however, than the jugglery with suicides data and the interpretation. Each year, every state reports suicides by different professionals. Some have done away with the "persons engaged in agriculture" category.

For instance, the BJP-Shiv Sena government in Maharashtra says only three farmers took their lives in Maharashtra this year, according to Union agriculture minister Radha Mohan Singh's disclosure in the Lok Sabha on Monday.

But reports collated from various newspapers suggest at least 1,000 farmers have killed themselves in three months alone.

So, why did the government report three? Because those are the ones linked to distress, as found by a committee of the district collector, the superintendent of police and the superintending agriculture officer.

Usually, in Maharashtra, a tehsildar goes to the bereaved family, asks about 30 questions (from land ownership to debt) and concludes if it's a "genuine or non-genuine" suicide.

In the past five years, more and more cases are being reported as "non-genuine" or "ineligible". That means, the suicide is genuine but its cause is not linked to agrarian distress. Which further means the case is not fit for the Rs 1 lakh compensation the state awards the family of an "eligible suicide victim".

Many families don't report suicides, fearing a social backlash. If a family has a daughter of marriageable age, chances are that the father's suicide won't be reported: the marriage could be affected.

Some state governments have found the best way to deal with the problem: just don't report farmer suicides. Many states, like Bengal and Chhattisgarh, have not been reporting the statistics to the NCRB in the past few years, saying there are no farmer suicides.

The crisis is one of rural recession in many parts, particularly in rain-fed agriculture regions like Vidarbha, Telangana or Bundelkhand and now Marathwada, leading to depression.

Sujay Patil, a psychiatrist in Akola city, told this reporter in 2006: "There's a wave of depression sweeping the countryside, and the reasons for suicides are rooted in sudden economic shocks."

Patil began to treat clinically depressed farmers free of cost, only to realise a year later that he simply could not deal with the flood of patients at his hospital.

Across India, rural depression is now assuming alarming proportions. Some psychologists equate it with a public health epidemic.

This year's rural distress is somewhat unique on two counts: there is no price and there is no crop. Prices of cash crops have fallen because of global trends and poor quality following unseasonal rain. Foodgrain prices have been ruling low and the government has not raised the minimum support price too much for fear of stoking inflation and hurting the rest of the population.

But, with peasant movements withering away and most leaders moving to urban or semi-urban playing fields, the rural populace has no one else but the government to turn to.

Hundreds of farmers left behind chilling suicide notes, many of them directing their anger and questions at the executive leadership of states. "How long will it take you to act on our problems?" wrote a farmer in December 2004 in a suicide note directed at the chief minister of Maharashtra.

"Sorry," another telling suicide note left behind by a young farmer in Yavatmal for his widow read. "Please get remarried; but not again to a farmer."

Poet-farmer Shrikrisna Kalamb wrote his elegy two days before hanging himself in a village in Vidarbha's Akola district in March 2008, leaving behind his five daughters and wife.

" Me aagala vegala, mahi nyarich jindagani, mahe maran bhi ahe jase avakali paani (I am unusual, just as my life has been; and like the incessant rain, my death too will be like a sudden event)."

Kalamb's poems - now set to be published as a compendium - reflect the life and times of a farmer.

In a poem in Marathi's Warhadi dialect, Kalamb wrote of a farmer caught in the vortex of woes: "If, at times, the nature spares him, the markets don't."