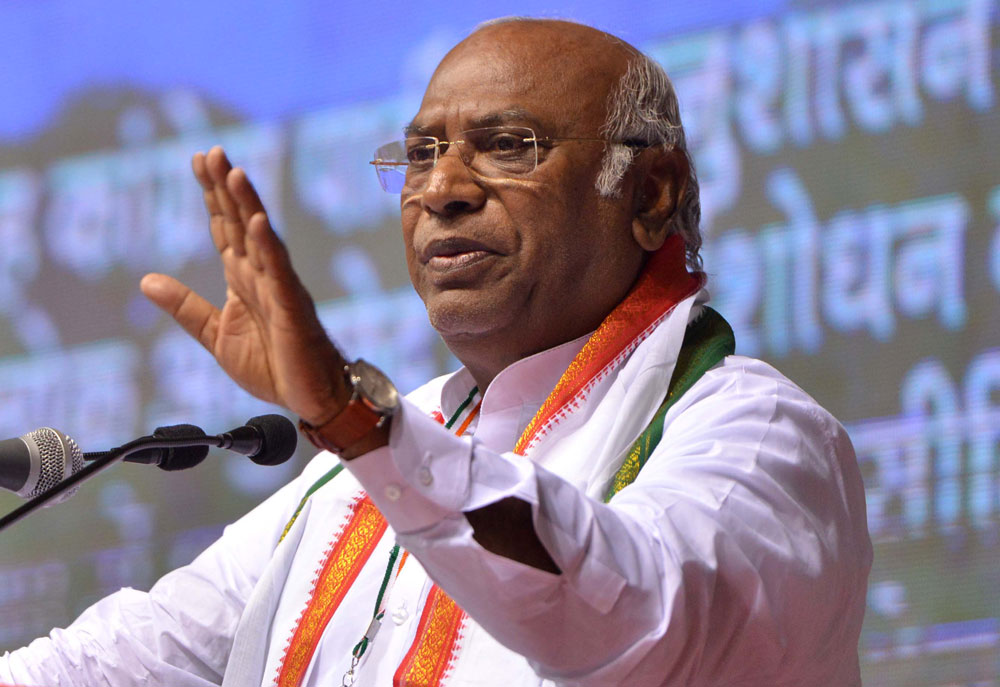 Mallikarjun Kharge, the leader of the single largest Opposition party in the Lok Sabha and a Congress veteran, has moved the Supreme Court challenging the decision by the Central Vigilance Commission and the Centre to divest CBI director Alok Verma of all powers.

Kharge, who was part of the three-member panel that chose Verma, said the decision was taken without consulting the committee of the Prime Minister, the Chief Justice of India and himself.

The petition is likely to be taken up for hearing on November 12 when the main petition filed by Alok Verma is listed for hearing. On October 26, the apex court had directed former Supreme Court judge Justice A.K. Patnaik to supervise the CVC probe into allegations of corruption against Verma and submit a report in a sealed cover by November 12.

Kharge, who is also a member of a three-member committee under the Delhi Special Police Establishment Act for appointment of CBI chief, has pleaded that he was constrained to move the top court “in overwhelming national and public interest to protect and maintain the institutional sanctity and integrity of India’s premier investigating agency i.e. the CBI.”

According to Kharge’s petition filed through advocate Devdatt Kamat, the entire action of the CVC and the department of personnel and training (DoPT) seeking to divest CBI director Verma of his statutory powers and functions is “illegal, arbitrary, punitive, without jurisdiction” and hence ought to be set aside.

Kharge submitted that orders divesting Verma of his powers was in violation of the apex court judgment in the case of Vineet Narain vs Union of India in 1998, which mandated that the CBI should have complete autonomy and it should be free from any executive influence.

From that judgment, it is clear that the tenure and term of the CBI director are protected and even a transfer cannot be effected without the previous consent of the committee of the Prime Minister, the CJI, and the leader of the single largest Opposition party, the petition said.

“The order by the CVC and the DoPT divesting Verma of his powers, functions and duties is a direct and concerted attempt to impede the independent functioning of the CBI director,” the petition said.

“The applicant had also written a letter, placing on record the fact that no meeting of the selection committee was convened to deliberate on this issue as prescribed under law. It was also pointed out that de-facto transfer/ divesting of the authority of the director is illegal and mala fide….

“Further, there is no power conferred upon the CVC to pass any order of the kind,” Kharge’s petition added.

Kharge said that despite being a member of the statutory selection committee, he was not consulted nor was he a part of any meeting or privy to any decision to divest Verma of his powers. It is also not in public domain that any such meeting of the statutory committee was convened.

“It is, therefore, clear that the decision to divest Verma… of his powers was taken by the political executive in complete contravention of the provisions,” the petition said.