Rahul’s candidature has already been announced from Amethi, the seat he has held since 2004 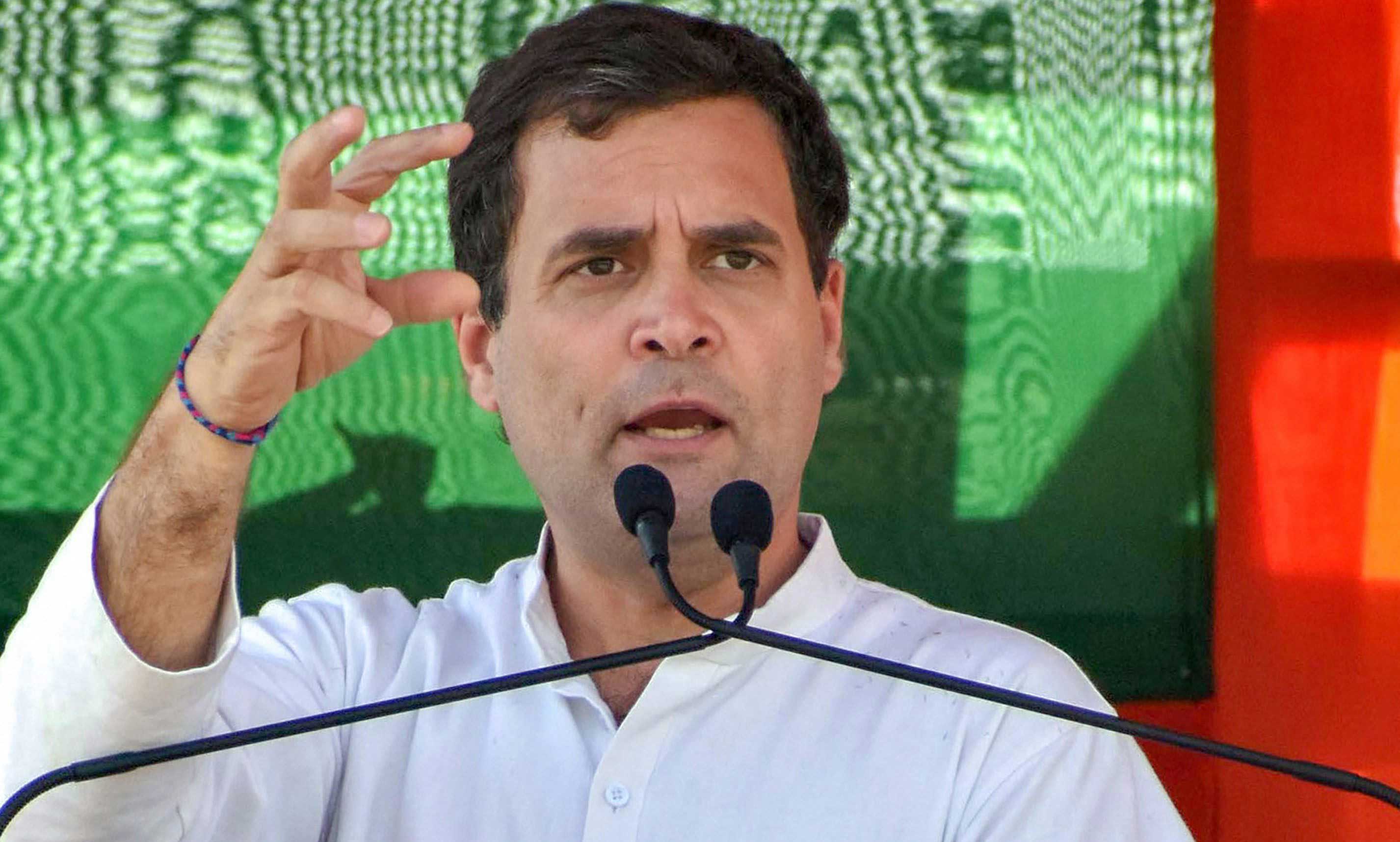 Rahul Gandhi might consider contesting the general election from Wayanad in Kerala following requests from Congress units in the southern states that believe his candidature would significantly boost the party’s chances in the region.

The party believes the south is where the BJP is most vulnerable and where the Congress can win a large number of seats with an extra push.

Rahul’s candidature has already been announced from Amethi in Uttar Pradesh, the seat he has held since 2004.

“I was the one who requested Rahulji to contest from Wayanad during our helicopter ride from Kozhikode to Kochi last week,” leader of the Opposition Ramesh Chennithala told The Telegraph.

Located at the tri-junction of Kerala, Tamil Nadu and Karnataka, Wayanad is a safe seat where the Congress has never lost a Lok Sabha election. It has a large minority, tribal and Dalit population.

Although any move by Rahul to contest two seats will be seen as recognition of a credible threat in Amethi, where the BJP has fielded Smriti Irani and the SP-BSP combine is reconsidering its initial decision not to contest, Congress sources said such decisions were taken for strategic reasons.

Across the country, the Congress is looking to put up a fight even in seats seen as difficult for the party. Former chief minister Digvijaya Singh is being considered for Bhopal after Madhya Pradesh chief minister Kamal Nath openly asked for strong candidates from the three most difficult seats in the state — Indore and Vidisha being the other two.

Digvijaya, a Rajya Sabha member who comes from Raghogarh, offered to take up the challenge. The BJP has won the Bhopal seat in the last eight elections.

The Congress is not shying away from embracing outsiders, either, springing a surprise with the candidature of young poet Imran Pratapgarhi from Moradabad. Uttar Pradesh Congress chief Raj Babbar had already been fielded from the seat but he was shifted to Fatehpur Sikri, which he was believed to be keen on anyway.

Imran is a hugely popular shayar and his mushaira videos attract millions of views. Not a favourite of critics, he evokes frenzied reactions among fans because of his direct attacks on Prime Minister Narendra Modi. His poetry revolves round India’s pluralism, Modi’s politics and discrimination against the minorities.

Imran’s candidature will send a strong message to the minorities, and the SP-BSP combine will struggle to counter his appeal in the state.