The state has asked the National Institute of Virology, Pune, to organise a point-of-care diagnostic test at the Kozhikode medical college 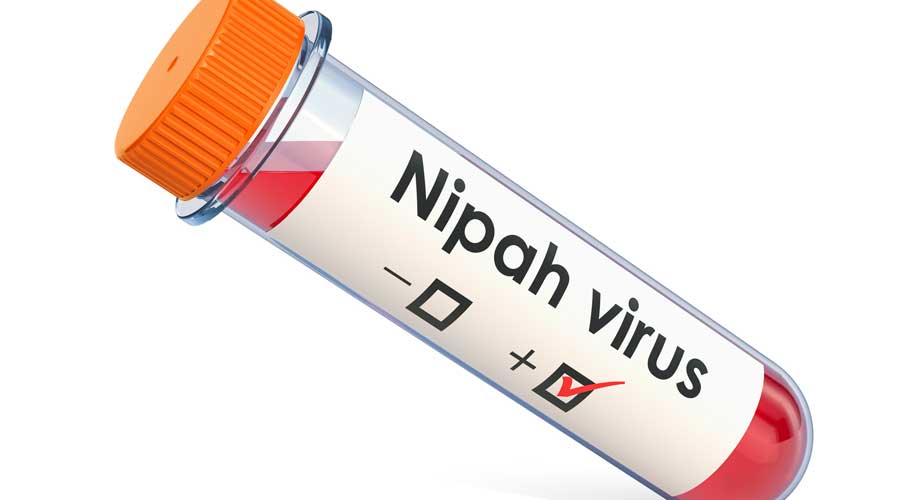 The Union health ministry has sent a public health team to Kozhikode district in Kerala where a 12-year-old boy died on Sunday from suspected Nipah virus infection that had claimed 21 lives in the Kozhikode-Mallapuram area three years ago.

The team from the National Centre for Disease Control, New Delhi, will support the state’s efforts to trace the boy’s contacts, search for cases in his family, neighbourhood or village, and quarantine his contacts or other suspected cases.

The infection is rare but deadly with a high risk of mortality. The Nipah virus resides in some species of fruit bats.

Scientists believe the virus slips into humans when they come into contact with fruit bat droppings or saliva, possibly through contaminated fruits or date sap. Health experts say the infection spreads from person to person through respiratory secretions or contaminated surfaces.

Symptoms typically appear four to 14 days after exposure to the virus and include fever, headache, cough or sore throat followed by encephalitis, or brain inflammation.

On Sunday, Kerala health minister Veena George said 188 contacts, including 20 “high-risk” ones, had been identified.

“Two health workers, one from a private hospital and the other from the medical college, are symptomatic for the virus,” she said.

“We have decided to move all the high-risk contacts (including the two health workers) to a special ward that has been opened at the Kozhikode medical college,” the minister said.

Kerala has asked the National Institute of Virology, Pune, to organise a point-of-care diagnostic test at the Kozhikode medical college. This will allow health authorities to rapidly screen contacts and others who show symptoms and isolate them to prevent any further spread of the infection.

A 24/7 control centre has been opened at the government guest house in Kozhikode to monitor the situation.

The boy from Chathamangalam died at a hospital on Sunday morning after suffering from high fever for four days.

The child’s family had moved him to a super-specialty hospital in Kozhikode on August 31 where doctors suspected Nipah and sent his samples to the NIV.

The boy’s family members have confirmed that he had eaten rambutan that is grown in the neighbourhood.

The body was buried around noon on Sunday under stringent safety protocols.

The district authorities have sealed the area within a 3km radius from the child’s home and put neighbouring districts Kannur and Malappuram on alert.

The NCDC team visited the house of the deceased and collected samples of rambutan fruits. The samples could help identify the source of the infection and confirm whether the origin was through a bat.

Infectious disease experts say the standard public health measures to contain any Nipah emergence involve tracking down and isolating a patient’s contacts, including caregivers at home or in hospital, who might have unknowingly exposed themselves to the infection.

Epidemiologists tasked with investigating the Nipah case are likely to also try to determine whether the boy was the index case — the first patient in an outbreak.

Experts say quick isolation of patients is critical to preventing the infection from spreading. There is no specific treatment for the Nipah infection and doctors typically provide supportive care while waiting for the immune system to fight the virus.

The boy had inflammation of the brain and heart muscle, the health ministry said.

A Nipah outbreak in Kozhikode-Mallapuram in 2018 — the country’s third over two decades — had claimed the lives of 21 of the 23 patients who had tested positive, a 91 per cent mortality.

India’s first outbreak of Nipah had occurred in Siliguri in 2001 and killed 45 of the 66 patients, a 68 per cent mortality.

A second outbreak in Nadia in 2007 killed all five patients.

Scientists at the NIV in December 2018 had urged public health authorities to inform populations considered at risk that they should not consume partially eaten fruits as they might be contaminated with the Nipah virus.

Nipah outbreaks have also occurred since 1999 in Malaysia, Singapore and Bangladesh.