Kerala braces for another heavy downpour along with strong winds 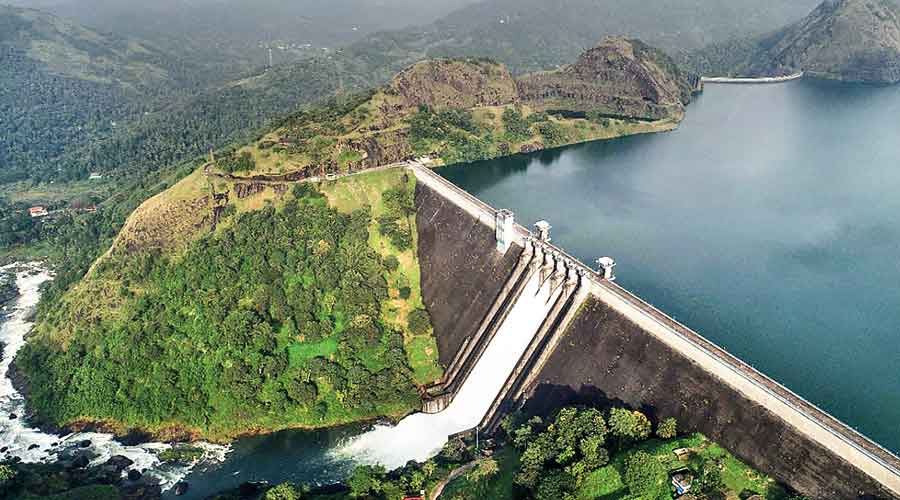 The brief respite in rain in Kerala is set to give way to another heavy downpour accompanied by strong winds for four days from Wednesday, while the state government released excess water from its dams in central and southern districts.

Only Kannur and Kasaragod will be under yellow alert on Thursday leaving all other districts under orange alert. While a red alert is for extremely heavy rainfall of 200mm in 24 hours, orange alert denotes very heavy rain between 60mm and 200mm in 24hours, and yellow alert indicates 60mm to 110mm of rainfall.

The Kerala State Disaster Management Authority said that 38 people had died in rain-related incidents between October 12 and 18. While 24 of them died in landslides in Kottayam and Idukki, most of the other people drowned.

Chief minister Pinarayi Vijayan urged immense caution in high ranges and low-lying areas due to the adverse weather forecast from October 20 to 23. “There are possibilities of landslides and overflowing rivers. There is also the possibility of flash floods due to very heavy rains,” he said, urging people to heed the instructions of emergency services.

He also urged the people and officials not to be overconfident due to the brief spells of good weather. “Just because there is a respite in rain during the day time, neither the people nor officials should be overconfident. There could be changes or even mistakes in the weather forecast. So everyone must follow the instructions until the disaster management authority withdraws them,” he added.

Shutters of Idukki, Idamalayar, Kakki and Pampa dams were opened on Tuesday to release excess water considering the weather forecast that predicted more rain and the possibility of increased storage. The catchment areas of the dams had received abundant rainfall in the last few days.

With lakhs of litres being released every second from each of the dams, the authorities had evacuated more than 200 people from 64 families residing along the banks of the Periyar river as a safety measure.

Fishermen rushed to Aluva in Ernakulam with their boats to join the rescue mission in case the water flowing from the Idukki reservoir causes flooding like 2018 when the state faced one of the worst floods in a century that killed around 480 people. They had rescued thousands of people, their livestock and pets from the flooded areas three years ago.

This was only the fourth time the shutters were opened at the Idukki dam that was commissioned in 1973, the three shutters being opened one by one at an interval of 30 minutes starting 11am. The shutters were last opened in 2018.

Irrigation minister Roshi Augustine said the regulated opening of dam shutters was part of the management of water storage in the reservoirs considering the weather forecast.

“The most important thing is to regulate the water levels in the dams. What is being done is a water storage management to avoid any emergency even in case we experience heavy rainfall in the next few days as enough water is being let out,” said Augustine.

But unlike 2018, the authorities have already said there was no major risk of the Periyar or any other river breaking banks due to the outflow.