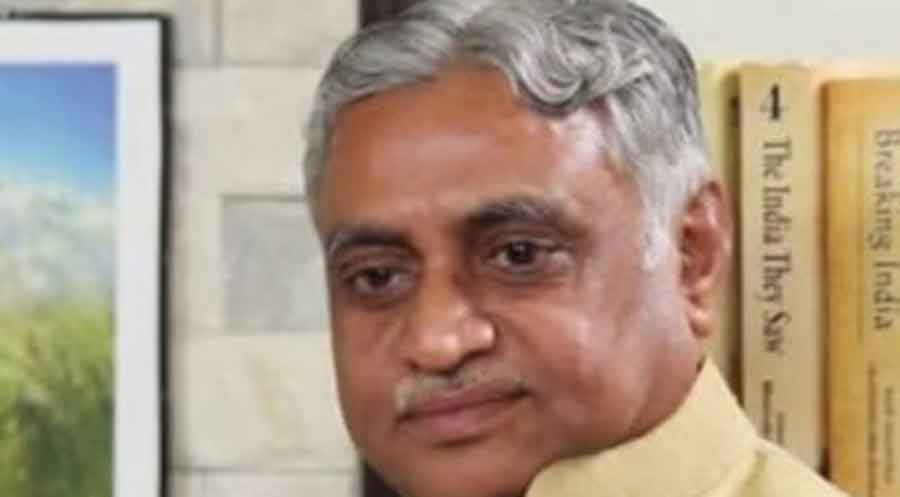 A senior RSS leader has met members of two influential Christian denominations in Kerala who are looking to settle an old property dispute, the session ahead of the Assembly elections suggesting a last-ditch attempt by the Sangh to win the support of the community.

Bishops and other clergymen from the Malankara Orthodox Syrian Church and the Jacobite Syrian Christian Church met RSS joint general secretary Manmohan Vaidya at the organisation’s office in Kochi on Wednesday, responding to an invitation from the Sangh and rankling the larger Christian community that has traditionally stayed away from the Hindutva bandwagon.

The meeting comes over two months after the leaders of the two denominations met Prime Minister Narendra Modi in Delhi in a much-publicised move apparently to find a lasting solution to a century-old property dispute between the two groups.

But the RSS initiative ahead of the April 6 Kerala polls has a clear political objective since the Sangh parivar has for decades been trying to lure a section of Christians who form 20 per cent of the 3.5 crore population of the state. Muslims make up another 30 per cent.

The acrimonious relationship between the two denominations was due to the dispute that came to a head with the Supreme Court in 2017 ordering the Jacobites to hand over 1,064 of 1,700 churches to the Orthodox Church. While the Jacobites maintained that they had built the churches, the numerically fewer but politically more powerful Orthodox Church refused to budge.

Father Sleeba Paul, trustee of priests of the Jacobite Syrian Church who was among those who met Vaidya, told The Telegraph that all they wanted was a permanent solution to the dispute and his Church would back the BJP if it found a remedy.

“The LDF (ruling Left Democratic Front) failed, while the UDF (Congress-led United Democratic Front) ignored us but promised to pass a law on the Sabarimala women’s entry issue. So if the BJP comes to our help we will support them,” he declared.

The UDF has pledged to pass a legislation to ensure tradition is upheld at Sabarimala, the hill shrine where women of childbearing age are not allowed.

“We were a delegation of five, including a bishop, and our only objective was to end this dispute. What is our problem in supporting the BJP if they can help us? All we want is our churches,” Paul said.

None of the clergymen and the spokesperson from the Orthodox Church was available for comment, neither was anybody from the RSS.

Felix J. Pulludan, chairman of the reformist group Joint Christian Council, described the meeting as “an abject surrender before the RSS, forgetting that it is this very organisation that has always been behind the misery and trauma faced by Christians as a whole”.

“The delegations including bishops have shown they are at the beck and call of the RSS. They may say it’s a continuation of the discussions they held with the Prime Minister. In which case, BJP leaders should have helmed the discussions,” he said.

But Pulludan expressed hope that the laity wouldn’t follow the bishops in toto. “Gone are the days when the laity blindly followed every word of the clergy. This is a different era, and people in Kerala are well informed to take their decisions.”

While Kerala’s Christian community has by and large supported the UDF, there was a significant swing towards the LDF in the recent local council elections. But one of the AICC observers in the state, Ivan D’Souza, rubbished all talk about Christians turning red or saffron.

“The Christians have been our mainstay all these years and will remain to be so since we are a truly secular party that represents everyone,” the leader from Karnataka told this newspaper on Thursday after meeting Major Archbishop of Syro-Malankara Catholic Church Cardinal Baselios Cleemis in Thiruvananthapuram.

“We had a cordial discussion and I didn’t see any animosity towards the Congress or the UDF,” D’Souza said.

Asked about the impact the initiative taken by the BJP and the RSS could have on the election, D’Souza said they were only eyeing the vote bank. “Where were they all these years if they had any intention of solving this issue? The people will understand their agenda behind this one-day drama by the RSS,” he said.