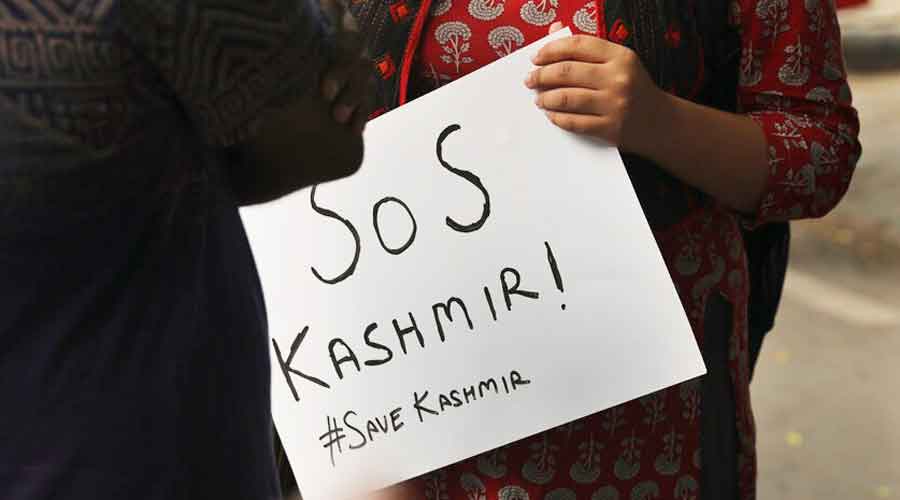 Leaders from Kargil on Thursday echoed the Valley leadership in seeking the restoration of Articles 370 and 35A in their first meeting with the Centre after the scrapping of the special status of Jammu and Kashmir in 2019 but demanded full statehood for Ladakh.

Leh and Kargil are two districts of Ladakh. Leh has a Buddhist majority who supported the abrogation of Article 370 but are fighting for the reservation of land and jobs for local residents.

Kargil has a Muslim majority. Overall, Muslims enjoy a slender majority in Ladakh.

The Kargil-based alliance of political, religious and social bodies — fighting under the banner of the Kargil Democratic Alliance — had opposed the dilution of Article 370 and the division of the state into two Union Territories.

While the Leh leadership had held several rounds of talks with the Centre for a special status of the region, the Kargil leaders were invited for talks for the first time on Thursday. An 11-member delegation met Union minister of state for home G. Kishan Reddy. The meeting comes days after the Centre’s first outreach to Jammu and Kashmir parties.

Major J&K parties, including the National Conference and Peoples’ Democratic Party, recently told the Prime Minister Narendra Modi to restore Articles 370 and 35A. The NC has since indicated it will participate in the proposed Assembly elections if statehood is restored while continuing its fight for the restoration of Article 370. The Valley leadership wants Ladakh to be returned to J&K.Kargil leader Asgar Karbalai, who is co-chairman of the Kargil alliance, said the delegation demanded the restoration of Articles 370 and 35A and full statehood for Ladakh.

“We had two demands. Restoration of 370 and 35A and statehood for Ladakh… Since they say it is sub judice, in the Supreme Court, whether you accept the ground reality or not, the fact is J&K has been divided into two Union Territories. We said we don’t accept Union Territory status and if you want to give (anything), give statehood to Ladakh,” Karbalai told The Telegraph.

“We are part of a petition (seeking restoration of Article 370). But we do not know how much time it will take. Whenever the decision is taken, we are for Articles 370 and 35A. (As long as it is sub judice), we want the Ladakh state,” he added.

Sajjad Kargili, who represented major religious Kargil organisation Jamiat Ulmai Isna Asahari, said no joint memorandum was submitted but all leaders endorsed the stand taken by the alliance leadership. “The restoration of Article 370 is a legal fight… We will continue the struggle but we will not accept the UT idea. In the meantime, we told them to give us full statehood,” Kargili said.

Kragili said the leaders voiced concern that the demographic profile of the region might be changed.

The Kargil leadership’s demand for the restoration of special status is a fresh setback for Ladakh’s mainly Buddhist alliance, which has been fighting for the inclusion of the fledgling Union Territory in Sixth Schedule of the Constitution. But at the same time, their support for Ladakh statehood is a sign that they are ready to mend fences with the Buddhists.

Kargil leaders said the meeting happened in a cordial atmosphere and the minister heard them out patiently.