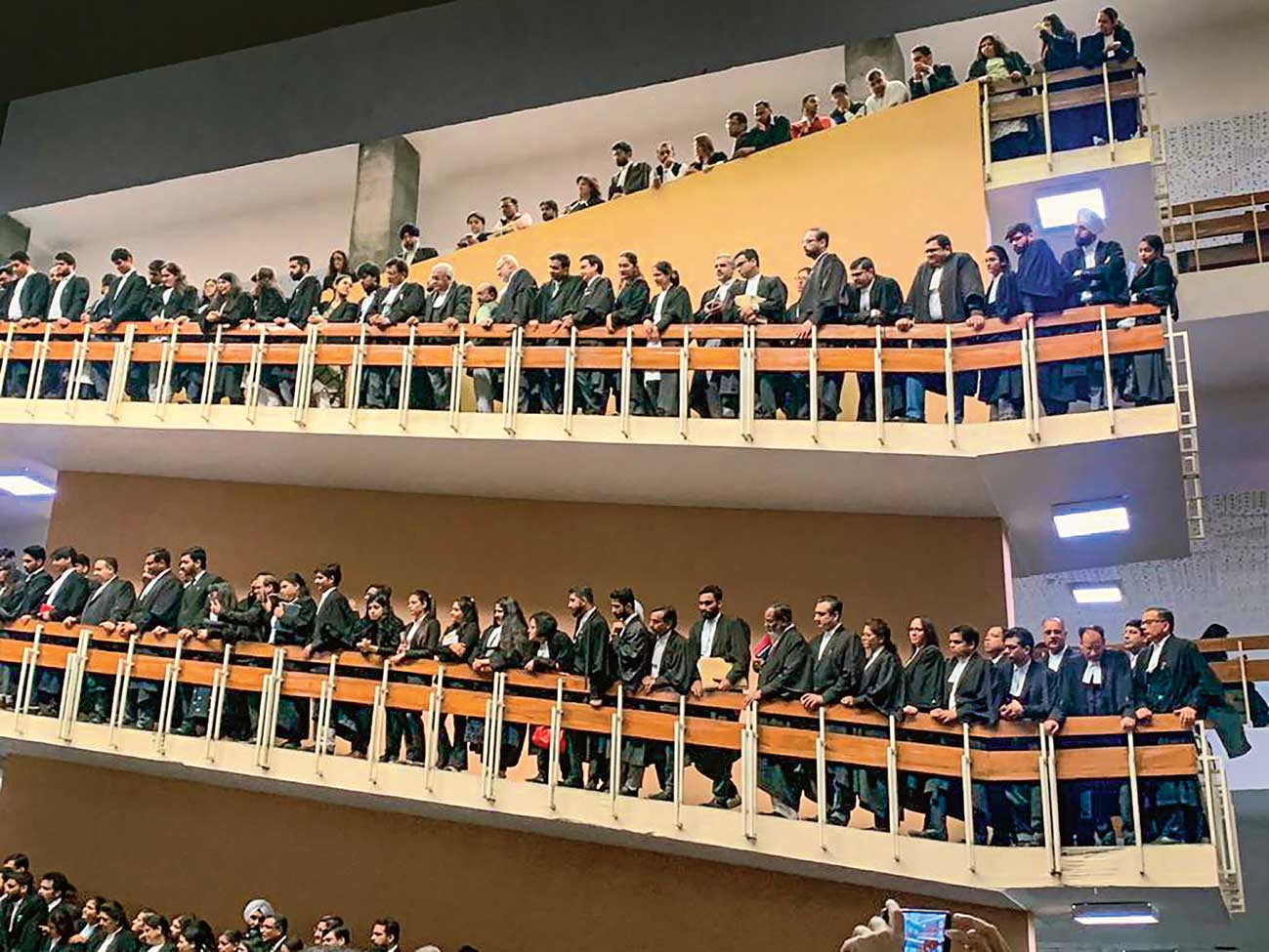 Lawyers lining up at Delhi High Court on Thursday to give an unparalleled farewell to Justice S. Muralidhar.
(PTI)
The Telegraph   |   Published 05.03.20, 08:34 PM

PTI picture shows lawyers lining up at Delhi High Court on Thursday to give an unparalleled farewell to Justice S. Muralidhar, whose transfer was notified at midnight after he had asked Delhi police to take a decision by the next day on filing FIRs against leaders for hate speeches ahead of the Delhi riots.

Lawyer Rebecca John posted on Facebook later: “It was a remarkable farewell to one of Delhi High Court’s finest. In the 33 years that I have been part of this court, I have never seen any farewell like this one. Later, at the more formal Full Court Reference, the Bar spoke in one voice, celebrating his fearless independence and condemning his transfer.”

Justice Joseph urged the law universities in Delhi to send their students to work as volunteers in the riot-affected areas.