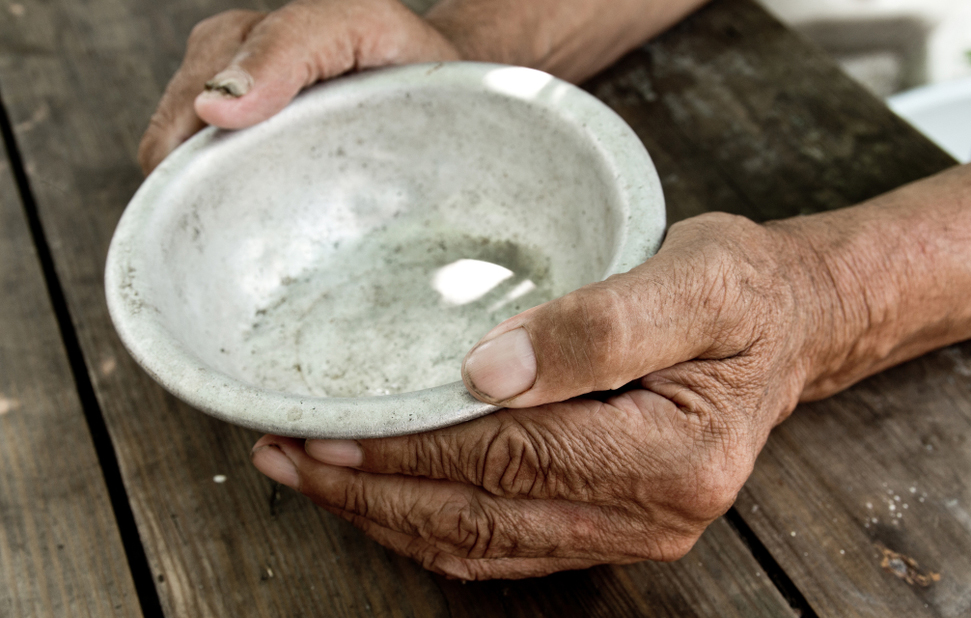 As many as 21 people have died in the state since September 2017 of suspected starvation, according to the state convener of the Right to Food Campaign, Asharfi Nand Prasad. But the state government has consistently refused to admit that any of them was caused by hunger, citing pre-existing ailments
(Representative image: Shutterstock)
TT Bureau   |   Ranchi   |   Published 08.06.19, 01:09 AM

The death of a senior citizen in rural Jharkhand has been linked to starvation, allegedly triggered by a two-month ration freeze that the dealer has blamed on Internet glitches.

If the account is established, it will shine a torch on a little-debated aspect of the celebrated ration delivery system based on the online biometric model.

“Ramcharan Munda, 65, was not given rations for the last two months by his PDS (public distribution system) dealer. Our officials have found this to be true. There’s ‘zero’ written in the delivery chart for two months in respect of Munda,” Latehar deputy commissioner Rajiw Kumar told The Telegraph on Thursday.

Such a confirmation is a rare occurrence in Jharkhand. As many as 21 people have died in the state since September 2017 of suspected starvation, according to the state convener of the Right to Food Campaign, Asharfi Nand Prasad. But the state government has consistently refused to admit that any of them was caused by hunger, citing pre-existing ailments as the probable causes. 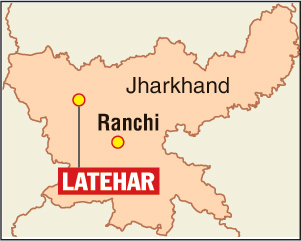 Munda, who died on Wednesday, hailed from Durup, a remote Latehar village more than 170km from Ranchi. Sources said Munda lived with wife Chamri Devi and daughter Sunila Kumari in a hut. His son died of TB two years ago.

Prasad blamed the state government for the recurring tragedies.

“The area in Latehar where Munda died of starvation lacks good Internet facilities. This was reported to the district administration by the PDS dealer,” said Prasad, who is part of a nine-member state government committee formed last year to formulate a protocol for defining and investigating starvation deaths.

“The state government should make the food supply offline, instead of following the existing biometric-based ration delivery system, in areas with network issues,” he added.

Deputy commissioner Kumar said he would investigate whether the PDS dealer had sold Munda’s rations to others at a premium.

“This is too serious a matter. I fail to understand how ration to this senior citizen was denied for two months on the pretext of poor online connectivity of the point-of-sale machine and an unresponsive biometric machine,” the deputy commissioner said.

Jharkhand has put in place a system of “express money” under which the panchayat head keeps Rs 10,000 that can be used during such exigencies. Kumar said he would find out why the money was not used in this instance.

James Herunj, state convener of NREGA Watch, said one of the NGO’s aid workers, Afsana, had visited Munda’s home a day after his death.

“The home had nothing, a clear sign that they lived in abject poverty,” he said quoting Afsana, who had reached the place after Munda’s family had created him using money pooled from fellow villagers.

Afsana said Munda and Chamri Devi were old-age pensioners but had not been receiving pension for the past five months.

Deputy commissioner Kumar confirmed Afsana’s visit to Munda’s home but could not say whether the couple were pensioners.

He said Afsana had informed SDO Mahuadarn Sudhir, who had sent an official to the Munda home with 50kg rice and Rs 2,000 for the family.