Raina and Gupta expressed their condolences to the family of late pandit Puran Krishan Bhat, also said that justice will be done 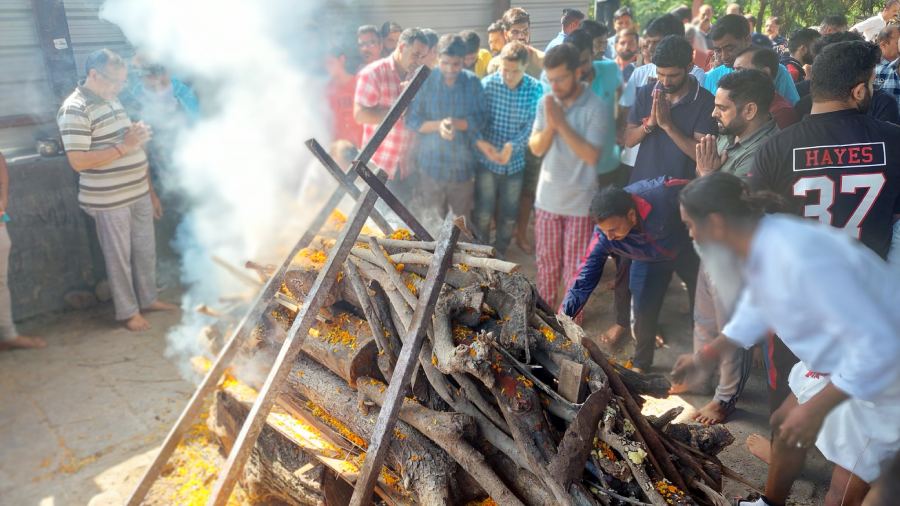 Jammu and Kashmir BJP president Ravinder Raina along with his party colleague and former deputy chief minister Kavinder Gupta on Tuesday visited the house of slain Kashmiri pandit Puran Krishan Bhat here to express their condolences with the family, a party spokesman said.

Bhat was shot dead by terrorists outside his ancestral house in Shopian district of south Kashmir on Saturday.

Raina and Gupta visited the house of the slain Bhat at Muthi on the outskirts of Jammu and expressed their condolences with the bereaved family, the spokesman said.

He said Raina assured support to the victim's family and also said that justice will be done with them.