Jammu and Kashmir reorganisation: Reckless assault on federalism and democracy 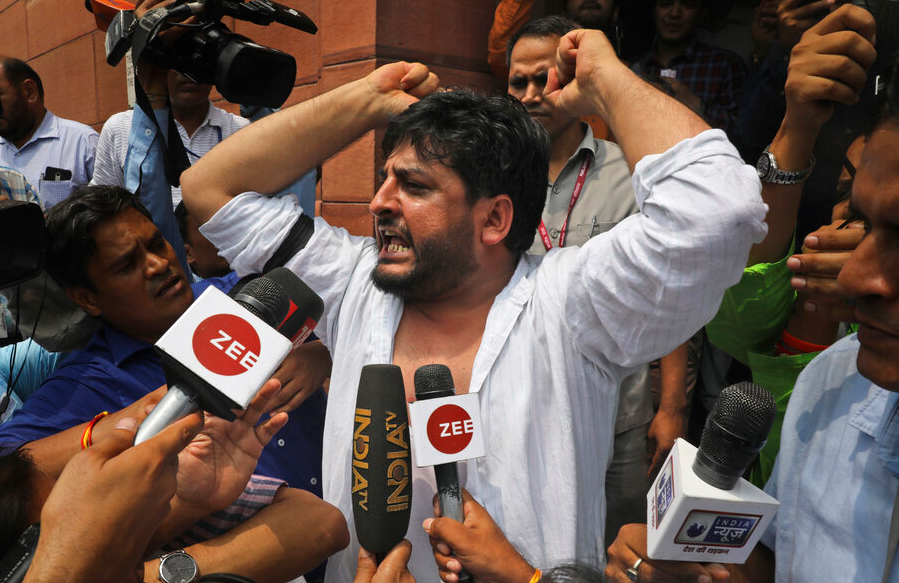 What transpired on August 5, 2019, was much more than the repeal of an article of the Indian Constitution. The autonomy for Jammu and Kashmir enshrined in Article 370 had been already whittled down by successive Congress regimes since 1954. A dead letter for decades, an audacious BJP government has simply given it an unceremonious burial. But it has done much more.

Paying scant regard to the norms of parliamentary democracy, it has heaped humiliation on a regional people and declared its determination to achieve integration through the force of arms. A brazen and reckless assault on federalism and democracy, the government’s move will provoke further alienation instead of nurturing a sense of belonging to the Indian Union.

The origins of Article 370 can be found in Article 306A, inserted by the Constituent Assembly as an interim measure in October 1949, limiting the accession of Jammu and Kashmir to defence, foreign affairs and communications.

Following the Delhi Agreement in July 1952 between Jawaharlal Nehru and Sheikh Abdullah on Kashmir’s autonomy, Article 306A was replaced by Article 370 of the Indian Constitution.

After Sheikh Abdullah’s imprisonment in August 1953, a Constitutional Order was promulgated by the President of India in 1954 upon the advice of Nehru’s government empowering the central government to legislate on all subjects on the Union list, not only defence, foreign affairs and communication.

The 1954 Order also imposed restrictions on fundamental rights and enabled the suspension of the freedom of speech and association on “grounds of security”. In less than two years Article 370 had been reduced to a shadow and a husk of what it was originally meant to be.

This has been the background of demands by pro-India Kashmiri parties for restoration of autonomy to its pre-1953 status.

In 1957, the Kashmir government headed by Bakshi Ghulam Muhammed adopted a new state constitution that acknowledged Jammu and Kashmir’s status as “an integral part” of the Indian Union. The following year the central administrative services were brought into Kashmir through a constitutional amendment. Articles 356 and 357 of the Indian Constitution were made applicable to Jammu and Kashmir in 1964-1965 and would be misused in the 1980s to dismiss elected state governments.

The state was brought under the purview of Article 249 enabling the central government to legislate even on matters on the provincial list. The governor and chief minister model replaced the more grandiose designations of the early 1950s’ pacts on autonomy.

In substantive terms, therefore, the debate between political parties on whether to retain or repeal Article 370 had lost relevance, but it did have a symbolic residual value.

As long as the BJP needed the support of regional allies, the issues of Article 370, Ayodhya and a uniform civil code had been put on the backburner. Now the government appears to have decided that the time has come to throw all caution to the winds.

The repeal of an article of the constitution, attenuated though it was over the decades, has been preceded by honing the instruments of repression.

The choice of the route of a Presidential Order to effect the change diminishes the stature of India’s parliamentary democracy.

In colonial times our British masters had introduced a central legislature whose members could discuss but not vote on crucial pieces of legislation. Just because Article 370 had been instituted and amended through Presidential Orders in the early years of independence is no justification for following that undemocratic method after nearly seven decades of experience in parliamentary democracy.

Why should India’s Parliament be reduced to discussing a fait accompli and rubber-stamping an autocratic decision in 2019?

The BJP government has gratuitously added insult to injury by lowering the political status of the regional people of Jammu, Kashmir and Ladakh. Falling short of the RSS’s pernicious calls in the past to trifurcate the state along religious lines, the government’s arbitrary decision to bifurcate does grievous injury to principles of federalism and democracy. A state aspiring for greater autonomy has been reduced to two Union territories.

Genuine unity can never be achieved through forced centralisation and fiats from above. I had argued in a Lok Sabha debate on Kashmir in July 2016 that a free and flexible federal union would be a much stronger and longer-lasting Indian Union — a union that young people in the northern and northeastern extremities of our country would yearn to join and not want to leave.

Vajpayee’s invocation to insaniyat counts for nothing among the current leaders of the BJP. The central government has poured in tens of thousands of security personnel into Kashmir in the last few days in addition to the hundreds of thousands of soldiers already stationed there.

“Kashmir can be conquered by the power of spiritual merit,” Kalhana had written in his twelfth-century chronicle Rajtarangini, “but never by the force of soldiers.”Modi and Shah have no time for that piece of sage advice.