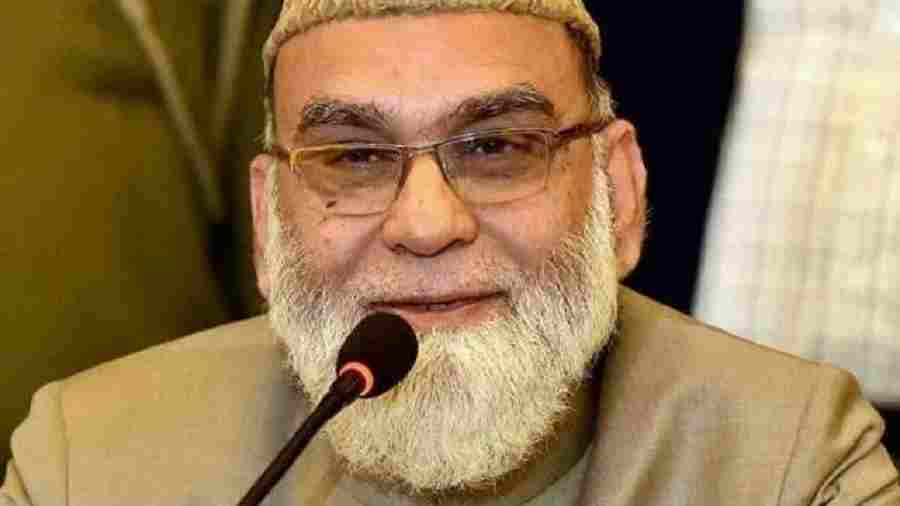 Shahi Imam of Jama Masjid Syed Ahmed Bukhari on Friday asked the Centre to close the "doors" through which the "winds of hatred and communal tension" were entering into the society.

Addressing a gathering on the last Friday Namaz of the holy Ramzan at Jama Masjid here, Bukhari made an emotional speech expressing concern over the atmosphere of "hatred and communal tensions" in the country and said Indian Muslims look up to Prime Minister Narendra Modi.

The Shahi Imam also said he will soon seek an appointment to meet Modi and Home Minister Amit Shah, saying the meeting was necessary in order to safeguard Hindus, Muslims, democracy and secularism in the country.

"The doors through which these winds of hatred and communal tension are entering can be closed right now by the prime minister and the home minister. In view of the current situation in the country, I urge the prime minister that your urgent attention is needed...," he said.

Bukhari said the "destiny" of the country and its people were to be "decided" by the prime minister and the home minister as every secular citizen was concerned about the prevailing atmosphere.

Asserting that he cannot let the country "burn in the fire of hatred", Bukhari said, "I would like to urge the PM that this conspiracy of our enemies needs to be thwarted so that the traditional brotherhood is fully restored and justice is done to those who have been victims of violence in different parts of the country."

Citing the recent demolition drive by North Municipal Corporation of Delhi in Jahangirpuri, Bukhari questioned if it was right to use bulldozers to destroy homes and livelihoods of people.

"The government will decide who is guilty. The truth will come out if there is an impartial inquiry. But is it justified that someone's homes and shops are demolished and they are left unattended to on the streets," Bukhari sought to know.

"Was it right to use bulldozer in Jahangirpuri? Those whose houses and shops were destroyed, including Hindus and Muslims, were weeping and pleading. There were many who had documents but they could not show them and their houses were destroyed," he claimed.

Bukhari also lashed out at the Congress and the Samajwadi Party saying they remained "silent" when bulldozers were used in Uttar Pradesh.

Ninety six percent Muslims had voted for the Samajwadi Party there, he claimed, lashing out at "secular" parties.

The Hindus and Muslims have been traditionally respectful of each others' processions and festivals. But is this new tradition of carrying swords and pistols, and chanting slogans outside religious places of other communities right? he said.

Bukhari said neither Hindus nor Muslims wanted to face any troubles or sorrows as they had already lost their loved ones and their means of livelihood during COVID-19.

The Shahi Imam said the walls of hatred need to be dismantled as the "differences" between the two communities were harmful and worrisome for the country.

Both Hindus and Muslims have made sacrifices for the freedom of this country. It needs to be ensured that this sacrifice is not wasted, he added.