Jaishankar dodges questions on any contact with Taliban fighters 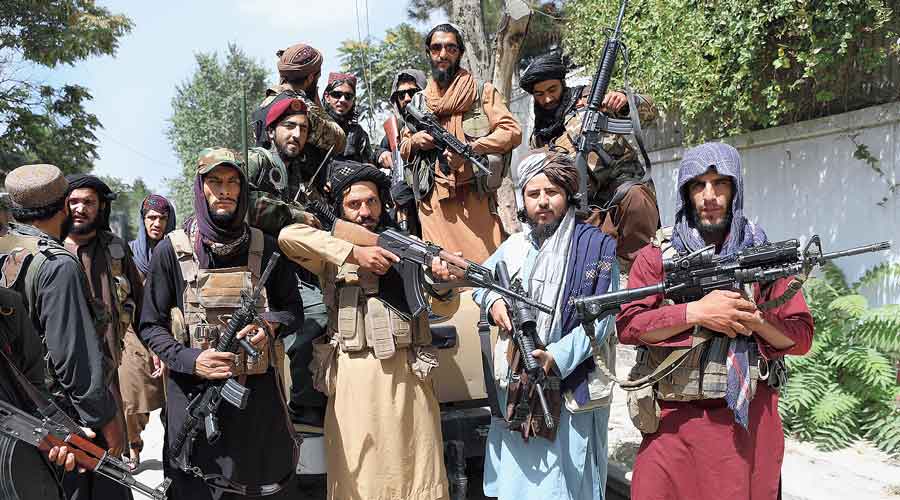 External affairs minister S. Jaishankar on Wednesday dodged questions on any contact with the Taliban while stating that India’s historical relationship with the Afghan people would continue and guide New Delhi’s approach in the coming days.

At a media stakeout in the UN, Jaishankar was asked the direct question whether India had had any contact with the Taliban in recent days.

The minister’s response was evasive: “I think at this point of time, we are looking at what is the evolving situation in Kabul. Obviously, the Taliban and its representatives have come to Kabul. So, I think we need to take it on from there.”

Although there have been uncontested reports over the past couple of months about India having opened back channels with the Taliban in anticipation of the group becoming part of the governance structure in Kabul, New Delhi has never publicly acknowledged such contact.

On Tuesday, sources did indicate that some of these back channels had come in handy in ensuring the safe passage for the cavalcade of cars ferrying Indian diplomats, embassy staff and other Indians from the mission to the Kabul airport for evacuation.

Asked if India would remain engaged in Afghanistan if there was a Taliban government or a Taliban-dominated government in Kabul, Jaishankar said India’s considerable investment in Afghanistan reflected a historical relationship with the Afghan people.

“I think that relationship with the Afghan people obviously continues and that will guide our approach to Afghanistan in the coming days,” he said.

Jaishankar did not allow himself to be drawn into discussing the increased threat perception for India after the Taliban takeover, given the group’s links with Pakistan.

Instead, he chose to focus on India’s stated priority at the moment -– bringing back the remaining Indians stranded in Afghanistan at a time commercial operations at the Kabul airport remain suspended and New Delhi lacks a diplomatic presence in that country.

“At the moment we are – like everybody else—very carefully following developments in Afghanistan. I think our focus is on ensuring the security in Afghanistan and the safe return of Indian nationals who are there.”

That, he added, had been the focus of his engagements in New York in conversations with the UN Secretary-General and during a telephone call with US secretary of state Antony Blinken.

India has been in constant touch with the US and has indicated that it would decide its course of action relating to the Taliban in consultation with other democracies.

With an estimated 500-plus Indians still stranded in different parts of Afghanistan, the decision to close the embassy is increasingly being questioned.

Academic and foreign policy expert Happymon Jacob tweeted: “Senior Indian diplomats should be back at the Indian embassy in Kabul promoting India’s interests there. Having local staff in Kabul providing consular services is not good enough.”

This was a position articulated by retired diplomat M.K. Bhadrakumar earlier this week, describing the decision to pull out diplomatic staff as a mistake. “A closure of the mission in Kabul will be a Himalayan blunder when the wheels of diplomacy & politics are set to accelerate. Normal politics is poised to grow a little each day. Retrenchment will only damage India’s interests and isolate it in the region.”

At the cabinet committee on security (CCS) meeting on Tuesday after the evacuation flight landed near Delhi, the Prime Minister is said to have emphasised bringing back the remaining Indians. But there has been no indication over the past 48 hours of any evacuation being planned.

The external affairs ministry had on Tuesday, before the CCS meeting, indicated that the remaining Indians would be brought back once commercial operations resumed at Kabul airport.

The UK high commissioner in India, Alex Ellis, said India and the UK had a prominent role to play in the international community’s response to the situation in Afghanistan.

Unlike many of the other western countries, the British high commissioner to Afghanistan is still in Kabul. The high commission is assisting in the evacuation, which had till Wednesday facilitated the departure of 306 British and 2,052 Afghan nationals.

At UN with eye on China, India warns of double standards on terrorism