At the turn of the 20th century, the original had taken a life of its own during the anti-fascist resistance as a universal symbol of protest 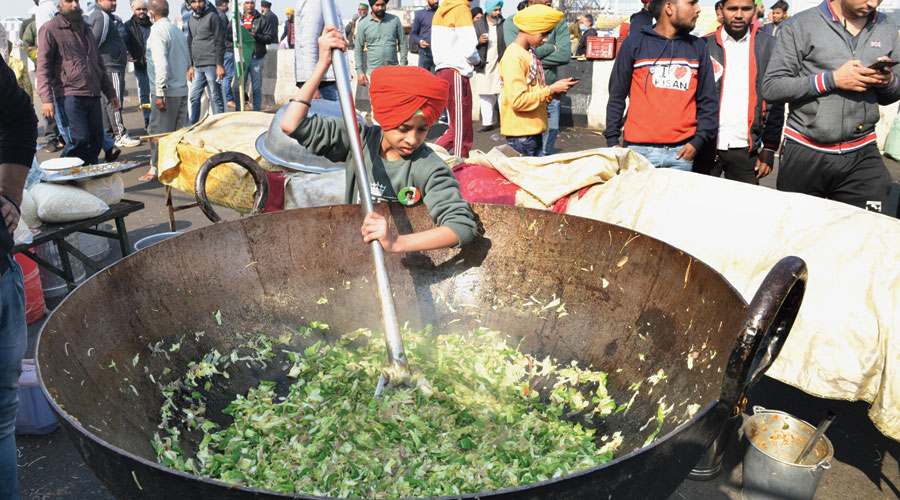 In the span of a year, the streets of India have proved to be fertile ground for the churning out of two Indian versions of Bella Ciao — the Italian protest folk song that became an anti-fascist resistance anthem against Nazi German occupation.

After the anti-CAA “Wapas jao”, which borrowed the tune of Bella Ciao and tailored it to the context of the protest against the Centre’s citizenship thrusts, the second version — “Farm laws wapas jao” — is a throwback to the original sung by the mondina (seasonal rice workers) in protest against the harsh working conditions in the paddy fields of north Italy at the turn of the 20th century. It was this original that had taken a life of its own during the anti-fascist resistance as a universal symbol of protest.

“Given the history of Bella Ciao, it just made sense to make a version of it tailored to the farmers’ protests,” 27-year-old Poojan Sahil, the man behind both Indian versions, told The Telegraph as the Punjabi version of the song has gone viral online within a fortnight of its release.

Poojan’s song has been made into a video and uploaded on YouTube. The video, which has a montage of pictures from the farmers’ protest, has been produced by Karwan-e-Mohabbat, a people’s campaign for constitutional values.

Poojan plans to visit the farmers’ protest site over the weekend to see for himself if the song has struck a chord with the farming community picketing at Delhi’s borders, particularly at Tikri and Singhu where the majority are from Punjab.

Released on YouTube on December 17, the video has already got nearly three lakh views, given the aggressive use of social media by not just the protesters but also those supporting them in India and across the world.

Poojan, an engineer by training who chose to take up teaching mathematics at school level, tried his hand at Bella Ciao for the first time around this time last year during the protests against the Citizenship Amendment Act (CAA) and the Hindi version also had gone viral.

A Punjabi himself, he took the help of his parents to pen the song for the farmers’ protest and would like to perform it at one of the sites if there are takers.

Though he makes his own music, Poojan likes to work around already familiar songs for such issues because he feels the familiarity helps in spreading the word. “Music and rhyme are a good way to communicate; particularly to people who may not agree with you.” And, a song like Bella Ciao has shown it has the staying power.

As for his politics, the Delhi boy insists that like many of his generation, it has evolved because the politics of the country has thrown them into the deep end of the pool over the past six years.

“Like many of my generation who came out to support the anti-CAA protests, there is disappointment at what is going on around us. We feel that we will have to struggle for freedom of thought, the very existence of our friends.... essentially the world the generations before us took for granted,” Poojan said, reliving what Bertold Brecht said in the 1930s: “In the dark times will there also be singing? Yes, there will also be singing. About the dark times.”

And, Bella Ciao is not alone. Faiz Ahmed Faiz’s Hum Dekhenge has also got its own farmers’ protest edition in a mix of Punjabi and Tamil as an offering of a Chennai-based youth initiative by the name of Justice Rocks and has been hashtagged “Madrasis4Punjabis”, showing that the agitation have found resonance across the country and linguistic barriers.