Indian-Americans come out in support of duped students 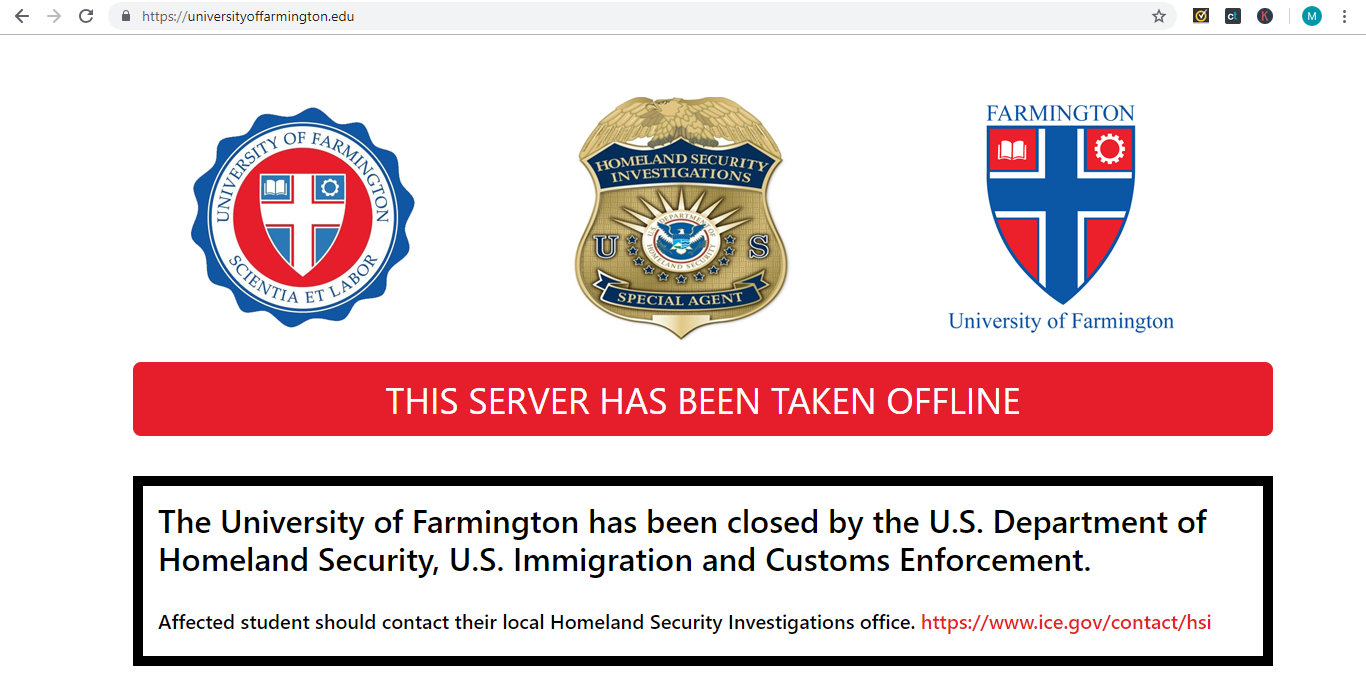 Eminent Indian-Americans and some media outlets have questioned the reason behind the US government detaining 129 Indians in the 'pay-and-stay' university visa scam, saying 'trapping of innocent students' is a 'crime, illegal and immoral'.

As many as 130 foreign students, of who 129 are Indians, have been arrested by the US Department of Homeland Security for enrolling in a fake university allegedly to remain in America.

The 'fake' University of Farmington was set up by the DHS's investigating unit in Greater Detroit area to bust the 'pay-and-stay' racket.

Doctor Raghava Reddy Ghosala, a psychiatrist and president of North American Telugu Association (NATA), said the 'trapping of innocent students like this is a crime. This is illegal and immoral'.

He has been in touch with several of these students detained by the Immigration and Customs Enforcement (ICE) as part of its nationwide crackdown on the 'pay-and-stay' racket.

The university in the last two years had enrolled some 600 students, mostly Indians. It held no classes and collected a nominal fee from the students and gave them curricular practical training on the first day of the enrolment, which gave students temporary authorisation for practical training directly related to their study or to work.

'As per our inquiry, it looks like they (the US government) set up the trap. I heard from victims,' Ghosala said, adding that one of the students even went to India and came back without any problem.

'He did not get arrested then. Now he is leaving the US for good on Monday. Such a modus operandi is illegal and is a wrong thing to do,' he said.

Amer Zahr, a professor of law at the University of Detroit Mercy, told the WXYZ Detroit News: 'It seems the government was really involved in tricking students into violating the terms of their visas.'

He is the family spokesperson for Najilaa Musarsa, one of the students from Dearborn Heights who is now locked in federal detention in Calhoun county. Her family says she honestly wanted to go to college, the news channel said.

The channel questioned the ICE's assertion that the students were not interested in studying and they illegally paid to the university to stay on.

It interviewed some people who worked in the same building where the university was based.

'They were asking about what time they open, what time they close,' Nada Abdulmeseh, who works in the building, told the news channel. Many a times, students were trying to find out information about the school and they were struggling to get a hold of people, she said.

Steven Jeffers, who also worked in the same building, said that some came with backpacks, asking about classes.

'I feel sad for them because I know some of them did not know. It is a waste of money. I hope they can clear it up, clear their name,' he was quoted as saying.

Russell Abrutyn, an attorney who spoke to several detained 'students,' told WXYZ Detroit that the government took money from the innocent people under false pretences.

'Once they are out of this money, they do not have a support network, to say, here is another $5,000 or $15,000 go to another school. Some were stuck in this situation,' Abrutyn said.

The ICE did not immediately respond to questions.

'What's the reason for putting up a fake university. What are they trying to show the world. As many as 600 people have been trapped into these for more than a year,' community leader Sridhar Nagireddy said.

A number of Indian-American groups have come together to help these students in need, he said, adding that about half a dozen law firms and attorneys have offered their free legal services to the students.

Ravi Mannam, an immigration lawyer based in Atlanta, in an interview to The New York Times, criticised the undercover operation as misleading and said some students had believed they were enrolling in a legitimate programme. 'The government utilised very questionable and troubling methods to get these foreign students to join the institution,' he said.

The Indian embassy has taken up the issue of these students very strongly with the US government.

'Entrapment is a very fine and elegant defence which may be available to some, but not all. These are tragic events, with real people in real trouble. I fear that there might be some innocent dolphins caught in the tuna fishing nets,' Indian-American attorney from New York Ravi Batra said.