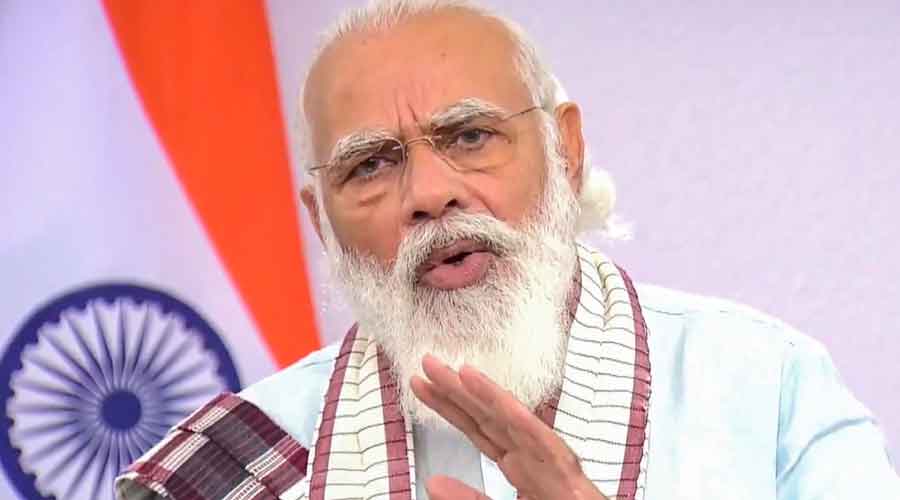 China, the land of proverbs, must be familiar with the sage advice for the garrulous as well as the practitioners of statecraft although its source is disputed: “Don’t speak unless you can improve the silence.”

Prime Minister Narendra Modi has taken the proverb to heart, suppressing the flames of fury that neighbours like Pakistan ignite in him and deploying the cerebral skills of statesmanship and high diplomacy ever since China squatted on Indian territory from May.

Look what that sagacious strategy has reduced China to: a bully that picks on the best-behaved boy in class for no reason whatsoever.

On Tuesday, Beijing declared: “The Indian side should earnestly abide by the one-China principle and handle the Taiwan question prudently and properly.”

China was responding to a question about a report that said “support is growing within India’s government to formally start talks on a trade deal with Taiwan as both democracies see relations with China deteriorate”.

The Bloomberg report attributed the information to an unnamed Indian official who was quoted as saying “the hawks in India who want to start trade talks are getting the upper hand”. The official added that it’s unclear when a final decision would be made on whether to start talks. The report said neither the Indian commerce ministry spokesperson nor Taiwan’s top trade negotiator responded immediately to requests seeking comment.

Yet, asked about the report on Tuesday, Chinese foreign ministry spokesperson Zhao Lijian told a regular media conference in Beijing: “There is only one China, and Taiwan is an inalienable part of China’s territory. The one-China principle is the common consensus of the international community, including India, and also serves as the political foundation for China to develop relations with any other country.”

Zhao said: “China is firmly opposed to any official exchanges of any form and the signing of any agreement of official nature between Taiwan and any country having diplomatic relations with China.”

Zhao then told India to “handle the Taiwan question prudently and properly”.

Like a jealous lover, China is usually prickly about even a whisper or a wink at Taiwan. But Bloomberg had merely reported a wish of the Indian hawks who are apparently gaining the upper hand.

If China seeks to respond to the full wish-list of what the so-called hawks in India want to do to the neighbour, it will have no time to do anything else. Moreover, it is a big mystery in India where these hawks are fluttering about. Not many hawks audacious enough to directly name China as the transgressor on the border have been spotted in public till now.

On Tuesday, China could have easily replied that it does not respond to speculation — which is what it does with a straight face when asked about its casualties in the Galwan Valley.

India does not have diplomatic relations with Taiwan. Both governments have representatives in each other’s capitals to facilitate cultural and business relations. So far, New Delhi has approached the issue with great sensitivity towards China’s concerns.

As for the Prime Minister, he has treated China with extreme courtesy and decorum, going to the extent of declaring a few days after 20 Indian soldiers were killed in the Galwan Valley that no one had intruded into Indian territory.

Earlier this month, the Modi government studiously avoided greeting Taiwan on its National Day even though there was a domestic clamour for doing so to get back at China in the face of Chinese aggression.

Modi’s best behaviour continued on Tuesday, too, in the face of the insolent statement by the Chinese and extreme provocation by Rahul Gandhi who asked the Prime Minister to reveal during his 6pm address “the date by which Chinese soldiers are going to be kicked out of India”.

Refusing to be swayed by such distractions, Modi struck to the business at hand, warning the country to keep up the Covid guard. The Prime Minister quoted Kabir and Tulsidas, not Confucius.

Modi caution but silence on rallies