‘PM can’t let China use his words to claim vindication’ 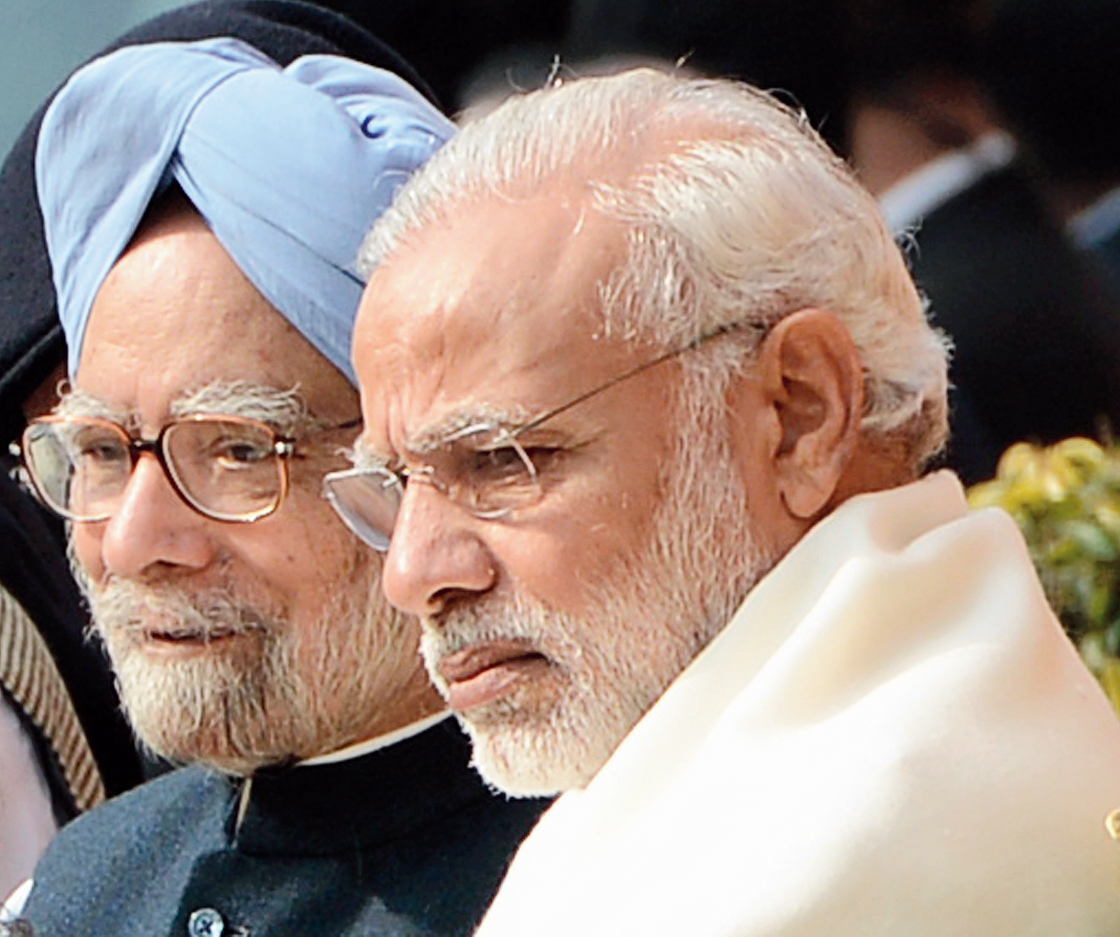 Former Prime Minister Manmohan Singh on Monday cautioned Prime Minister Narendra Modi against making declarations that could be used by China to vindicate its position and asked the government not to be intimidated into a compromise on India’s territorial integrity.

“At this moment, we stand at historic crossroads. Our government’s decisions and actions will have serious bearings on how the future generations perceive us. Those who lead us bear the weight of a solemn duty. And in our democracy that responsibility rests with the office of the Prime Minister. The Prime Minister must always be mindful of the implications of his words and declarations on our nation’s security as also strategic and territorial interests,” Singh said in a statement released on Monday morning.

In his own understated manner, Singh wielded the stiletto with finesse, saying: “We remind the government that disinformation is no substitute for diplomacy or decisive leadership. The truth cannot be suppressed by having pliant allies spout comforting but false statements.”

If the reference to “disinformation” amounted to an accusation of an attempted cover-up of the intrusion in eastern Ladakh, that to “decisive leadership” suggested a failure to stand up to Chinese pressure.

Singh’s statement stood out for its clarity at a time Modi and the Prime Minister’s Office have been tying themselves in knots after the Prime Minister’s speech at the all-party meeting on Friday and his misleading silence in the run-up to the bloodshed on the Line of Actual Control in spite of ample warning bells since early May.

At the all-party meeting, the Prime Minister had said: “Na wahan koi hamari seema mein ghus aaya hai, na hi koi ghusa hua hai, na hi hamari koi post kisi doosre ke kabje mein hai (Neither has anyone entered our border, nor is anyone there, nor any of our post has been taken by them).”

Soon after Modi’s speech on Friday night, the Chinese propaganda machine had gone on an overdrive, highlighting this particular statement and translating it into Mandarin to claim vindication of Beijing’s insistence that its troops did not intrude into Indian territory.

Within India, there was a backlash with several military veterans expressing dismay.

The damage was so deep that the Prime Minister’s Office felt compelled to issue a convoluted clarification next day — after claiming that a “mischievous interpretation” was given to Modi’s statement — that “the Prime Minister’s observations that there was no Chinese presence on our side of the LAC pertained to the situation as a consequence of the bravery of our armed forces”.

On Monday, Singh offered sagacious advice to Modi who had often ridiculed his predecessor and sought to portray him as weak: “The Prime Minister cannot allow them (the Chinese) to use his words as a vindication of their position and must ensure that all organs of the government work together to tackle this crisis and prevent it from escalating further.”

These comments from a former Prime Minister and economist of global stature will particularly sting the BJP, which has so far been dismissing the attacks from Rahul Gandhi and other Congress leaders as “playing politics during a crisis”.

In the statement, Singh flagged factors that the government had tried to paper over for several weeks. “China is brazenly and illegally seeking to claim parts of Indian territory such as the Galwan Valley and the Pangong Tso lake by committing multiple incursions between April 2020 till date,” Singh said.

He asserted: “We cannot and will not be cowed down by threats and intimidation nor permit a compromise with our territorial integrity.”

Living up to the dignity of his erstwhile office, the former Prime Minister added: “This is a moment where we must stand together as a nation and be united in our response to this brazen threat.”

Singh asserted that the sacrifice of the soldiers cannot be allowed to go in vain.

“We call upon the Prime Minister and the government to rise to the occasion, to ensure justice for (the slain commander) Col B. Santosh Babu and our jawans who have made the ultimate sacrifice and resolutely defended our territorial integrity. To do any less would be a historic betrayal of the people’s faith.”

The cut and thrust of the discourse clearly goes beyond the contours of India-China relations. The Congress is seeing in this moment the unravelling of the myth of strong leadership that sustained Modi in the 2019 general election.

If Modi had then turned the tide with the Balakot air strike, the Congress now appears determined to rip into that machismo.

The gravity of the crisis on the border and Singh’s adherence to propriety did not allow him to make any personal comments. He confined himself to a reference to “decisive leadership” unlike Modi, who used to call the respected public figure names.

But Singh’s decorum could not prevent the resurfacing of a six-year-old video clip on social media last week in the darkest hours that followed the Ladakh bloodbath.

The clip shows Singh, then Prime Minister, saying history would be kinder to him, when asked about the BJP and Modi calling him “weak”.

Singh had added: “If you measure the strength of the Prime Minister by presiding over mass massacre of innocent citizens on streets of Ahmedabad, then I do not believe in it.... I do not think that this kind of strength this country needs, least from its Prime Minister.”

On January 3, 2014, Manmohan Singh was addressing his last media conference as Prime Minister. Six years down the line, Prime Minister Narendra Modi is yet to address his first.