Advertisement
Home / India / In season of NRC, flashback to life and death in the shadow of constant fear of deportation

In season of NRC, flashback to life and death in the shadow of constant fear of deportation

Had he been alive, Ahammed would have been 89 today 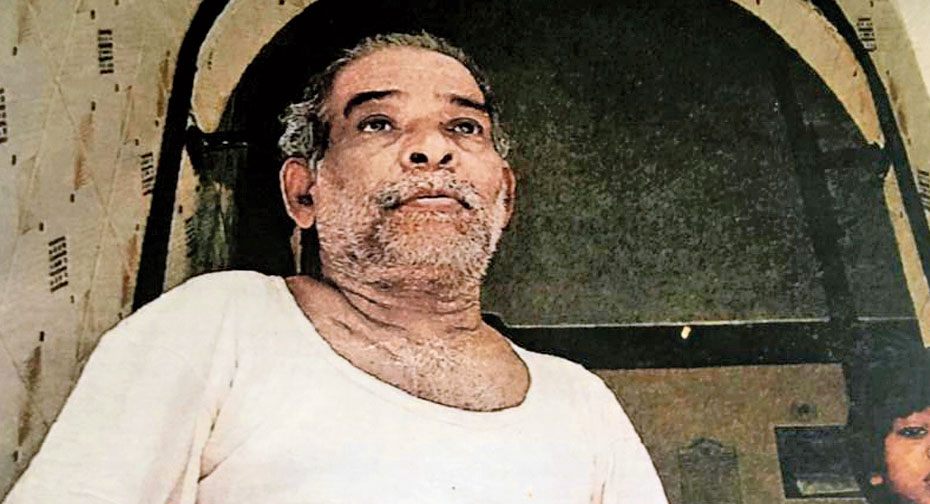 Thoombil Ahammed did not live to witness the trauma inflicted by the National Register of Citizens in Assam, hundreds of miles away. But his own life was spent under the shadow of a constant fear of jail and deportation, a fear now visiting 19 lakh residents of Assam who have been left out of the NRC.

Had he been alive, Ahammed would have been 89 today. An illiterate ex-migrant worker, he died 10 years ago in his native Thirunavaya in Kerala’s Malappuram district after a decades-long, fruitless battle to regain his lost Indian citizenship.

Ahammed was among 700-odd Muslims from north Kerala who worked for a living in Pakistan around the time of Independence, and could never convince the Indian authorities after their return that they were Indians.

Some of the 700 had migrated to Karachi or Lahore just before Independence. Many had ventured there in search of a living shortly after the Partition, at a time when it had probably not sunk in that Pakistan was now a different country. But Ahammed was the most unfortunate — he got trapped in the neighbouring nation for no fault of his own.

When this correspondent met him at his home at Pattar Nadakkavu near Thirunavaya on October 17, 2006, Ahammed said he had travelled to Mumbai in his early 20s to work in a restaurant against a daily wage. In 1953, a tour operator promised to take him to Dubai in a wooden ship for Rs 50 but offloaded him at Karachi instead.

He began working in a restaurant there. A few years later, receiving news from Thirunavaya that his mother was unwell, he decided to come and see her. His bosses advised him to apply for a Pakistani passport. The illiterate worker did as told.

He spent three months at home during that first visit and used the same passport to come to Malappuram five times more during his 22-year stay in Pakistan.

It was during these visits that he married Kunhimariam and fathered three children. His wife and children never went to Pakistan and remained Indian citizens. Ahammed moved to Dubai from Pakistan in 1975. In 1998, diagnosed with diabetes and having both his legs amputated, he decided to return for good.

That’s when his troubles began. Police and security agencies in Kerala labelled him an “infiltrator” and repeatedly detained him and threatened to put him in prison or deport him to Pakistan.

In 2004, Ahammed won a breather when Kerala High Court issued a stay in his favour. But he lived in extreme insecurity, fearing the stay could be vacated any time and he might be deported, till the end came on September 4, 2009.

“Give me at least a chance to die as an Indian,” he had pleaded with this correspondent during the 2006 meeting.

It was a dream all the 700 would have harboured, and none saw fulfilled, despite some local MPs pleading their case before the Union government. Now, at a time when the NRC churn in Assam has revived memories of their plight, the Kerala police insist that none among these elders is alive.

“Death has found the final solution to the complex issue. We too were helpless in the face of the predicament of these hapless people,’’ said V.K. Unnikrishnan, a retired special branch officer in Malappuram who had the job of keeping a watch on foreigners’ movements and “deport Pakistani nationals”.

What compounded matters for some of the 700 was Pakistan’s decision after the Partition not to let any migrant worker leave the country without a Pakistani passport. They unsuspectingly accepted the Pakistani passport, making them permanently suspect in the eyes of the Indian authorities.

When these Malayalis returned to India, many of them were regarded as “infiltrators” and often detained, taken to a desolate border spot and “deported” to Pakistan.

There, they were now seen as “Indian spies” sneaking in across the border, jailed and pushed back into India — and so they shuttled back and forth between deportation and counter-deportation.

Others among the 700, who never procured Pakistani passports and couldn’t speak a word of Urdu, aroused suspicion in Pakistan shortly after their arrival and got sucked into the cycle of deportations.

Over and over this went on for more than four decades, with Kerala officials suggesting the last of the 700 returned to India by the late 1990s.

Among the 13 of them this correspondent had met in October 2006, disillusionment had been swift.

All of them were living as exiles in their homeland, mostly in the Kannur, Kasargod, Kozhikode and Malappuram districts along the Malabar coast in north Kerala.

Every time India-Pakistan tensions rose, the police stepped up the search for “infiltrators” and the threat of deportation hovered on the horizon.

Hassan Koya was 84 when this correspondent met him. The Pandikkad native lived in Mumbai when India became Independent. He joined a caravan of camels in Rajasthan and headed to Karachi, where he set up a stationery store and married a Pakistani girl.

In 1953, he came to India for a month on a Pakistani passport. When he returned to Karachi, he found that his shop had a new owner and his wife a new husband. The authorities decided he had a false Pakistani passport. He was arrested and imprisoned for two years before being pushed back into India.

“I was deported four times by Pakistan and twice by India. In Pakistan, I was branded an Indian spy and treated shabbily. When I landed in India, it was the same — except that I was now a Pakistani spy,” he said.

Vattassery Mohammed of Malappuram, aged 83 at the time of the 2006 meeting, had gone to Pakistan after the Partition, become disillusioned within three years and returned to India on a Pakistani passport. As soon as he surrendered his passport at the Parappanangadi police station in Malappuram, he was detained and deported.

He was forced to cross the border near Barmer in Rajasthan, where Pakistani soldiers fired at and wounded him. Vatassery too was deported four times by Pakistan and twice by India.

Eranhikkal Kammu of Munnivoor was a veteran of four deportations each way. Pakistani authorities had demolished his teashop in Karachi after finding that he could not speak Urdu.

He said there were direct trains from Parappanangadi to Karachi and Lahore before the Partition. He had boarded one and regretted it forever.

Several Kerala MPs including A. Vijayaraghavan, then Rajya Sabha member and current convener of the ruling Left Democratic Front, made decade-long efforts to get them Indian citizenship since the turn of the century but without success.

While the home ministry’s objections tied the UPA government’s hand, the BJP claimed the 700 were opportunists who had left after Independence to live in a Muslim country but wanted to return after realising Pakistan wasn’t the paradise they expected.

The then President, A.P.J. Abdul Kalam, had been the lone authority figure to state openly that their demand was just and the government must address it.

“Most political parties were in favour of returning their lost citizenship,” said Thoppil Shajahan, a Tirur-based freelance journalist who had first reported about the exiles and later wrote a Malayalam book on them.

“Several MPs from Kerala had raised the issue in Parliament and made representations to the home ministry, but to no avail.”

When this correspondent visited Perumal Parambil Syed Alavi, 92, he was bedridden and unable to recognise friends and relatives or recall which part of Pakistan he had been in before the Partition. But his name was on the first page of the police list of “Pakistani citizens” facing deportation.

Policemen would visit Alavi regularly. “Are you the same official who came to my home last month to delete my name from the ration card?” he shouted at this correspondent.

A kindly supply officer had entered his name on the ration card but his successor deleted it, saying there could be no rations without citizenship.

K. Masood, who died at 78, was asked by the Indian authorities to establish his Pakistani nationality first and then get a renunciation certificate from Pakistan.

For over two decades, he shuttled between Kerala and Delhi, where the Pakistani embassy told him to cite three witnesses in Karachi to prove he lived there.

“I left Karachi around 35 years ago. How can I find witnesses?” he asked this correspondent.