Iqbal is Pakistan’s national poet and considered the Mufakkir-e-Pakistan, thinker of Pakistan 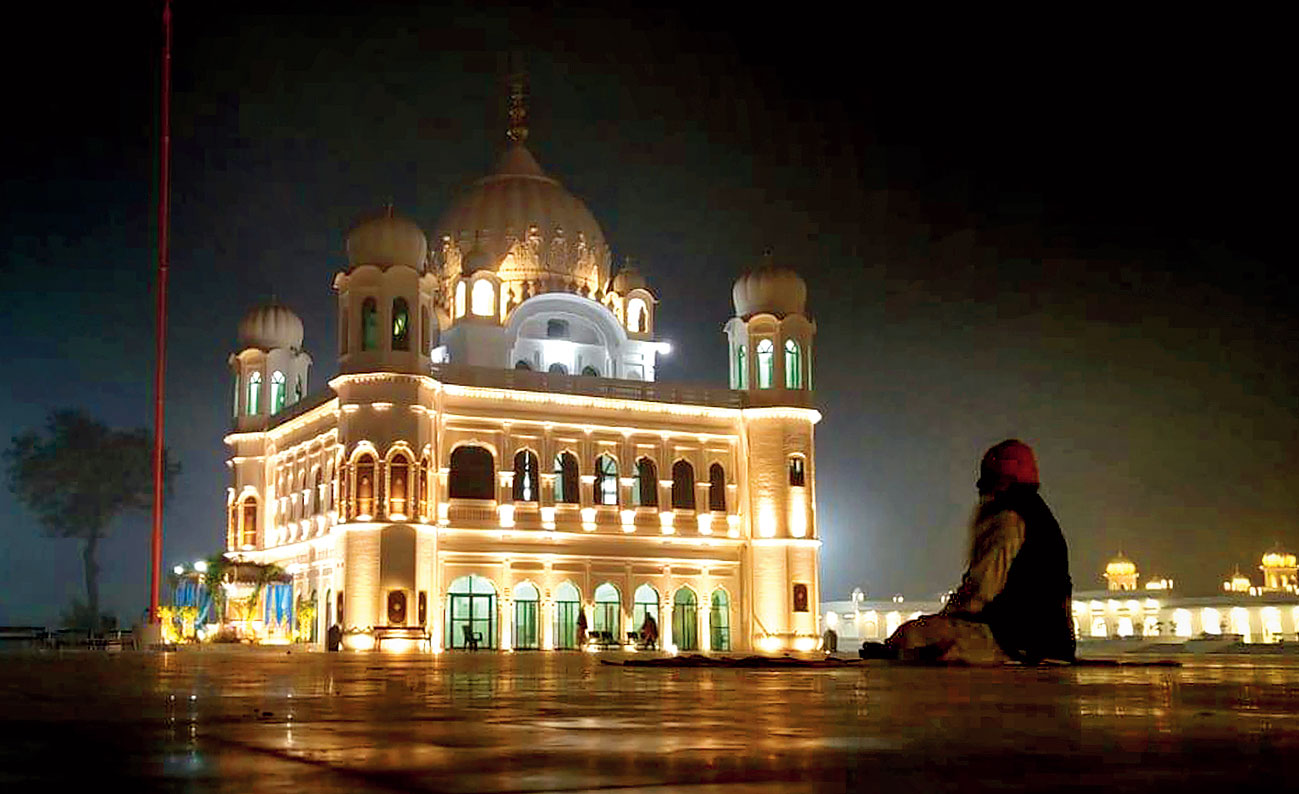 The inauguration of the Kartarpur Corridor coincided with the birth anniversary of Allama Muhammad Iqbal, the poet-philosopher of Kashmiri heritage who is credited with conceiving the idea of Pakistan. Although he died a decade before the new country became a reality, Iqbal is Pakistan’s national poet and considered the Mufakkir-e-Pakistan, thinker of Pakistan.

He eulogises Guru Nanak in various verses and even wrote a poem titled Nanak that described the founder of the Sikh faith as “a perfect man who awoke India from its slumber”. The poet laments that the nation has paid no heed to Nanak’s message of Unitarianism: “This was not the congregation that would benefit from the brilliance of the candle of truth/ The ground was not worthy of the shower of mercy.”

In his latest column, “Iqbal aur Nanak” (November 10), he describes why the religious freedom of the people in the subcontinent is linked to politics and welcomes “the new beginning that should be received with love and the true sentiment”.

He also regrets some people criticising “such a move that brings people together and encourages the spirit of camaraderie”.

Nawa-e-Waqt, an old Urdu daily with a large circulation, in its lead edit for November 12 suggested there was a lot of pressure on the government as the continued “atrocities on Kashmiris by the Indian forces” was fuelling opposition to the corridor.

It also claimed that India had tried hard to sabotage the initiative but for the determined resolve of the Pakistani government to allow Sikhs access to one of their holiest places.

Jang, the largest Urdu daily, also carried opinion pieces that generally saw the initiative positively. Dr Mujahid Mansoori, in his column “From the clash of civilisations to the Kartarpur opening” (November 12), welcomed the opening while mentioning the curtailment of the rights of Kashmiris and the Supreme Court’s controversial Babri Masjid verdict.

He concluded: “This is the world. Here people like (Samuel) Huntington and (Narendra) Modi live, and also people like Imran Khan and (General) Qamar Bajwa.”

Chaudhry Farrukh Shehzad introduced his column in the daily Nai Baat (November 11) with a line from Amrita Pritam’s famous Punjabi poem, Ode to Waris Shah, which was written in reaction to the horrific fratricide of 1947.

In “Kartarpur — Aj kitab-e-ishq da koyi agla warqa phol” (Kartarpur — Today, let us open another page from the book of love), Shehzad offers a poignant glimpse of Punjab’s war-torn past, including the horrors of Partition.

He celebrates Punjab’s history of tolerance through references to the 18th-century Punjabi Sufi poet Waris Shah and his everlasting love ballad, Heer Ranjha, and of course Preetam’s Ode where she invokes the spirit of Waris Shah as an anguished response to the massacres that divided Punjab along religious lines.

Shehzad questions India’s sincerity by mentioning the criticism in the Indian media as well as that by Punjab chief minister Amarinder Singh, “who described it as a Pakistan army project”.

However, he throws the Khalistan Referendum 2020 into the debate, claiming that if the ballot slated for next year gains support, it “would create a situation for India similar to what we had in East Pakistan” (Bangladesh).

He criticises the politician in religious garb, Maulana Fazlur Rehman, who flayed the initiative using religiously charged language and asked “whether Pakistanis should celebrate Nanak or Iqbal’s birthday”.

Dismissing Rehman’s rhetoric as political point-scoring, Shehzad emphasises Iqbal’s admiration for Nanak and quotes from his poem, An Anthem for Indian Children, where he lavishes praise on the guru:

Almost all the opinion pieces that I read drew analogies with the situation in Kashmir. But these evaluations felt half-hearted and lacked conviction. However, Nusrat Javed, a well-known print journalist and television commentator of Kashmiri descent who writes for Nawa-e-Waqt, drew powerful comparisons with the ongoing afflictions of Kashmiris in his two pieces on November 8 and 10.

Javed mentions the severe restrictions placed on Id-e-Milad or the Prophet’s birthday and khujea digr, late afternoon prayers that have been performed annually in Srinagar’s Naqshband Sa’b shrine for the past 400 years.

As a known Imran Khan critic, Javed understandably uses every trick to discredit the initiative, including a lavish use of sarcasm.

“By inaugurating the Kartarpur Corridor, while we remained busy in proving ourselves to be ‘enlightened’ and ‘open-hearted’ in front of the world, the majority of us Pakistanis remained oblivious to this serious attack on Kashmir’s Sufi identity,” he writes.

Muhammad Aslam Khan’s “Darbar Sahib Kartarpur and the candles of memories” (Nawa-e-Waqt, November 12), gives an account of the past efforts to open up the place.

He claims the idea was first mooted in 1962 by Anwar Aziz Chaudhry, an intellectual and politician from Shakargarh in Narowal district of Pakistan’s Punjab province which borders Jammu on the Indian side.

“(Chaudhry) would come to the grave of Baba Guru Nanak every Thursday to light a candle. Those days Darbar Sahib Kartarpur would offer the look of a deserted house,” Khan writes.

Nusrat Javed also credits Chaudhry in one of the columns mentioned above.

Khan describes the scene at the inauguration: “Under the green canopy of the sky a clear and sunny day was revealing its lustre. Beautiful and melodious Sardarnis, who had come from all corners of the world, were happily singing Punjabi songs paying devotions to Babaji Guru Nanak.”

The scribe himself offers a fateha (Muslim prayer for the dead) “with wet eyes” at the sepulchre of Nanak “that has always remained a source of peace in the heart”.

Aided by a convincing vision, he ends his piece with a powerful prophecy:

“On the banks of the Ravi a new history is being written on the lush green fields. (Navjot Singh) Sidhu and Imran (Khan) have won. Modi’s extremism is vanquished.”