The area is marked by a high degree of porosity 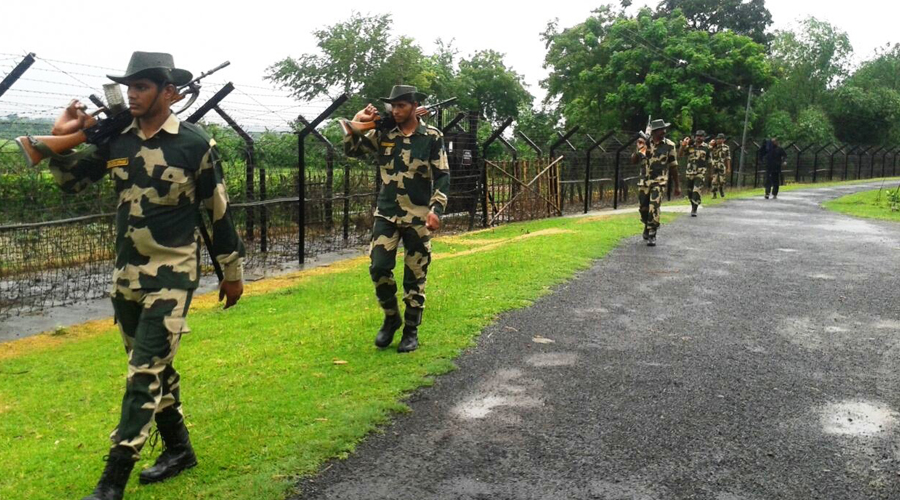 Illegal migration and cross-border activities are major challenges along the India-Bangladesh border, which is marked by a "high degree of porosity", the Union Home Ministry has said in a report.

"The Indo-Bangladesh border is marked by a high degree of porosity and the checking of illegal cross border activities and illegal migration from Bangladesh to India have been major challenges," according to the annual report of the Union Home Ministry for 2021-22.

He said the Centre had asked state governments to take prompt steps to identify illegal Bangladeshi migrants staying in India.

Rai said the states had also been advised to share the particulars of those illegal migrants, who had wrongfully obtained Aadhaar cards, for appropriate legal action.

Former Union minister of state for home Kiren Rijiju had informed Parliament on November 16, 2016 that as per available inputs, "there are around 20 million illegal Bangladeshi migrants staying in India".

According to the annual report of the home ministry, to curb infiltration, smuggling and other anti-national activities from across the India-Bangladesh border, the government has undertaken the construction of a fence along it.

"In order to prevent illegal migration and illegal activities including anti-national activities from across the border, the government of India had sanctioned the construction of border fencing with floodlights in two phases," it said, adding that all the ongoing works are to be completed by March 2024.

The non-physical barrier will comprise technological solutions, while sanction has also been accorded to replace the old design fence with a new design fence.

There have been some problems in the construction of fencing in certain stretches on this border due to riverine and low-lying areas, habitations within 150 yards of the border, pending land acquisition cases and protests by the border population, which have delayed the completion of the project, the report said.

Border roads have been constructed for better communication and operational mobility in border areas, it said.

The government has decided to undertake the work of installation of floodlights in West Bengal, Meghalaya, Assam, Mizoram and Tripura along the India-Bangladesh border. Out of 3,077.549 km of border floodlight sanctioned, 2,681.99 km of work has been completed. The rest is to be completed by March 2023.

During the 2014 Lok Sabha polls, the BJP's then prime ministerial candidate Narendra Modi had said Bangladeshis illegally staying in India would be deported if he came to power.

"They have been given a red carpet welcome by politicians just for votes. You can write it down. After May 16, these Bangladeshis better be prepared with their bags packed," Modi had said at an election rally in Serampore in West Bengal, which shares a porous border with Bangladesh.

Assam and West Bengal are considered to be the worst hit due to the alleged illegal infiltration from Bangladesh.