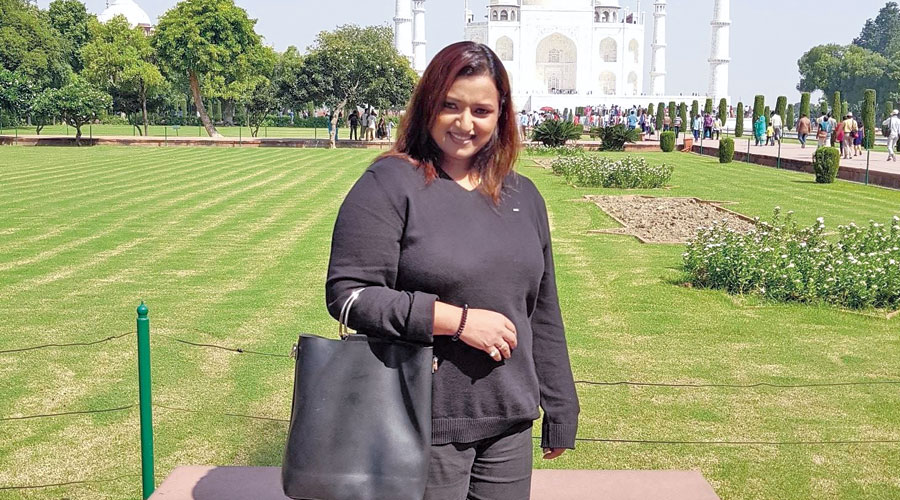 The probe into the gold smuggling racket in Kerala, which has already displaced a senior IAS officer, has led customs officials to the doors of an alleged accomplice of an accused.

Customs officials picked up one Sandeep Nair’s wife Soumya for interrogation on Wednesday. Sources said P.S. Sarith, former public relations officer at the United Arab Emirates (UAE) consulate, who is in judicial custody for gold smuggling, had named Sandeep as an accomplice during interrogation.

Customs officials at the international airport in Thiruvananthapuram had on Sunday unearthed 30kg of smuggled gold, valued at Rs 14.82 crore, packed in a “diplomatic” baggage addressed to the charge d’ affaires of the UAE consulate, Rashed Khamis al Musaiqri al Ashmia. The official had told customs that he had nothing to do with the smuggled gold.

Sources said Sandeep and Soumya were friends with Swapna Suresh, the alleged main conspirator who is absconding since the smuggling racket was busted. Swapna had worked as an executive assistant at the UAE consulate and also as the operations manager of the IT department’s Space Park in the Kerala capital.

While the Facebook page of Sandeep claims that he lives in Dubai, he owns Carbon Doctor, a workshop for decarbonisation of automobile engines in Kerala.

Kerala Speaker P. Sreeramakrishnan had inaugurated the establishment in December last year. The Speaker said he had agreed to inaugurate the workshop on the insistence of Swapna whom he knew well from her days in the consulate.

The Kerala government had on Tuesday removed senior IAS officer M. Sivasankar from his posts of state IT secretary and principal secretary to the chief minister after it was reported that he was in contact with Swapna.

Minister E.P. Jayarajan on Wednesday alleged that Sandeep was associated with the BJP. “Sandeep Nair has connections with top BJP leaders and Swapna belongs to a traditionally Congress family,” he claimed.

He accused the Opposition of trying to malign the achievements of the Left government in containing the outbreak of coronavirus. “The Opposition is desperately trying to spoil the good work (by the state government) in reining in the virus,” he said.

The Thiruvananthapuram district CPM unit also claimed that Sandeep was closely linked to the BJP.

Sandeep’s Facebook page has a picture of him greeting BJP veteran Kummanam Rajasekharan.

“It is requested that an effective and coordinated investigation into this incident by all central agencies concerned is the need of the hour. The scope of the probe should cover all aspects from the source to the end utilisation. Every link of this crime should be unravelled so that such incidents do not occur,” he said in the letter.

Vijayan assured the Prime Minister that “the state government will provide all necessary assistance and support to the agencies involved in the investigation”.

A CBI team arrived in Kochi on Wednesday and held discussions with customs officials in signs that the central agency could probe the matter.

The Opposition Congress and BJP turned the heat on the government, especially the chief minister, by holding protests across the state and urging him to resign.Leader of the Opposition Ramesh Chennithala asked Vijayan to resign to facilitate an impartial investigation. He said mere removal of Sivasankar was not enough.

“He (Vijayan) has to step down and face an impartial probe in the case which has international ramifications,” Chennithala of the Congress told a news conference in Thiruvananthapuram.

He released photographs and documents of the Space Conclave 2020 held in January this year to suggest that Vijayan knew Swapna as she was the programme coordinator for the event.

The chief minister had on Tuesday said he didn’t know Swapna. “Posting Swapna at the Space Park, which is linked to Isro, posed a national security threat,” alleged Chennithala.

The government had sacked Swapna on Monday from her post at Space Park, a government enterprise to attract players in space technology.

Before she joined the Space Park about six months ago, both Swapna and Sarith had been sacked from the UAE consulate for alleged misconduct.

The crime branch was also investigating a case against Swapna when she was appointed at the Space Park. During her stint at airport ground handling firm Air India Sats, she had allegedly levelled false allegations of sexual abuse against a superior officer.

“How can the chief minister take pride in appointing such a tainted person in a responsible post under a government institution at a high salary of over Rs 1.5 lakh?” questioned Chennithala.Swapna’s elder brother Bright Suresh told Malayalam channels on Wednesday that she had threatened to maim him over a property issue.

After growing up in Abu Dhabi where the family had businesses, Bright said he had left for the US when he was 17 and rarely visited Kerala.

“Maybe she knows influential people, I don’t know. Obviously, you don’t say such things to your family members without that kind of power,” claimed Bright, who said that was the last time he met and spoke to Swapna.

Oldest of the three siblings, Bright said the youngest is Brown Suresh, who lived in India.