Writer-politician Shashi Tharoor tells Sankarshan Thakur that it is possible, and essential, to obstruct the hijacking of the Hindu faith 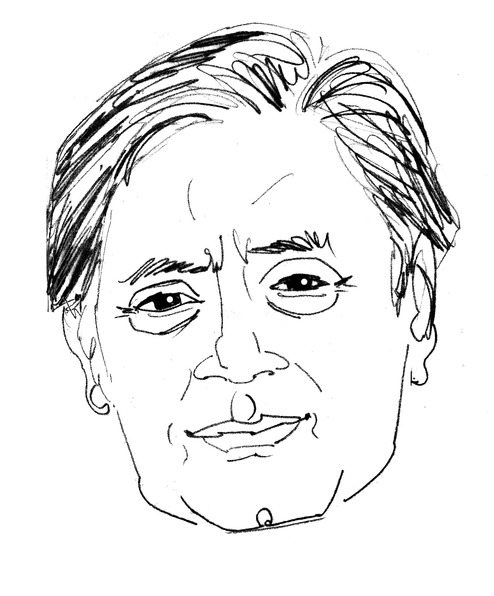 The front of Shashi Tharoor's allotted central Delhi residence is actually his backroom - a swing-door station of arrivals and departures and a bee-bumble that proceeds betwixt, unmindful of who comes who goes. A printer-scanner is spewing text on embossed letterheads; a laptop's refusing to cough up an urgently required fact; a future speech is looking for a punchline; an upcoming legislative bill needs repurposing; an engagement has been mistakenly ticked and needs re-slotting; a request requires to be turned down, no, Dr Tharoor is terribly busy at the time, he won't be able to make it, perhaps another time... but please also understand he has a constituency to look after... Another of a set of young assistants, gone nearly cross-eyed minding multiple tasks, is offering some caller the earliest possible date - late May-early June, not firm, I'll have to check... This seems far too busy a hive to belong to a member of Parliament who comes from a party currently coursing rock-bottom terrain; he is one of a set that doesn't even possess enough numbers to claim to be the principal Opposition party in the Lok Sabha.

But then, Tharoor, 62, has always been larger than the sum of his calling card description. It would probably currently read "Politician and MP" but the demands on him come from a far wider constituency than Thiruvanathapuram, which he has represented in the Lok Sabha since 2009. Tharoor is about more, always has been - an alchemy of the meditated and the accidental, burnished but also a little burnt, fly of manner to the blame of worldly flaw, a life apportioned, as it were, a singular, if also disputed, allure. For constraints of newspaper space, I'd suggest Googling Tharooriana to those interested; but do so aware you might be taken a while.

Lately, you'd soon discover while there, Tharoor has also undertaken to turn interpreter of the faith. His Why I Am A Hindu is part a lucid conversation on tactile and ineffable aspects of his ways of being as a Hindu, part a blunt polemic between Hinduism and Hindutva, the adopted credo of the powers who also happen to be his chief political adversary. The book (Aleph; 302 pages) dares taxing and troubled twilights between the spiritual and the temporal and the political, and has swiftly come to be a much talked about work. Not least because it has also been seen, and projected, as a Congressman's view of Hinduism on the approach to election year and, therefore, no more than an election pamphlet. It's a troubling accusation but Tharoor says it troubles him not. "This is not unexpected, I wrote the book aware what critics from one corner would say. And people like David Frawley, who also goes by the name of Vamadeva Shastri or some such name, have turned to say precisely this - that it's a Congressman's work in election year. Look, it does not matter to me what comes from certain quarters because it is so predictable. I do not mind, and indeed I welcome, criticism and engagement from someone who has read and understood the book. But it's probably too much to expect genuinely scholastic or intellectual engagement from those quarters."

We are seated across from each other, separated by Tharoor's chunky, and probably mahogany, desk. It's where the backroom on other precincts would have been, behind the residence which is a few notches from being called a bungalow, overlooking a trellis voluptuous with spring tendrils and beyond it an oblong of padded grass. It's clearly a work-den of Tharoor's crafting, an extension fabricated after the fashion of a conservatory, save it doesn't have a sun-roof. The walls are bound in books. There's a bay window looking out, and on it a bedecked armada of Ganesha statuettes, the deity Tharoor says he begins his every day by thus invoking: " Om maha Ganapathe namaha, sarva vignoba shantaye, Om Ganeshaya namaha..."

He has probably been at work on his desktop, for though the screen's shut, it's still wimpled in mildly crackling static. Very often, his break from human interface is a resort to the computer; in a life eddied with bigger fish to fry, you probably don't get to serve up 15 volumes of imagination and interpretation without taking such breaks. Tharoor wears, well over and above his trademark kurta and bandee, his expression - an invitation to engagement, such as he will most likely fail to seduce many to over his latest book. Is it not a concern that his view of Hinduism will be rejected outright for the sheer reason that he, an avowed Nehruvian-liberal and a Congress MP, has written it, that it would only end up speaking to the converted? "I am aware there will be rejection, there is that famous saying that you can't wake up a man pretending to sleep. But you're wrong to think it will only speak to the converted. What I've discovered particularly since I became an active politician is that there's a huge number of Indians who identify with their inchoate feelings about faith in the way you and I do. That is my experience from Thiruvananthapuram, where the population is divided 55:45, and that is my firm sense from wherever I have spoken about this book. The response has been overwhelmingly positive. Hindus who do not subscribe to Hindutva are far more numerous, their sensibilities are very different from the Hindutva of the Sangh and the BJP. It is these that my book is trying to reach. This work is at one level a personal testament and at another a political nailing of the colours to the mast. The sense of being Hindu is a sense of being supremely at peace with your past and your heritage, it springs from assurance. Hindutva springs from a profound inferiority complex, it is the creed of those who feel humiliated and conquered, it is the petty rage of the humiliated. That's the difference, and that's what the book is also about. As a Hindu, there can never be any reason to feel humiliated or conquered or defeated. Hindutva arises from such an inferiority-ridden sentiment."

But isn't the book also, in a sense, a victory for what Hindutva has achieved? Isn't it a response to pushback, the fact that Tharoor has had to write a whole treatise on why he is a Hindu? "Well, we grew up in an atmosphere where it was unseemly to demonstrate your religion in public. But the ruling party has left us no choice by bringing its interpretation of religion front and centre. For the first time, we have a government whose principal occupation is to divide the people rather than unite them. We have a minister who talks of India as divided between Ramzaade and Haraamzade; we have a BJP MP who openly celebrates Nathuram Godse and wants his idols replacing Mahatma Gandhi's. And the government endorses them. There has to be a response. This can be, and must be, checked. We have made a huge issue of this and we shall continue to make it an issue."

So is his book also descriptive of the new party line, then, a new donning of Hinduism in the run-up to 2019? "Well, first of all, let me say these are my views, and I have told you why I needed to articulate them. This book was written and submitted to the editors at the publishing house well before Rahul Gandhi started visiting temples during the Gujarat campaign. But that said, yes, the Congress is saying a few things forthrightly which may seem new. The party is trying to neutralise the Hindutva narrative. Those of us who are Hindus are saying look we are Hindus too, and good Hindus, inclusive and confident Hindus distinct from your brand of complex-ridden and divisive and petty Hindus. We are going into temples, we aren't shying away, because you can't be allowed to get away with a campaign that we are somehow anti-Hindus. And now that we are done with all of that, can we also try and talk about the real issues? The neglect of the poor, the stress on farmers, reasons for rural discontent, unemployment... We want to bring this government onto those things and not use religion as a handy distraction, or, as I said the other day, use its interpretation of history and religion as a weapon of mass distraction each time it has nothing to say on real issues. That's also what this book is about."

How far, though, does a book written in English travel in a country like India? Tharoor has thought about that and he has a reply in the works. Why I Am A Hindu is already being translated into six Indian languages including Hin-di and Malayalam. "The Hindi one I am particularly keen on, it will probably be my biggest contribution to the national discourse this year." Out when? "Very soon." Tharoor's backroom is on the job.