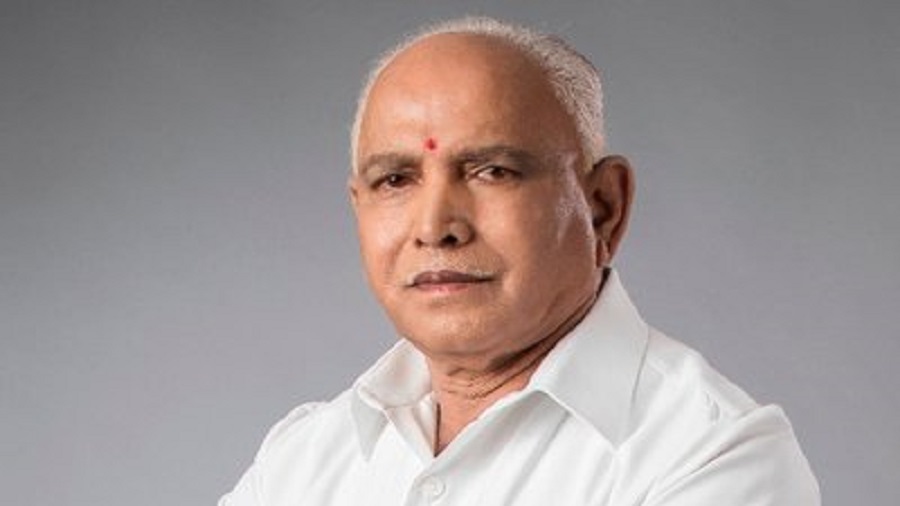 JDS leader H.D. Kumaraswamy is said to be in touch with BJP veteran and his successor as chief minister, B.S. Yediyurappa, for a possible alliance if the incumbent is replaced, but on the condition that he quit the BJP and side with “secular politics”.

Just over a year after Yediyurappa led a coup by weaning away 17 lawmakers from the Congress-Janata Dal Secular (JDS) coalition, the two leaders, who have had a tumultuous past together, are said to have been in talks for about a month now.

“Definitely. Kumaraswamy will support Yediyurappa if he can walk out of the BJP with his supporters,” a senior JDS leader and close associate of Kumaraswamy told The Telegraph on Wednesday, referring to reports of a power struggle within the Karnataka BJP and alleged efforts to upstage Yediyurappa.

The optimism belied the fact that the previous Kumaraswamy-Yediyurappa courtship, with the JDS leader as chief minister, ended in disarray in 2007. Kumaraswamy had refused to hand over the chief minister’s post to Yediyurappa after reaching the halfway mark of the government’s tenure, as had been agreed upon as part of a power-sharing deal, leading to the government’s collapse.

The JDS leader who declined to be named insisted on Wednesday that Kumaraswamy and Yediyurappa had been in touch for sometime.

“The only condition is that Yediyurappa will have to exit the BJP and return to secular politics with his group of MLAs. In that case, Kumaraswamy will extend support to him to form an alternative government,” the JDS leader, a former minister, said.

The JDS is believed to be counting on Yediyurappa’s past since he had quit the BJP in 2012 and proved too much of a headache for his former party by forming the Karnataka Janata Paksha. While he didn’t gain much, Yediyurappa cut into the BJP’s vote bank in the 2013 state polls, facilitating an easy win for the Congress.

A BJP lawmaker’s outburst against the Karnataka chief minister has indicated the full extent of the intra-party chasms over power politics in the state.

Basangouda Patil Yatnal, who belongs to Yediyurappa's Lingayat community, had on Monday warned the chief minister of a leadership change, at a time Yediyurappa is already said to be facing discontent within the party ever since he formed the government last year.

While this is not the first time that there have been the stirrings of a rebellion in the Karnataka BJP — many old-timers are said to be unhappy after being passed over for ministerial assignments, especially in favour of Congress-JDS turncoats — it is certainly unusual for a party leader to speak out so openly and literally telling Yediyurappa that his time is up.

A minister in the Atal Bihari Vajpayee cabinet, Yatnal had complained that he was not receiving funds for developing his constituency. A Hindutva hardliner, Yatnal also happens to be among the Lingayat leaders who have for long been trying to find their way up in the party ladder.

Asked if Yediyurappa still enjoyed the kind of support required to pull off another coup, the JDS leader who spoke to this newspaper replied in the affirmative.

“He has enough numbers since most of the BJP MLAs won thanks to Yediyurappa’s political clout and the caste factor. So I don’t think there is any issue there,” he said.

The JDS has 34 seats in the House of 223 with bypolls set for two vacant seats on November 3. To form a government with the JDS’s support, Yediyurappa will need a minimum of 80 of the 117 BJP lawmakers to back him.

The BJP has sprung a tight defence around Yediyurappa and downplayed Yatnal’s utterances.

Newly appointed national general secretary of the BJP, C.T. Ravi, has warned those who speak out against the chief minister. “The central leadership will take action against anyone making such statements,” he told reporters in Hubli.

“Whatever maybe the reason for Yatnal’s statements, I can say Yediyurappa is our leader chosen by the party,” Ravi added.

A senior Congress office-bearer said it wouldn’t be possible for Yediyurappa to stay in power without the BJP.

“Can he chip away 80 MLAs? It’s impossible. Going by our current stand, we will not support a corrupt leader like him,” said the Congress leader, who declined to be named.

But the Congress is ready to face mid-term polls. “We are ready to seek the people’s mandate anytime as the BJP governments have been a total failure in the states and at the Centre,” the Congress leader said.