Officers believe the size of the fraud is more than Rs 2,000 crore 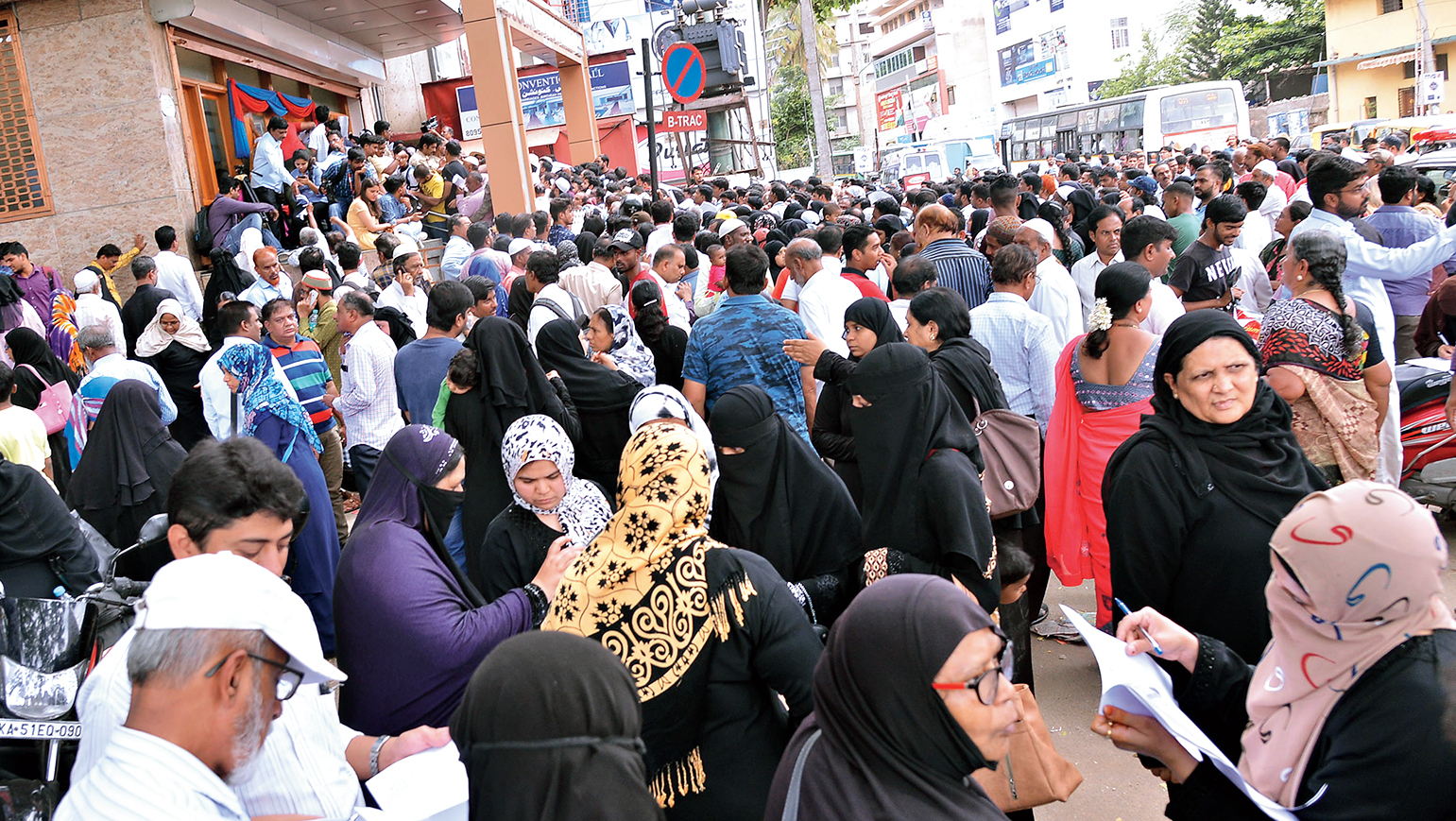 Investors gather outside the office of I Monetary Advisory in Bangalore on Thursday.
(Picture sourced by correspondent)
K.M. Rakesh   |   Bangalore   |   Published 15.06.19, 01:43 AM

Thousands of Muslims who had made small investments with a “halal” non-banking finance company are now hoping the law-enforcers can retrieve their hard-earned money after the Ponzi scheme went bust last week.

Mohammed Mansoor Khan had started his investment scheme, which was allegedly Shariah-compliant and followed the “no interest” policy of Islamic banking, in 2006 through his firm I Monetary Advisory.

He had earned the trust of the Muslim community and, apparently, an endorsement from a section of the clergy who certified his scheme as “halal”, which means “lawful” or “permitted” in Arabic. Small investors across the state flocked to invest in the scheme, the amounts ranging from a few thousand to a few lakh.

As the Shariah-compliant company did not take “deposits” or pay “interest”, it converted the investors into limited liability partners. Shariah-compliant funds do not invest in companies that deal in alcohol, tobacco, weapons, pornography or gambling, among others.

As always, the company promptly paid the “dividends” for April. But one day last week, Khan just disappeared, leaving his employees and investors in the lurch.

Thousands of aggrieved investors have now rushed to lodge police complaints against Khan, who is believed to have fled the country, probably to Dubai. 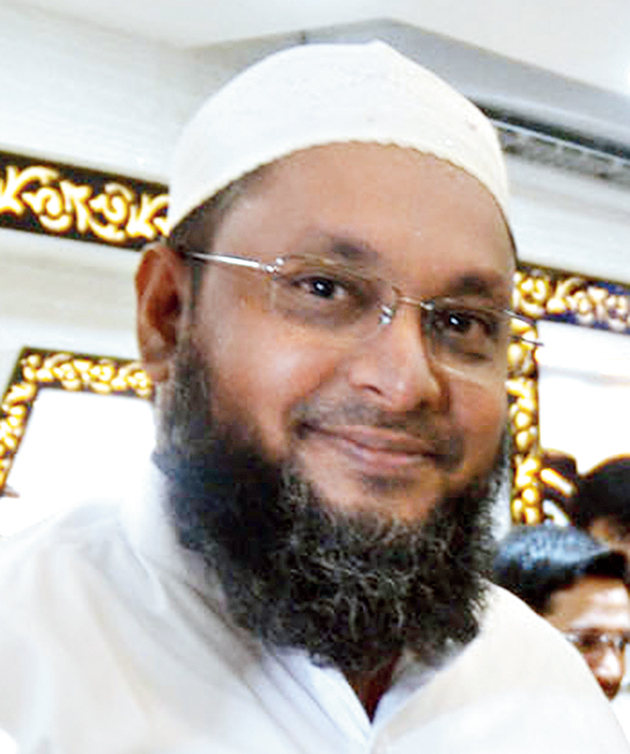 To avoid arousing suspicion, he had apparently sent his family abroad earlier and waited for the opportune moment to board the flight from Bangalore. The police have found two of Khan’s luxury cars parked at the airport lot.

Police sources said more than 27,000 complaints had been lodged till Friday and more were pouring in. Officers believe the size of the fraud is more than Rs 2,000 crore.

A special investigation team that has been formed to probe the case has arrested seven of the company’s directors and sealed the company’s Bangalore office after seizing several documents.

Some of the investors criticised the clergy for popularising the scheme and the company.

“Many like me invested (in the scheme) only because of these ulemas and maulanas who kept telling us that halal funds like this are the right option for Muslims,” Imran, a software engineer who has lost Rs 25,000, said.

“Hunt down the maulanas and ulemas who went about asking people to invest only in halal schemes. What makes anyone think this kind of scheme is halal?” asked Asif, a young man who said he worked at a tech company and that his father had lost Rs10 lakh to the Ponzi scheme.

“My father is retired. He invested the money without telling us. He apparently got lured by the ‘halal’ tag.”

Asif, who was among the hundreds protesting outside the company office on Friday, added: “Your earnings are halal only when you work hard for it. Otherwise it is haram (forbidden under Islamic law). At least now Muslims should realise this.”

Two senior Congress politicians, one of them a minister, have been dragged into the controversy with the emergence of an audio clip. In it, a man — purportedly Khan himself — says the Shivajinagar MLA “borrowed” Rs 400 crore from him and that state minister B.Z. Zameer Ahmed Khan had some “dealings” with him.

Shivajinagar MLA Roshan Baig, a former minister who had recently spoken out against the Congress after being denied a cabinet berth and a Lok Sabha ticket, said he had nothing to do with the company. He accused his political opponents of whipping up a campaign against him after he criticised his party.

Zameer admitted having sold a plot of land to the company but said he had had no other dealings with it. “It’s true that I sold it a piece of land worth Rs 9.36 crore. There’s a proper sale deed to prove that,” he said.

A 55-year-old day labourer who had invested his life’s savings of Rs 8 lakh with the company died of a heart attack on Thursday.

His friend Mallikarjuna said Afzal Pasha had booked a hall for his daughter’s marriage next month. “He had been depressed since hearing about the scam.”

Former van driver Sheikh Atiqur Rehman, who suffered a paralytic attack last year, had invested the Rs 6 lakh he had saved for his daughter’s wedding.

“I have serious health problems and cannot work any more. Otherwise I wouldn’t have bothered about the loss. Now everything is up to Allah,” said the father of two daughters and two sons who is losing his vision.

“I invested the money six months ago when I heard it was a halal investment and that the owner is a religious man. Now I don’t know whom to trust,” Rehman, who filed a complaint on Friday, said.