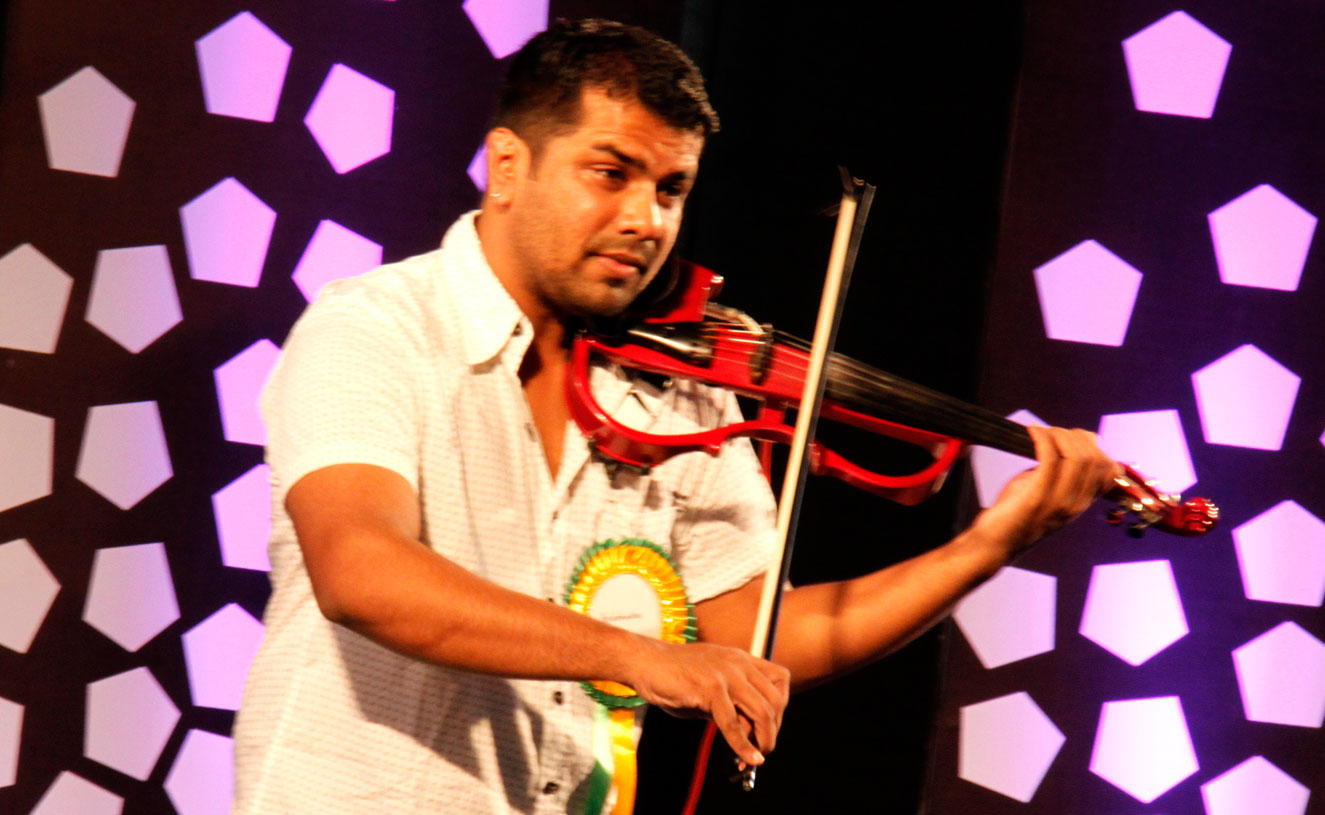 The tragedy of a horrific car crash that claimed the lives of an accomplished violinist and his daughter in September last year has taken an unexpected turn with two of his programme coordinators now arrested for gold smuggling.

The pre-dawn accident on September 25, when the car rammed into a tree in a suburb near the state capital Thiruvananthapuram, had instantly claimed the life of the two-year-old daughter of violin virtuoso Balabhaskar. The musician succumbed to his injuries on October 2. His wife Lakshmi and friend Arjun survived after lengthy hospitalisation.

The family was travelling to Thiruvananthapuram after praying at Vadakkumnathan Temple in Thirssur, some 250km away in central Kerala. A camera had caught the car moving at 94kmph at one point.

Now, two men from Balabhaskar’s team have been arrested for gold smuggling from Dubai. Sunil Kumar was caught as he was rushing out with a bagful of gold at the Thiruvananthapuram airport. The trail led to the arrest of his cousin Prakash Thambi and friend Vishnu.

It didn’t take too long for the police to find out that Thambi and Vishnu were part of Balabhaskar’s team.

As news spread about the link, Lakshmi clarified that Thambi and Vishnu had only coordinated some local shows and he had nothing to do with her late husband. “Balu (Balabhaskar) would never have kept these two men if he knew about their criminal links,” she told reporters.

But an ayurveda doctor, who himself has been sucked into a controversy linked to loans he took from Balabhaskar, has described Thambi as the violinist’s “friend”. “Perhaps Balabhaskar didn’t know his dealings. But Thambi was his friend,” said P.M.S Raveendranath, the doctor.

Then it was revealed that Sunil named one Arjun as an associate in the smuggling racket. The police have yet to ascertain if it is the same Arjun who drove Balabhaskar’s car on that fateful night.

Neither the police nor the Directorate of Revenue Intelligence has said they were looking into past activities of Balabhaskar. But the arrest of Thambi and Vishnu has opened a new line of investigation into the car crash itself.

The arrests in the gold smuggling racket has created such an impact that the police have gone to the temple to find out details of the rituals the family carried out there and some media outlets have started speculating why Lakshmi occupied the front seat of the car with the child while Balabhaskar sat in the back seat.

Yet to fully recover from multiple fractures and head injury suffered in the accident, Lakshmi lives with her mother in the house Balabhaskar had built in Thiruvananthapuram.

The police have recorded her statement to know more about the two men under arrest for gold smuggling.

Another controversial element was added when the violinist’s father C.K. Unni, who has been calling for a detailed investigation into the crash, raised a financial angle.

A retired post master, Unni claimed his son had invested in a traditional medicine centre, Poonthottam Ayurveda Ashram, run by Raveendranath in Palakkad.

“My son and his wife were very close to the doctor who runs the centre. But I don’t know if the doctor had returned the money,” Unni told reporters.