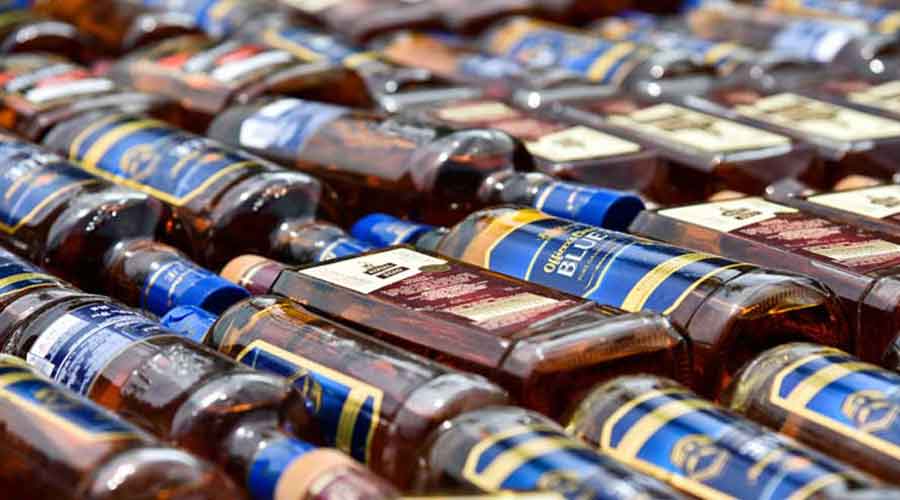 Family members of the deceased refused to speak on the issue, as they were apparently afraid of being implicated in cases related to flouting of prohibition.
Shutterstock
Dev Raj   |   Patna   |   Published 26.10.21, 03:16 AM

At least four persons died after allegedly consuming illicit liquor in Siwan district of dry Bihar, which has witnessed a series of hooch tragedies this year.

The deaths occurred on Sunday night but came to light on Monday. The incident occurred in the twin villages — Bellaur and Bellauri — under Guthni police station spreading panic in the area because nobody was sure how many people had consumed illicit liquor. Three of the deceased are from Bellaur while another is from Bellauri.

A large number of villagers alleged the deaths occurred because of consumption of hooch, which they said was freely available in the area bordering Uttar Pradesh.

On the other hand, family members of the deceased refused to speak on the issue, as they were apparently afraid of being implicated in cases related to flouting of prohibition.

“My father used to drink daily. He came home on Saturday night and was feeling uneasy. He was taken to a local doctor on Sunday morning, who treated him for cardiac arrest and then referred him to Gorakhpur in Uttar Pradesh. My family members took him to a private hospital there. He died at around 10.30pm,” Mukesh Kumar Ram, son of deceased Dukh Haran Ram, told The Telegraph.

As the family members of the deceased mourned and information about the deaths spread, district administration and police officials rushed to the two villages to make enquiries.

Siwan DM Amit Kumar Pandey told this newspaper that bodies of three persons have been sent for post-mortem though the local people were claiming that four had died. “The deaths were reported on Monday morning. We have been able to trace three bodies so far and sent them for post-mortem. The matter is under investigation and we will be able to ascertain the reasons of death only after the post-mortem reports come,” Pandey said.

“Special operations are being conducted in a 3-4km radius from the villages to catch people who could be involved in brewing illicit liquor,” Pandey added.

There have been a series of hooch deaths in Bihar since chief minister Nitish Kumar brought a law to ban liquor manufacturing, trade and consumption in the state. Lacklustre policing and a nexus between law enforcement agencies and liquor mafia are said to be the main reasons behind the deaths attributed to hooch consumption.

Over 45 people have lost their lives in separate hooch tragedies in Kaimur, Muzaffarpur, Nawada, West Champaran, Vaishali and Siwan districts this year.