‘Realised he was a crook only after citizenship was granted, extradition certain’ 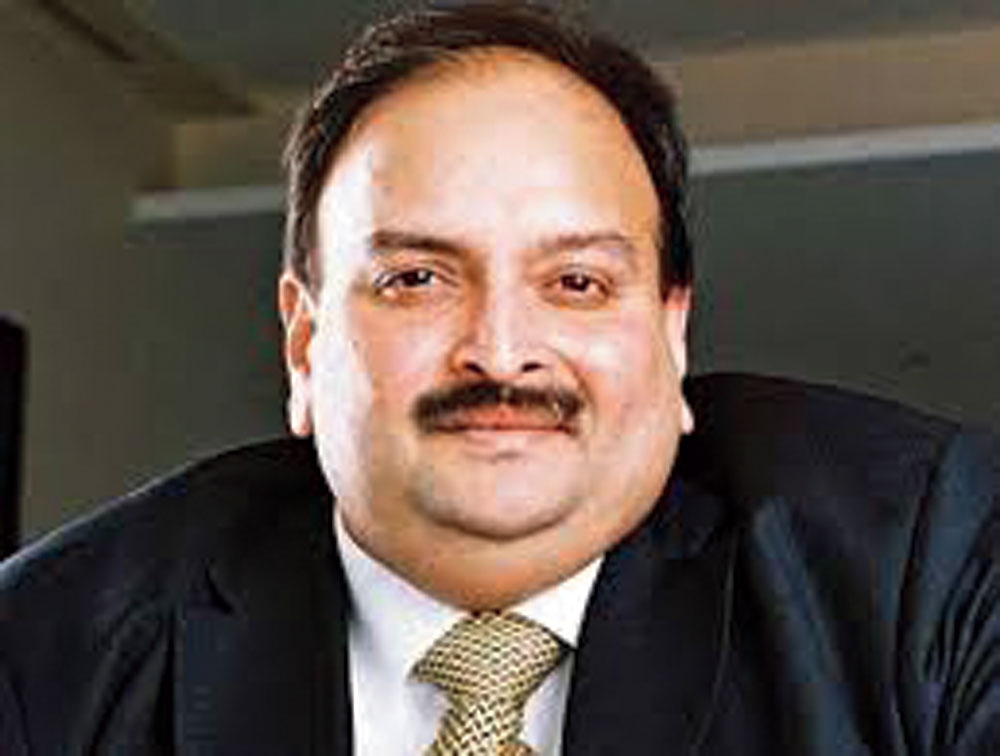 “He was cleared by Indian officials as a person in good standing. So what exactly happened in India, and the fact that we got flawed information --- the Indian officials have to take responsibility for that situation,” Browne told reporters in New York on Wednesday.

“In any case, our officials acted on the basis of information (from) India and made him a citizen only to be told subsequently that he is a crook.”

Browne, in New York to attend the United Nations General Assembly’s annual session, was at the meeting of the Caribbean Community and Common Market (Caricom) nations that Prime Minister Narendra Modi chaired on Wednesday.

Choksi, 59, accused of swindling Punjab National Bank out of Rs 13,000 crore, fled India in January last year along with his nephew and co-accused Nirav Modi. The Opposition has since been alleging the Modi government “allowed” rich bank-fraud accused like Nirav, Choksi and Vijay Mallya to flee Indian law.

Congress media-in-charge Randeep Surjewala said: “Gaston Browne has squarely indicted the present BJP government for protecting those who have committed fraud and theft of public money, people like Mehul Choksi.”

He said India providing Antigua flawed information shows that “somebody very high up in the present government was trying to protect ‘hamare Mehulbhai’”.

Surjewala was alluding to a video clip of a meeting in which Narendra Modi is seen referring to Choksi as “hamare Mehulbhai”.

Antigua had granted citizenship to Choksi in November 2017, two months before he fled India. He took the oath of citizenship on January 15, 2018.

When the matter came to light in September last year, Antigua said that Indian security agencies had failed to red-flag Choksi during the background check. India had then denied the charge.

The CBI, which is probing the case, refused comment on the fresh disclosure by the Antiguan Premier himself.

Asked whether the investigators had identified the officials who allegedly gave Choksi a clean chit, a CBI official said it wasn’t the agency’s responsibility.

“We are only probing the fraud case and the role played by Choksi and his nephew Nirav. It’s the government’s responsibility to look into the claims made by the Antiguan Prime Minister and identify and fix blame if it’s true,” he told The Telegraph.

Choksi, the official said, obtained Antiguan citizenship under the “investment criterion”, that is, by paying a large sum of money.

Nirav was arrested in March this year by London police and is lodged in a British prison.

Browne told reporters that Choksi would be either deported or extradited to India after he exhausts all his legal options.

“Now what I can assure you is that ultimately he will be deported after he would have exhausted all his appeals or extradited back to India to face whatever charges against him. So it’s just a matter of time,” Browne said.

“I can say to you that we are not interested in having Mehul Choksi in Antigua and Barbuda. He really brings no value to the country.”

Asked whether he would allow Indian agencies to come to Antigua and question Choksi, Browne said Indian officials had already visited his country in connection with the case.

“They can come if they wish to interview Choski. That will be based on his (Choksi’s) willingness to participate. It has nothing to do with my government.”

Union home ministry sources said the absence of an extradition treaty with Antigua was a hurdle. “Although Antiguan authorities have assured us verbally that they would help with his extradition, the absence of a treaty makes it difficult,” an official said.