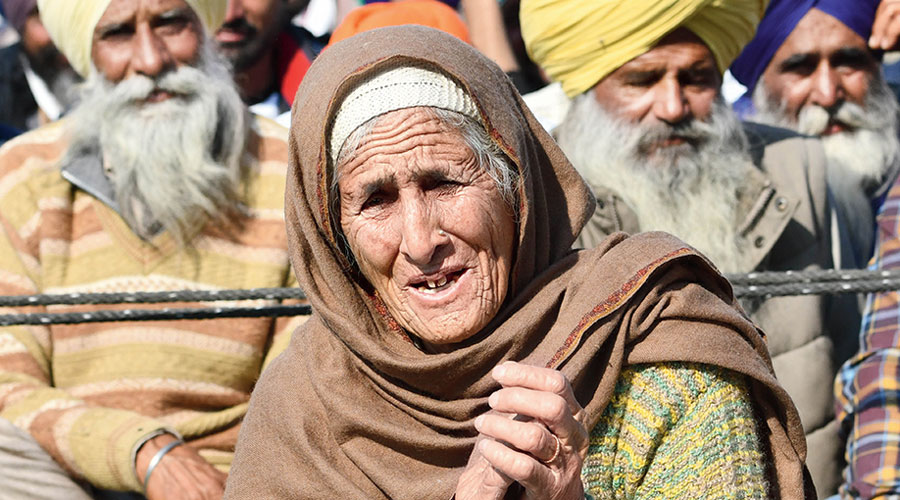 The protesting farmers on Friday said Prime Minister Narendra Modi had launched an open attack on the country’s farming community by linking their agitation to the Opposition parties.

As Modi addressed a virtual convention of farmers in Madhya Pradesh, some of the protesting farmer unions began fact-checking him in real time — particularly on his claims on MSP — knowing that most media outlets would not do so.

Modi in his speech accused the Opposition of engineering the farmers’ protest through falsehoods and claimed his government had raised the minimum support price at a higher rate than the UPA and adopted the Swaminathan Commission formula for fixing the MSP.

The Prime Minister defended the three new farm laws the agitators want withdrawn, and issued a “folded-hands” appeal saying the government was ready to discuss all the farmers’ concerns.

Having studiously kept all political parties at arm’s length, the farmer leaders felt upset at the repeated insinuation — this time by the Prime Minister himself — that the protesters were dancing to the Opposition parties’ tune.

“In place of addressing the issue of repeal of the three farm acts which erode farmers’ hold on land and farming and establish the MNCs and big business to grow in agriculture, he (Modi) has reduced himself to a party leader undermining his role as a responsible executive head of the country, expected to solve problems,” the All India Kisan Sangharsh Coordination Committee (AIKSCC) said in a statement.

The farmers, facing daily vilification from Union ministers, view the allegation that the Opposition is behind their protest as an affront to the farming community.

“Since it is politically suicidal to attack farmers directly, the Prime Minister and his minions have adopted this indirect route to malign our agitation by linking it to Opposition politics,” a farmer leader said.

Agriculture minister Narendra Singh Tomar’s open letter to the farmers too was full of references to the Congress, Aam Aadmi Party and the Akali Dal and to issues irrelevant to the farmers’ protest, the AIKSCC said.

“He has made fictitious claims (such as) that the farmers will not lose their land, which is contradicted by the Contract Act 2020 which provides for farmer land to be mortgaged under Section 9 and for recovery of dues from the farmer under Section 4.7 as arrears of land revenue for advances taken from the company under Section 14.2 of the act,” the AIKS said.

While the Prime Minister was still speaking, the Bharatiya Kisan Union of Rakesh Tikait began fact-checking him. The protesting farmers at the Singhu border have brought out their own newsletter — Trolley Times — and launched a social media platform to counter propaganda and fake news.

Tikait, whose organisation is somewhat aligned to BJP politics in western Uttar Pradesh and has been a late entrant into the agitation, said data did not support Modi’s claim about his government increasing the MSP at a higher rate than the UPA.

According to the BKU, the data show that the rate of increase in the MSP during the UPA years averaged between 8 and 12 per cent depending on the crop, while under the NDA the figure has ranged between 1 and 5 per cent.

R. Ramkumar, one of the 10 economists who wrote to Tomar on Thursday seeking withdrawal of the three laws and a restart of negotiations for more equitable reforms in agriculture, posted a series of tweets contesting Modi’s claims about MSP increase and adoption of the Swaminathan formula.

All India Kisan Sabha general secretary Hannan Mollah described the Prime Minister’s speech as “tiring repetition”, echoing Ramkumar and Tikait on Modi’s claims about the MSP and the Swaminathan formula.

Support for the agitation has been growing despite the hardships, the cold and the hurdles put up by the government, and the protest at the Tikri border now has a sizeable presence of women.

The All India Kisan Sabha has announced in Nashik, Maharashtra, that it will join the farmers protesting at Delhi’s borders, PTI reported.

“The farmers’ rally will start from Nashik on December 21.... There will be a public rally in Dhule on December 22. The farmers will travel 1,266km to Delhi and join the protest on December 24,” AIKS leader Ashok Dhawale said.

“Thousands of farmers are expected to join us. We will be carrying provisions so that we can stay there for a long period.”