82-year-old Bilkis, a regular at the anti-CAA protest venue, says she would have been happier if govt agreed to their demands 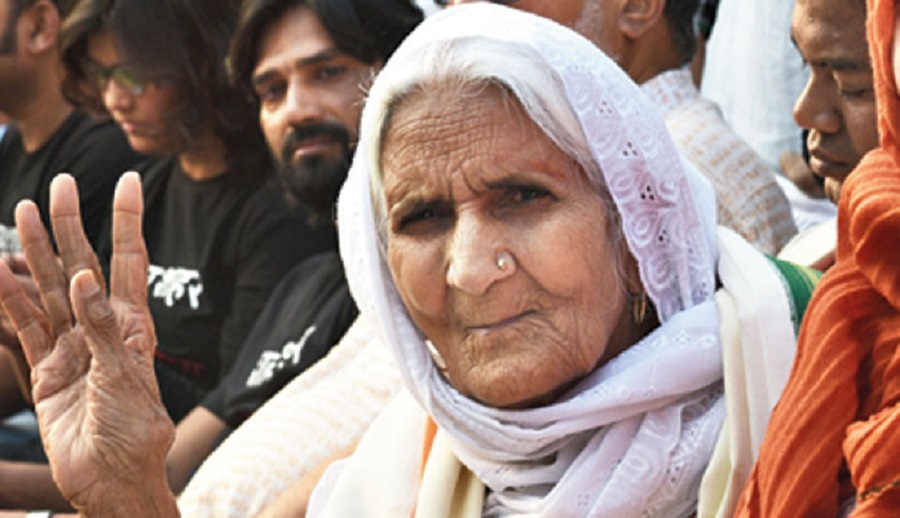 Bilkis, who became the face of a women-led anti-citizenship law protest at Shaheen Bagh here, on Thursday said she was happy to have been recognised by the TIME magazine as one of the 100 most influential people of 2020, but would have been happier had her demand been met.

The 82-year-old, along with her two friends Asma Khatoon (90) and Sarwari (75), was at the protest site every day, braving a chilly winter last December, the coldest in over a century. The trio were hailed as "Dadis of Shaheen Bagh" on social media.

"When we told her that she has been declared as one of the most influential people in the world, she just said 'okay'," her son Manzoor Ahmad told PTI on the phone.

She is not as excited as the family is, Ahmad, who works as a translator, said.

"I am thankful to the almighty. I would have been much happier had our demand been fulfilled...had the government listened to us and given us what we wanted (withdrawal of the Citizenship Amendment Act)," Bilkis said in a trembling voice.

"It is sad we had to call it (protest) off because of the disease (COVID-19). I was there till the end, she said.

Ahmad said his mother had taken ill in December last year, but she continued going to the protest site.

It was so cold and she was running a fever, despite that she went there to support other women, he said. Ahmad said all women in his family participated in the protest.

We are a joint family. So, the women took turns to participate in the dharna, he said. Time named Bilkis as one of the “icons” of all those who had joined the protests.

“Bilkis gave hope and strength to activists and student leaders who were being thrown behind bars for standing up for the unpopular truth in a democracy that was sliding into authoritarianism, and inspired peaceful copycat protests across the country,” jounalist Rana Ayyub wrote for Time’s profile of the elderly protester.

“I will sit here till blood stops flowing in my veins so the children of this country and the world breathe the air of justice and equality,” Bilkis told Ayyub during the protests earlier this year , reported AlJazeera.

The Shaheen Bagh protest demanding the government to withdraw the law went on for over a hundred days. It ended in March this year in view of the Covid-19 outbreak and a subsequent lockdown announced by the government to contain the spread of the disease.