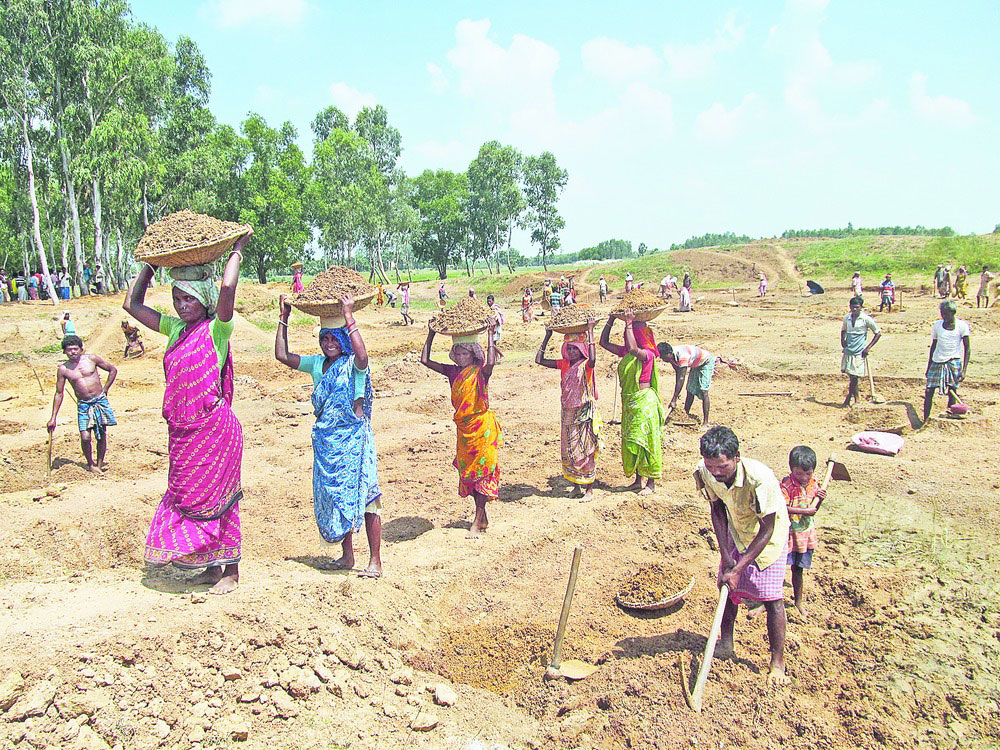 The rural job guarantee scheme is facing a severe funds crunch and villagers are being denied work under the programme in violation of the law, academics, researchers and civil society groups said on Friday.

Under the Mahatma Gandhi National Rural Employment Guarantee Act, the scheme entitles every rural household to up to 100 days of paid unskilled work a year. But it has exhausted 99 per cent of the funds allocated this year and is bracing for uncertainty as the finance ministry is yet to release additional funds.

Economists Prabhat Patnaik and Jayati Ghosh, civil society groups like the People’s Action for Employment Guarantee and the NREGA Sangharsh Morcha, and independent researcher Rajendran Narayanan told reporters that the government’s undermining of the programme would add to the rural distress.

A team of independent researchers headed by Narayanan has studied job scheme data relating to 3,500 gram panchayats and found that these rural bodies denied 32 per cent of the total demand for work under the scheme.

The scheme “is being run down by creating a shortage of money”, Patnaik said. “In a demand-driven programme, there cannot be a cap on the allocation. This is an assault on Parliament, which passed the law.”

Each gram panchayat is supposed to register the demand for jobs and provide the work within 15 days, failing which an unemployment allowance has to be given. But Narayanan said that none of those denied work had received the dole.

The Union budget allocated Rs 55,000 crore to the scheme for 2018-19, of which only Rs 500 crore remained as of January 4, the researchers said quoting government data.

With another three months to go this financial year, the rural development ministry has estimated it would need an additional Rs 21,000 crore for the scheme. It has sought Rs 10,000 crore as a first supplementary grant from the finance ministry, which is yet to come.

Ghosh said any spending on rural areas has the potential for generating more economic activities. The job scheme has reduced poverty through an increase in rural wages, boosted financial inclusion and improved soil quality, groundwater and farm production, she said.

In 2015, Prime Minister Narendra Modi had described the scheme as a “living monument” to the previous UPA government’s “failure”.

Narayanan said the study of 3,500 gram panchayats had been done for the financial year 2017-18 and the first nine months of 2018-19. The states covered were Rajasthan, Uttar Pradesh, Bihar, Chhattisgarh, Jharkhand, Bengal, Odisha, Kerala and Karnataka.

Activist Nikhil Dey said the civil society groups had held a first round of discussions with MPs and MLAs from various states on Thursday and would now write to Prime Minister Narendra Modi.

They will request the Opposition parties to make it a political issue ahead of the general election.