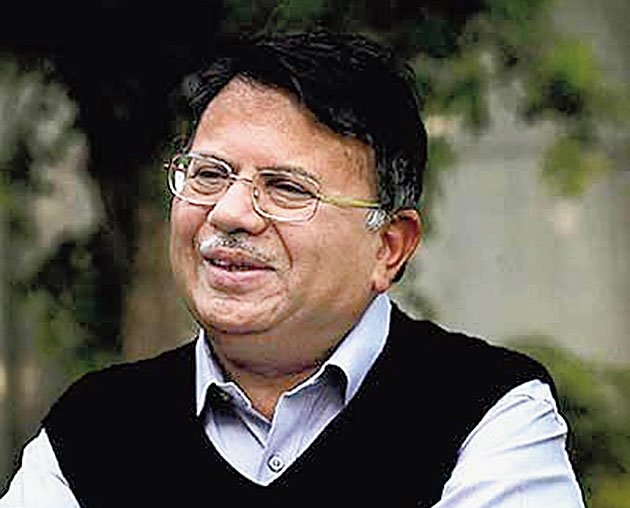 Some recent orders of the Supreme Court suggest its role as an institution that keeps majoritarian impulses in check is diminishing and it seems to be behaving in a way that is indistinguishable from the government, Justice Ajit Prakash Shah, former chief Justice of Delhi High Court, has said.

Delivering a lecture in memory of freedom fighter and Gandhian L.C. Jain on Monday, Justice Shah touched upon several recent legal orders, including on Kashmir, Ayodhya and the National Register of Citizens (NRC), prioritisation of petitions such as the one on the Citizenship (Amendment) Act and the top court’s “newfound attraction for sealed covers”.

In all these matters, the retired judge, a bench headed by whom had delivered the first order that decriminalised homosexuality, expressed either concern or disappointment.

The lecture by Justice Shah, who is also a former chairman of the Law Commission, has been covered by several websites dealing with judicial news and some general news portals but has not been widely reported in the print media.

Mincing no words, Justice Shah painted a grim backdrop to his lecture: “The country appears to be completely polarised because of the communal agenda followed by the ruling regime. Hate speech has become normal, with national-level politicians leading the charge…. There is also a divisive, jingoistic idea of nationalism that is being encouraged, centred on religion and cultural identity, which is deeply discomforting.”

Justice Shah added: “Combined with this, we are in a situation where everyone who opposes or disagrees with the government policies is branded anti-national.”

But Justice Shah did spot a silver lining. “In the midst of all this, there is a positive, heartening moment like the protests we are seeing today, against the CAA, and everything that it stands for. When students — from all over the country, including from institutions like JNU, Jamia Millia, AMU, St. Stephen’s, who collectively embody the future of a nation — come together in a peaceful protest against an unjust and unconstitutional law, it is an act that citizens of any democracy should be proud of. Such an act is not merely a protest. It shows that the young people know, understand and believe in the constitutional values that our founding fathers sought to embody, and that they will work to protect these values,” Justice Shah said.

Justice Shah ended the lecture on an optimistic note, saying “the fact remains that there is a high degree of ‘constitutional faith’ (the belief in society that the judicial process is key to anchoring India back on to the path of democracy) in India today”.

“… I believe it is for the Supreme Court, as the custodian of the Constitution and the ultimate protector of our fundamental rights, to decide whether or not it deserves the constitutional faith that the people of India repose in it, and whether or not it lives up to those expectations. The right answers will lead to the Supreme Court retaining its status as one of the world’s powerful democratic institutions. As an eternal optimist, I believe the Supreme Court of India will recognise the missteps it has taken, and correct course sooner or later,” Justice Shah said in his concluding remarks.

The following are excerpts from the lecture by Justice Shah. (The issues have been listed on the basis of topicality and not in the sequence they appear in the speech.)

⚫ Another instance is the Supreme Court’s worrisome practice when it comes to prioritisation of cases. The court found it had no time to deal with the many civil rights-related cases (related) to the situation in Kashmir.

⚫ The Supreme Court refused to stay the issuance of electoral bonds, and instead asked for details of the contributors to be submitted in a sealed cover, which it would assess in due course. But that assessment never came, and many elections — central and state — have happened since then. Inaction also sends out powerful signals, as we can see in this case.

⚫ In the case of the CAA, too, the Chief Justice of India first says petitions will be heard only after people stop violence, as though good behaviour were a condition for seeking protection of rights. Scores of petitions were filed in the month of December 2019. The whole country was polarised, and there was even violence perpetrated against peaceful protesters by state authorities themselves. In this scenario, the Supreme Court proceeds to push the matter by four weeks, instead of commencing hearings immediately. This is deeply disappointing, to say the least.

On the other hand, as suggested by constitutional scholar Gautam Bhatia, the court seems to be slowly taking on attributes of the executive itself. It seems to be drifting from a rights’ court to an executive court, as Bhatia points out, behaving in a way that is indistinguishable from the government, often issuing important policy decisions through its judgments, prioritising cases in specific — and sometimes worrisome — ways, and undertaking action that would ordinarily be considered the domain of the government.

⚫ The most obvious example of this was the preparation of the NRC. The NRC was intended to tackle concerns of landlessness, migration and cultural issues in Assam…. The Supreme Court decided to ask the persons claiming citizenship to prove their status, shifting the burden of proof away from requiring the state to show that the person was a foreigner….

Inarguably, this was an administrative exercise, which the executive and the bureaucracy ought to have been responsible for. Instead, we had a process that was “overseen” by the Supreme Court, and primarily under Chief Justice Ranjan Gogoi, although many would argue that the court “oversaw” it less, and “controlled” it more. As a result of this, we were faced with a situation where any concerns with the NRC became impossible to challenge judicially, for the judiciary itself was conducting the process!

⚫ The burden that has been caused to millions of people as a result of the NRC process is immense, and I can vouch for this personally based on my experience as part of the People’s Tribunal that studied some of the cases of those involved. These are mostly poor and illiterate people who are being made to prove that they are Indian citizens, based on documents such as birth, schooling and land ownership. These documents are not easy to find or put together. Even if they are put together, they are rejected for issues with the English-language spelling of Bengali names or in ages and dates of birth.

⚫ And what may be travesty of the worst order, perhaps, is the court’s newfound attraction for sealed covers. Secrecy can — in limited circumstances — be justified by the executive, but the distinguishing feature of a judicial institution is transparency, for only then, can the institution assure the people that it is giving everyone a fair and equal chance to be heard.

This has happened far too often to be brushed aside as a mere idiosyncrasy of one particular judge, or a bench. It has happened in the NRC case, the Rafale case, the CBI chief’s case and the electoral bonds case, to name but a few. By shoving documents and facts that otherwise ought to be made public into sealed envelopes, the court is signalling that it prefers the work ethic of the executive, believing truly that such secrecy is essential to deliver justice.

⚫ The Supreme Court’s orders on Kashmir represent a missed opportunity for the court to come out strongly in favour of fundamental rights, and fulfil its role as the sentinel on the qui vive (on the alert).

⚫ Three sets of petitions relating to Kashmir were filed before the court (after August 5, 2019, when the decision to revoke its special status was announced). In all three cases, the court has failed to give a satisfactory resolution even after six months.

⚫ A key issue that arose in this judgment was the issue of equity…. Whether the Supreme Court’s judgment (which allowed the construction of a temple) resulted in complete justice is questionable since it still seems like despite acknowledging the illegality committed by the Hindus, first in 1949, by clandestinely keeping Ram Lalla idols in the mosque, and second, by wantonly demolishing the mosque in 1992, the court effectively rewarded the wrong-doer. This goes against the doctrine of equity, which requires you to approach the court with clean hands. Given the court’s findings, one wonders if the mosque had not been demolished, would it still have been given to the Hindus?

⚫… The dispute was not ideally placed to be settled by courts; and should have been resolved politically…. Maybe a South African-style Truth and Reconciliation Commission would have been a greater idea.

⚫ One area where the court’s decision-making is coming under intense scrutiny is in the realm of personal liberty and religious freedoms. In 2018, the Supreme Court in a progressive judgment, permitted the entry of women into the Sabarimala temple in Kerala…. A senior Union minister criticised the Kerala government for implementing the court’s judgment… and the BJP stood firmly with the Ayyappa devotees.

There should have been no controversy or doubt regarding the implementation of the Supreme Court’s judgment, especially since no stay had been granted; but the central government’s actions seemed to raise the spectre that the judgment was not final.

⚫ While passing the referral order, the majority did not pass any orders staying the operation of the main judgment. In these circumstances, it is peculiar and unfortunate that in December 2019, the Supreme Court declined to pass any order on the petition by two women activists seeking a direction to ensure safe entry in the Sabarimala temple on the ground that the issue was “very emotive”; it did not want the situation to become “explosive”; and that despite there being no stay, the fact of the referral meant that the judgment was “not final”.

⚫ The Supreme Court has often been characterised as supreme (in the sense of final), but not infallible. The court’s order… has now upended the assumptions about its judgments being final.