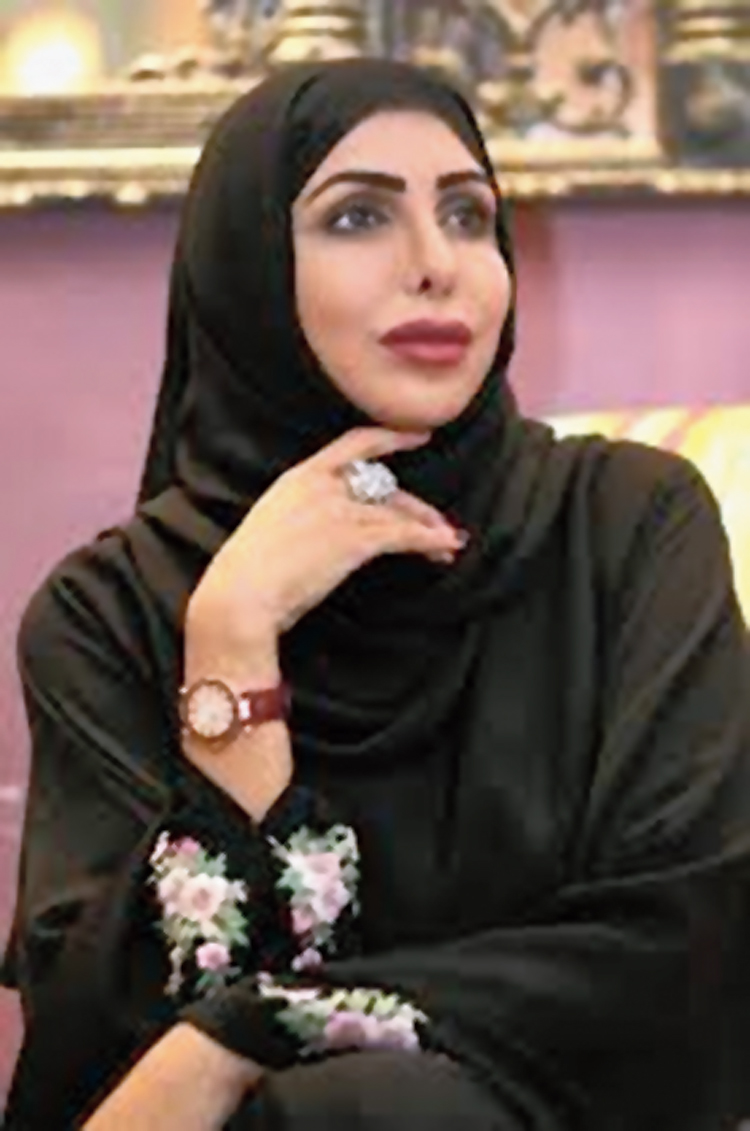 Emirati royal Hend Al Qassemi, who has been speaking out, has written in an article titled “I pray for an India without hate and Islamophobia” that the world does not need another Hitler.

The tone of the article on Sunday in the Gulf News newspaper suggests the belated damage-control efforts by India after allowing the “Corona Jihad” campaign to gather steam for three weeks are yet to cut ice in the Arab world.

In the article, the Emirati businesswoman wrote: “The world doesn’t need another Hitler, but it needs another hero like Martin Luther, Nelson Mandela, or Gandhi. Killing your brethren doesn’t make you a hero, it makes you a dictator and murderer. A snowballing movement has been started, which has reverberated across the Arab world.”

Pointing out that “Nazism wasn’t born in a day”, she said: “It was allowed to grow like a weed that went wild because people chose to look the other side and it thrived on that specific weakness called silence.”

Her article comes after a week of intense engagement between India and several Gulf countries at the ministerial level. Prime Minister Narendra Modi also sought to address the growing concern in the Arab world over “Islamophobia” in India with a tweet that asserted the virus does not see religion and offered more than perfunctory Ramazan greetings on Sunday.

Talmiz Ahmad, former ambassador to the UAE, Saudi Arabia and Oman, told The Telegraph that Hend Al Qassemi’s article and earlier tweets as well as other posts from the Arab world expressing concern about India’s shift away from the foundational values of democracy, secularism and pluralism indicated a certain degree of official sanction for speaking out.

“The social media traffic is from outside the governments in all these countries but these messages do indicate a considerable degree of concern in the region and the official sanction for such persistent messaging. While communal conflagrations in the past -- Babri Masjid demolition and the Gujarat carnage -- were seen as aberrations in a region that looked up to India as a role model, now they see a political agenda behind the vilification of a particular community. They are now privy to the hate-filled messages that crowd WhatsApp,” Ahmad said.

There was no official Indian response to Hend al Qassemi’s article with sources pointing out that she was writing in her personal capacity as a businesswoman and editor of a magazine with no reference to her connections to the royal house.

The external affairs ministry has left the fire-fighting to the respective missions. While the ambassador in the UAE has reminded the Indian diaspora that discrimination is against “our moral fabric and the rule of law” after some Indians posted hate messages, the missions in Qatar and Oman warned against fake messages, flagging some fake posts.

Government sources have been emphasising the fake posts -- seeking to direct the blame to those interested in creating disharmony in India and affect India’s relations with the Gulf countries.

But Ahmad said: “Just because some posts have been found to be fake does not mean the problem has been resolved.”

Diplomatic sources said the narrative building up in the Arab world should not be seen as criticism but as an articulation of a deep disappointment over the developments in India.

“The India of Gandhi and Nehru was something many in these royal family-controlled nations aspired to become someday. They cannot recognise the India of today, and their conviction in the Indian model of democracy and pluralism has been shattered,” a source said.

This is somewhat reflected in Hend al Qassemi’s article. Speaking about India in the same league as Japan, Germany, South Korea and Singapore, she said: “The above-mentioned nations did not rise without guidance. Each nation had a wise leader that planted the seeds and after two generations, we today reap the fruits of our labour. Some would say that an elevated rate of religious tolerance is what allowed the astronomical development as they were in these countries.”

Indians, from across the country and all religions, form the majority community in the UAE, Bahrain and Qatar. And Indians are the majority among the expatriates in the Gulf, giving rise to concerns that the hate narrative back home may infiltrate a diaspora that is widely seen as peaceful and hardworking.

Responding specifically to similar references to India on non-official social media handles in Kuwait, external affairs ministry spokesperson Anurag Srivastava said: “The Government of Kuwait has assured us that they are deeply committed to friendly relations with India. They also do not support any interference in the internal affairs of India.”

Pointing to India deploying a Rapid Response Team in Kuwait to assist the Gulf country in its battle against Covid-19 at the request of its government, he added: “It is, therefore, important that the friendly and cooperative nature of our relations is accurately recognised and misuse of social media is not given credence.”