Sunil Prabhu was elected as chief whip of the party 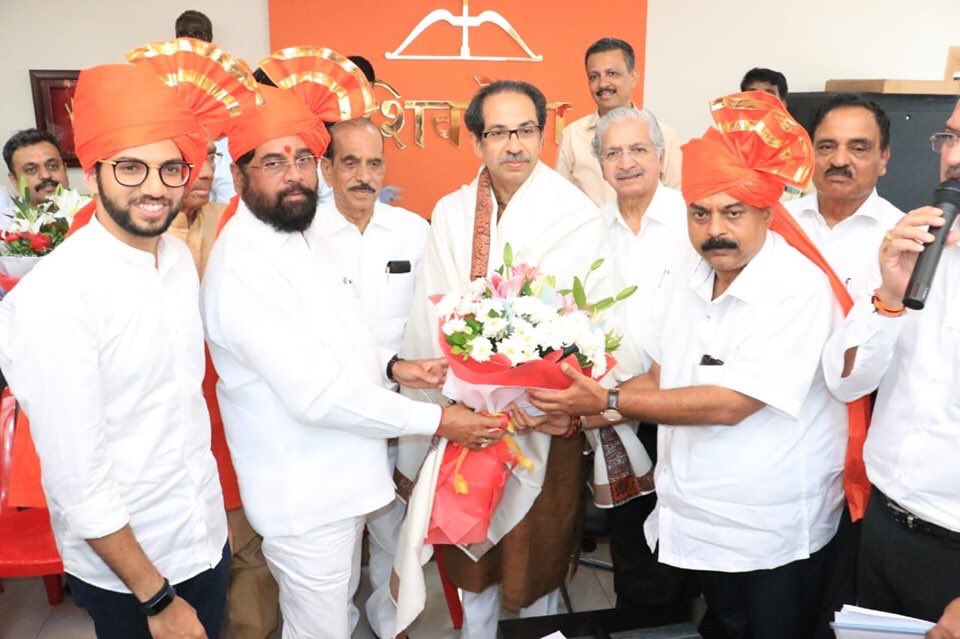 Sunil Prabhu was elected as chief whip of the party in the Maharashtra legislature.

Shinde, the MLA from Thane, was the leader of House in the previous term as well, besides being a cabinet minister in the BJP-Sena government.

First-time MLA and Thackeray family scion Aaditya tabled the motion to elect Shinde as the leader of House.

Sena sources said party chief and Aaditya's father, Uddhav Thackeray, was not keen to appoint his son as the head of the Sena's legislative unit.

Uddhav was present at the meeting held at the Sena headquarters in Dadar.

It was also attended by some of the Independents who have extended support to the party, which is locked in a tussle with the BJP post-October 21 Maharashtra elections, seeking equal sharing of the power.

The Sena has won 56 seats against the BJP's 105. The Uddhav Thackeray-led party has claimed that seven Independents are supporting it.