A case was filed after studying an FIR registered by the CBI against the couple, Videocon Group promoter Venugopal Dhoot and others 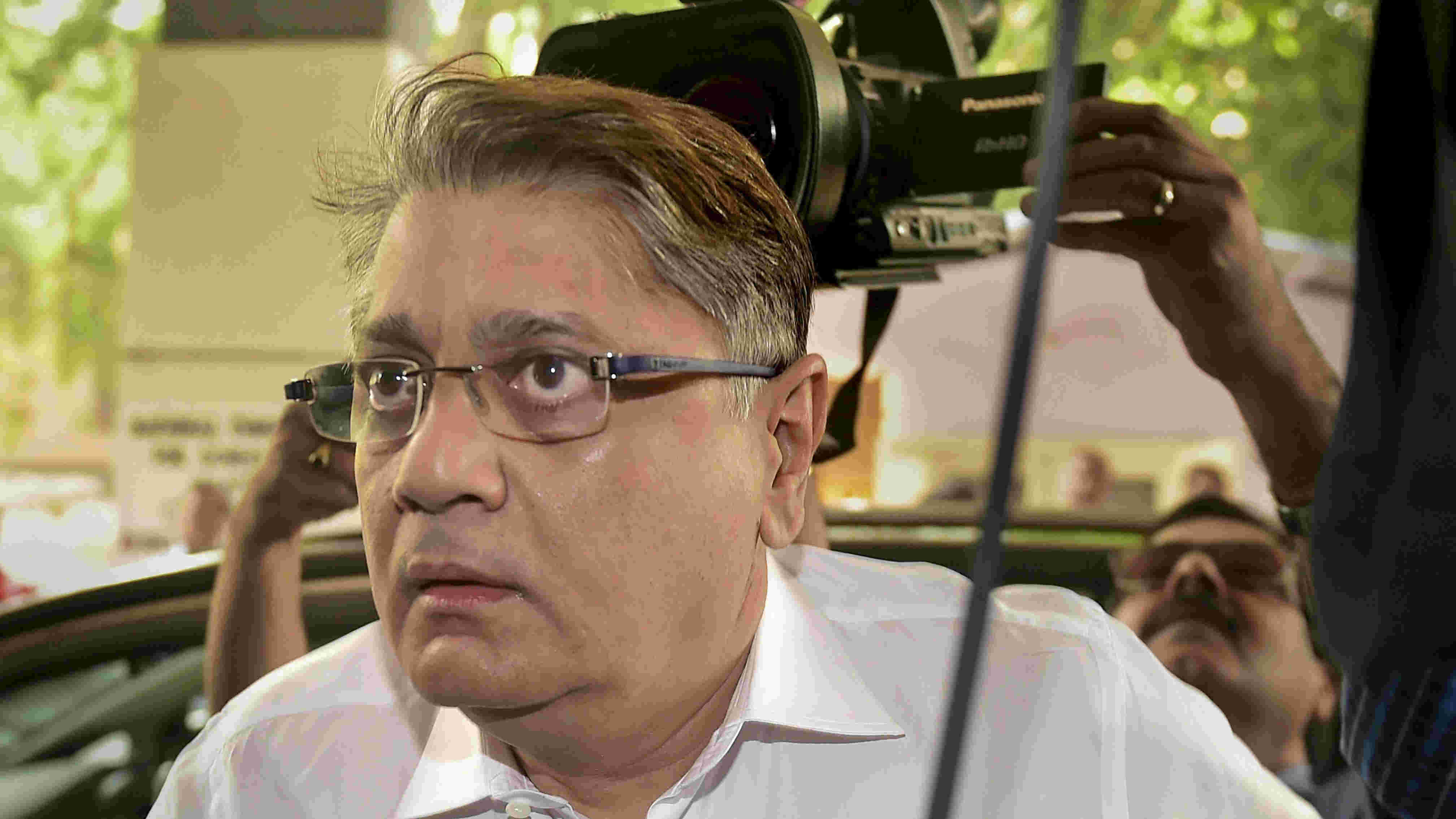 They said Deepak Kochhar was arrested in Mumbai under sections of the Prevention of Money Laundering Act (PMLA) and the agency is expected to produce him before a local court on Tuesday to seek his custody.

Officials said Deepak Kochhar was placed under arrest as the agency wants to put him under custodial interrogation to obtain more details about some fresh evidence gathered in this case, that was filed under the criminal sections of the anti-money laundering law in January last year.

The ED had filed its case after studying an FIR registered by the CBI against the couple, Videocon Group promoter Venugopal Dhoot and others.

It slapped money laundering charges against the Kochhars and their business entities for "illegal sanctioning of loans amounting to Rs 1,875 crore to the Videocon Group of companies".

The ED had earlier said an amount of Rs 64 crore, out of the loan amount of Rs 300 crore sanctioned by a committee headed by Chanda Kochhar to Videocon International Electronics Limited, was transferred to Nupower Renewables Pvt Ltd (NRPL) by Videocon Industries Limited on September 8, 2009, just a day after disbursement of the loan by ICICI Bank. NRPL was earlier known as NuPower Renewables Limited (NRL) and is a company of Deepak Kochhar.

The agency had alleged that the "net revenue of Rs 10.65 crore was generated by NRL from these tainted funds".

"Therefore, proceeds of crime amounting to Rs 74.65 crore were transferred to or to say generated in NRPL," the ED had claimed.

The ED, early this year, also attached assets -- including a Mumbai flat where the couple lived, land, and plant and machinery of a wind farm project based in Tamil Nadu and Maharashtra -- valued at Rs 78 crore "in possession of" Chanda Kochhar, Deepak Kochhar and the companies owned and controlled by him.

It had said Chanda Kochhar and her family "acquired" the Mumbai apartment, owned by one of the Videocon Group companies, by way of "acquiring that company through her family trust at a nominal price and by creating book entries".

The couple has been questioned by the central probe agency multiple times in the past at its offices in Mumbai and Delhi.

It also named Supreme Energy, a company founded by Dhoot, and Nupower Renewables, a company controlled by Deepak Kochhar, in its FIR.

The CBI slapped sections of the Indian Penal Code related to criminal conspiracy, cheating and provisions of the Prevention of Corruption Act on all the accused.

The CBI alleged that Dhoot had invested in Deepak Kochhar's company Nupower through his firm Supreme Energy, a quid pro quo to loans cleared by ICICI Bank after Chanda Kochhar took over as the CEO of the bank on May 1, 2009.

The ownership of Nupower and Supreme Energy changed hands through a complex web of shared transactions between Deepak Kochhar and Dhoot, the CBI had alleged.

During its preliminary enquiry, the CBI found that six loans worth Rs 1,875 crore were sanctioned to the Videocon Group and companies associated with it between June, 2009 and October, 2011 in alleged violation of laid-down policies of ICICI Bank.

"Existing outstanding in the accounts of these private group companies were adjusted in Rupee Term Loan of Rs 1,730 crore sanctioned by ICICI Bank under refinance of domestic debt under consortium arrangement on April 26, 2012," a CBI spokesperson had said.

The loans were declared non-performing assets in 2012, causing a loss of Rs 1,730 crore to the bank, it had alleged.