Wanted: Musk for pest-proof facials for the Lord 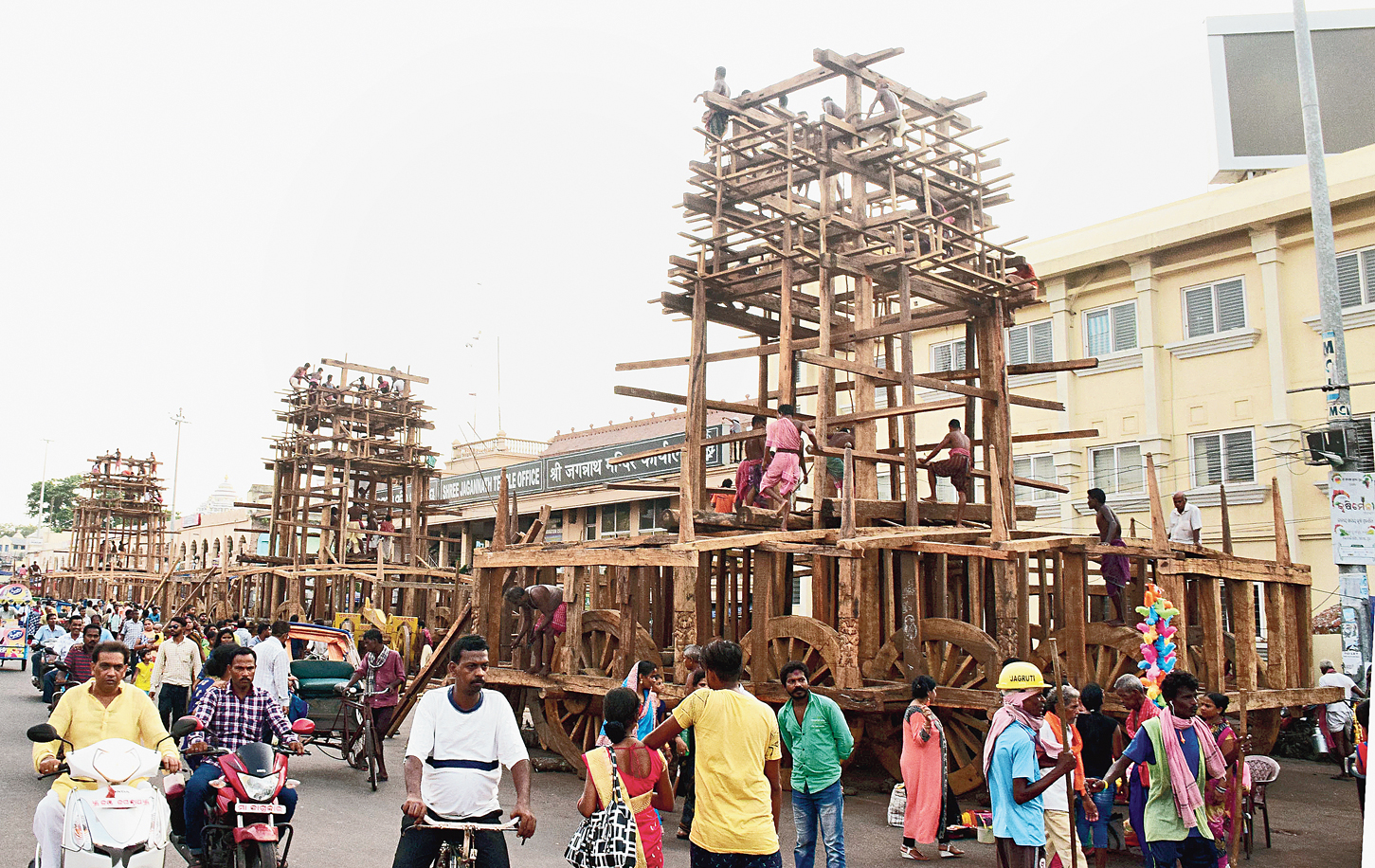 The Puri Jagannath temple’s stocks of musk, crucial to the periodic facials it gives the idols as protection against pests, is depleting and will last just two to three years, shrine sources said.

“We are now applying kasturi (musk) only on a few occasions, particularly during Rath Yatra,” the temple PRO, Laxmidhara Pujapanda, told The Telegraph on Monday.

“Nepal has stopped the supply. We have been constantly requesting the Nepal government to resume supplies but it has been unable to, because the law prohibits the killing of this endangered animal (Himalayan musk deer).”

Musk is collected from a gland on the stag’s tail, known as the musk pod. Killing of musk deer is prohibited under the Convention on International Trade in Endangered Species of Wild Fauna and Flora (1979) and under the Wildlife Protection Act (1972), People for Animals secretary Jiban Ballabha Das told this newspaper.

Nepal’s royal family, which enjoys special rights at Puri temple rituals like the Puri king, used to donate generous supplies of musk to the temple from its old stocks. But the supplies stopped after the royal massacre of 2001 in which King Birendra was killed.

The temple administration has since then been periodically urging devotees to donate any stocks of musk they may possess.

King Birendra had visited the temple in June 1993 and donated a quantity of musk. He did so again in 1999 following a request. In 2007, a visiting Naga monk had donated musk to the temple. The temple had raised the subject with Nepal President Bidya Devi Bhandari when she visited the shrine in 2017.

Senior servitor Ramakrushna Das Mohapatra explained why musk it so important to the temple.

“Unlike other temples, the idols here are made of neem wood. We use musk to protect the idols from insects,” he said.

“The faces of the idols acquire a glaze when we apply musk mixed with sandal paste and colours, and the scent puts off pests.”

With less musk being used now, “we have noticed a rise in cockroaches and rats in the sanctum sanctorum”, he said.

Sources said the Odisha government had requested the Centre to help, but opposition from wildlife activists had stayed the Union government’s hand.

“The musk deer is an endangered species and comes under the Schedule I category (which offers absolute protection),” PFA secretary Das said. “Killing a musk deer invites three to five years’ imprisonment.”

He added: “What is most fascinating is that the musk deer marks its territory by rubbing its tail gland against trees and stones. The male deer uses the scent of the musk to attract females. Each musk pod weighs about 15 grams.”