Advertisement
Home / India / Drop Central Vista, restore fund: MPs
'Do you want an office or a venilator and hospital' 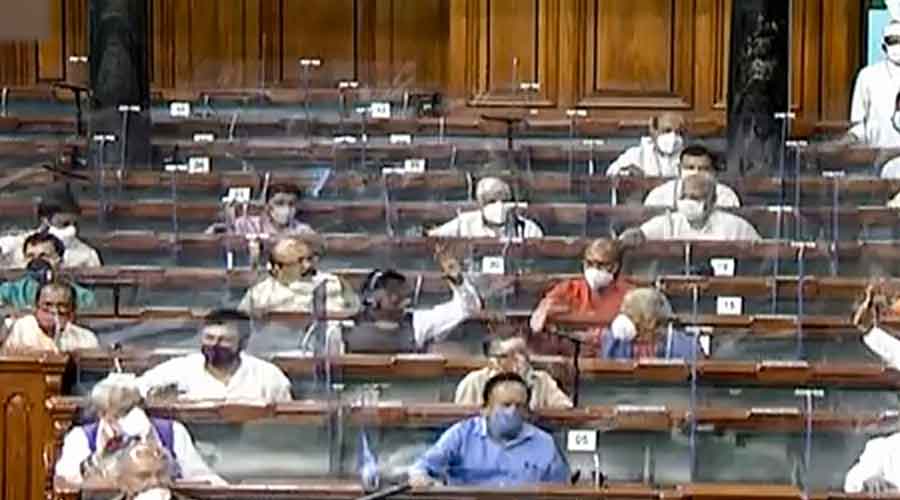 Parliamentarians in the Lok Sabha attend the ongoing Monsoon Session of Parliament in New Delhi on Tuesday
PTI
Our Special Correspondent   |   New Delhi   |   Published 16.09.20, 01:26 AM

The entire Opposition on Tuesday urged the government to restore the grant of MPLADS funds as its suspension had obstructed welfare measures in constituencies across the country.

The MPs supported the decision to cut their salaries as part of austerity measures amid the pandemic-triggered economic crisis but batted for the Member of Parliament Local Area Development Scheme, under which each MP is allotted Rs 5 crore a year to carry out development work.

Participating in a discussion on the Salary, Allowances and Pension of Members of Parliament (Amendment) Bill, 2020, in the Lok Sabha, members of the Congress, Trinamul Congress, BJD, NCP, TRS, the TDP and other Opposition parties passionately sought the restoration of MPLADS while some of them even urged the BJP members to muster the courage to speak up for its return.

The government in April suspended the MPLADS for two years owing to the coronavirus-induced crisis.

The Opposition MPs suggested on Tuesday that the government cut down on wasteful expenditure, including the grand plans for the Central Vista beautification and construction project in the national capital, instead of targeting the basic welfare activities that help people at the grassroots.

Supporting the decision to cut MPs’ salary, NCP member Supriya Sule said: “The estimated cost of the proposed development of the Central Vista is Rs 20,000 crore and you (Union government) are saving around Rs 10,000 crore from MPLADS for a building which we have not asked for. Do you want a Central Vista and an office, or a ventilator and a good hospital in your constituency? It is not rocket science. I urge this government to come clean on this.”

Trinamul leader Saugata Roy said salaries of parliamentarians can be taken away but a fund meant for the people should be given back. He also stressed that the government should reduce bigger expenses.

Congress leader Adhir Chowdhury said: “Everybody has called for the restoration of the funds, so why not we pass a unanimous resolution in this regard?”