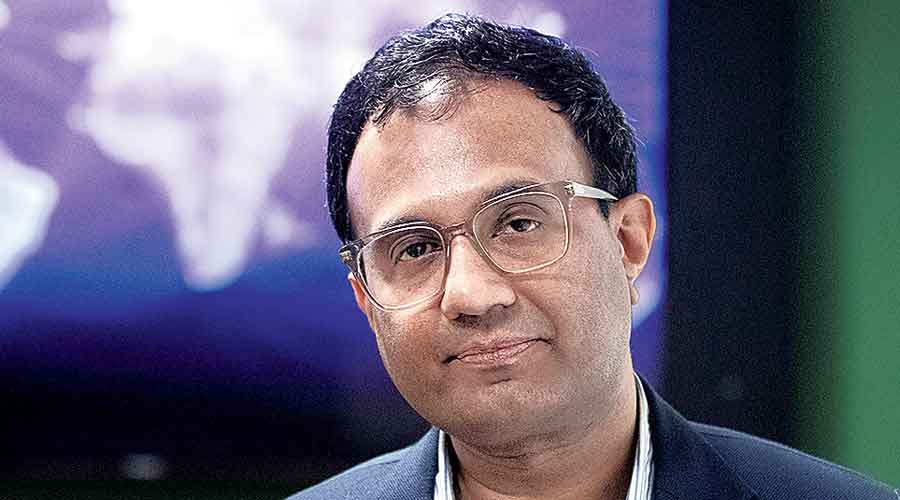 Facebook’s India head Ajit Mohan refused to appear before the Delhi Assembly’s Committee on Peace and Harmony to testify on Tuesday on the social media giant’s alleged culpability in communal riots in the capital in February.

The company wrote to the committee saying that only the Centre, not a state or Union Territory government, could regulate communications in India.

Committee chairman Raghav Chadha said if Mohan did not respond to another summons, he would face proceedings for breach of privilege, under which the Speaker can issue a warrant to police to bring him before the Assembly.

On Monday, Buzzfeed News had reported a leaked memo of a former Facebook employee that accused the company of ignoring or acting slow on fake accounts that undermined elections across the world, and that the company had not disclosed the existence of such a network to influence the Assembly polls in Delhi earlier this year.

Mohan had appeared before a parliamentary panel earlier this month amid reports of Facebook’s inaction on hate speech by BJP MLAs. After the hearing, Facebook said it removed several accounts in the name of Telangana BJP MLA T. Raja Singh.

On Tuesday, in a letter to Chadha, Vikram Langeh, Facebook director, trust and safety, said that “regulation of intermediaries like Facebook falls within exclusive authority of the Union of India” which has exclusive powers on the subject of communications, and in Delhi, the powers of law and order too.

Langeh wrote:  “Given that the issues raised by the notice involve subject matter within the exclusive domain of the Union of India, and that the matters are under active consideration by Parliament,  we respectfully object to the notice and request you recall it.”

Chadha said in a statement: “...it was clarified to Facebook once again that refusal to appear before the committee for reasons which are evidently untenable in law and facts, gives the committee the impression that they are attempting to conceal crucial facts in relation to Facebook’s role in the February 2020 violence/riots in the NCT of Delhi and thus as a note of caution that the committee advices as well as commands the to ensure your appearance in person on the next decided date of meeting which shall be intimated to them by issuing a subsequent notice of appearance, failing to which will be admitted as an intelligible breach of privilege and shall ensue the lawful and legal adverse actions against yourself.”

He added: “As per the judgment of the Constitution Bench of the Supreme Court of India in State (NCT of Delhi) v. Union of India (2018) 8 SCC 501, the Legislative Assembly of the NCT of Delhi has legislative powers in respect of these subjects, and the Government of  NCT of Delhi has the exclusive executive power in respect of the same. Further, the Rules of Procedure and Conduct of Business in the Legislative Assembly of the NCT of Delhi (“Assembly Conduct Rules”) that have been framed under Section 33 of the GNCTD Act provides this committee the powers to summon and ensure the presence of witnesses….

“It is manifest from a perusal of this notice that the proceedings before the Parliament are in no way connected to the role of Facebook in the riots/violence in the NCT of Delhi in February, 2020.”

Facebook India and Mohan did not respond to queries from this newspaper.

Buzzfeed News had published excerpts of a memo recently fired data scientist Sophie Zhang of the “Facebook Site Integrity fake engagement team” — who refused a $64,000 severance package that put restrictions of what she could reveal about her work there.

The report says: “Facebook ignored or was slow to act on evidence that fake accounts on its platform have been undermining elections and political affairs around the world….”

Zhang’s memo focused on how the company was slow to act on campaigns through fake accounts by ruling parties in Honduras and Azerbaijan to mislead people and harass the opposition.

The report said:  “In India, she worked to remove ‘a politically-sophisticated network of more than a thousand actors working to influence’ the local elections taking place in Delhi in February. Facebook never publicly disclosed this network or that it had taken it down.”

Chadha said that the Buzzfeed News report: “...finds resonance with the initial findings of our committee with respect to misinformation spread by Facebook. The same has found place in the scathing account of an ex- employee of the Facebook who affirms that Facebook as a platform works in collusion with the ruling dispensation across the globe to disrupt free and fair elections and has been actively used as a means to sway public opinion, thus confirming it is not as neutral and non-partisan as it poses to be. The committee had received similar inputs while examining an independent witness Sh. Awesh Tiwari as he had affirmed with the help of some cogent set of evidences that Facebook through its actions/ omissions, have potentially affected the free and fair election in the capital.”

Raipur-based journalist Tiwari and Ankhi Das, Facebook’s head of public policy in South and Central Asia, have filed FIRs against each other for online threats.

Chadha added: “The memo also states that during the Delhi election in February 2020, the same former employee had worked to remove ‘a politically-sophisticated network of more than a thousand actors working to influence" the local elections taking place in Delhi in February’. However, no such information was made public by the platform so that if required, actions could’ve been taken as per the Indian laws in place.”