Both accused of highlighting 'attack on places of worship', 'siding towards a particular community' and alleging 'police inaction' 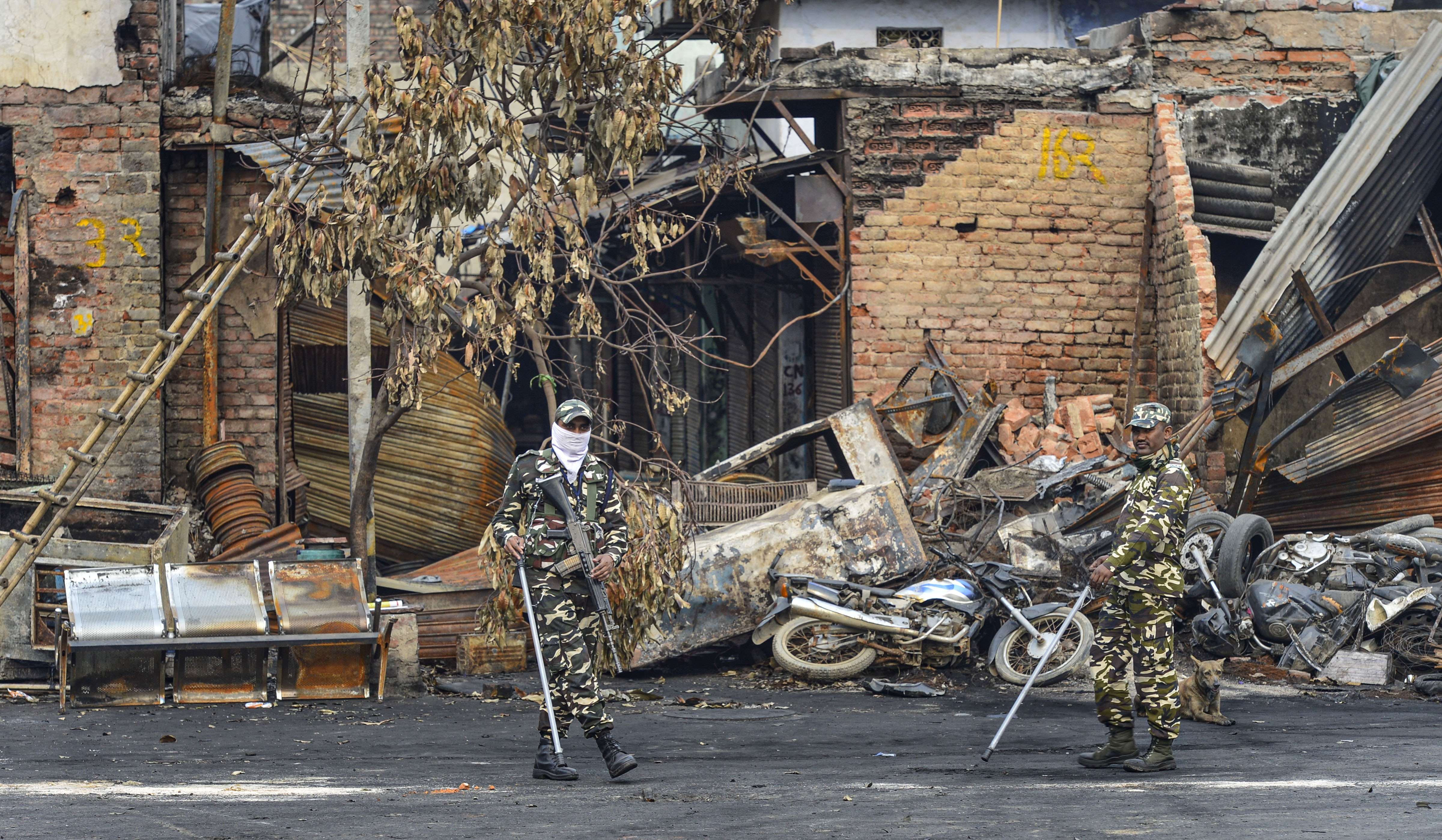 Two Malayalam news channels, including the most popular one in Kerala, have been barred by the Centre from telecasting for 48 hours as punishment for their coverage of the Delhi riots.

The blackout, ordered without establishing any inaccuracy in reportage but based on rules dealing with communal strife, drew comparisons with the Emergency-era clampdown on freedom of expression.

The 48-hour ban covers Asianet News TV, the most widely viewed news channel in Kerala where almost every major media house has a television presence, and Media One TV, operated by the Madhyamam group whose newspaper has a wide readership among Malayalis in the Gulf.

Asianet News is owned by Rajeev Chandrasekhar, a BJP Rajya Sabha MP, but its editor is a professional journalist.

Both channels were taken off the air at 7.30pm on Friday. They had been issued showcause notices earlier in the week.

Both have been accused of highlighting “attack on places of worship”, “siding towards a particular community” and alleging “police inaction”.

In addition, Asianet has been faulted for reporting that “riots continued in Delhi and death toll has reached 10”, that “hundreds of shops, houses and vehicles were set on fire”, that “rioters were firing at each other” and that the “rioters were attacking people after asking their religion”. 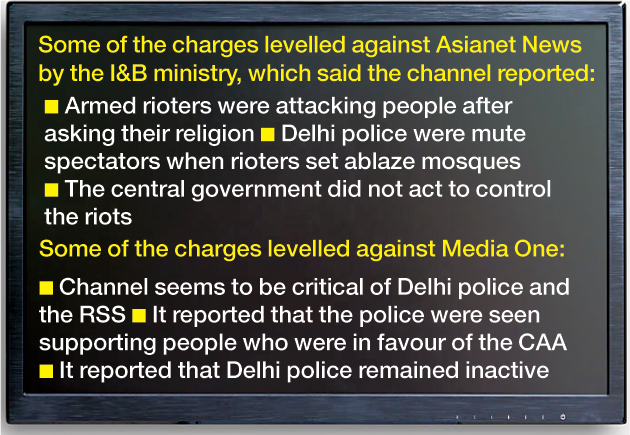 The official death toll now stands at 44. The Telegraph had published an account by at least one journalist who had said he was asked to drop his trousers by rioters to verify his religion.

Against Media One, the additional charges are that it “seems to be critical towards Delhi police and RSS” and “questions RSS”, and that it focuses on the “vandalism of CAA supporters”.

Nowhere does the ministry’s order say that the reporting by either channel was factually incorrect.

Both channels have defended their coverage, saying it was based on what reporters saw and eyewitnesses said. They have said they spoke to victims from both communities and reported stories of brotherhood and appeals for peace.

Media One, in its reply to the showcause notice, underlined that it “is the duty of the media under Article 19(1)(a) read with Article 15(2) of the Constitution of India to bona fide investigate and report news truly and correctly.” Rule 6 is subject to the fundamental rights, the channel asserted.

It is unclear which law or rule is violated by criticism of the RSS.

P.R. Sunil, Asianet News Delhi correspondent whose name was misspelled in the ministry’s order, told The Telegraph: “I only reported what I saw. I never mentioned ‘Muslim’ in that report. But I did say the violence could be stopped if the Centre wanted to.”

Hasannul Banna, a newspaper journalist who was named in the ministry’s order, said he had only told the channel what he saw and was not reporting for Media One. “I narrated what I saw when the channel called me. Someone was firing at the crowd from the top of a building on Jan. 24,” Banna told this newspaper. “I didn’t say who fired because I don’t know. But this kind of a reaction by the government is very unfortunate,” he added.