Conditions are favourable for the monsoon to reach the capital either on Thursday or Friday, says IMD 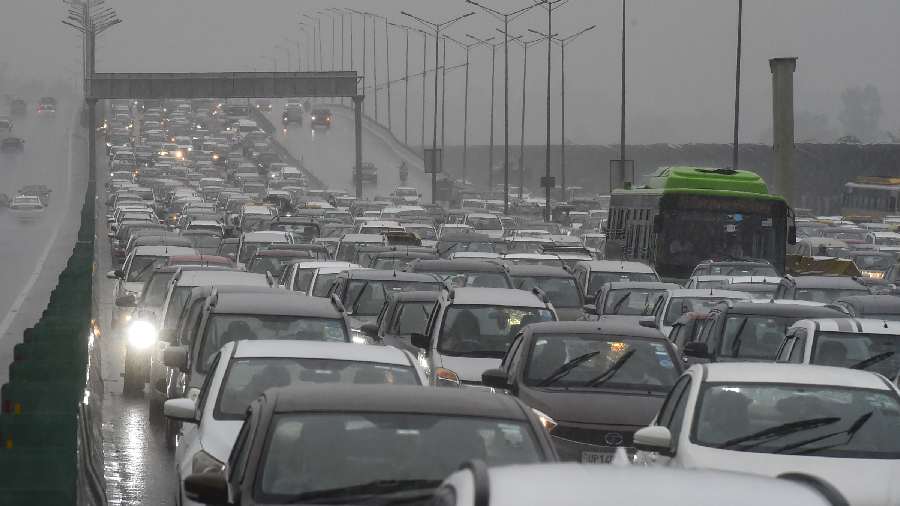 However, the India Meteorological Department (IMD) is yet to declare the arrival of the monsoon in the capital.

"An official statement will be made after reviewing the rainfall data in the region," a senior IMD official said.

The MeT office had earlier said the monsoon would reach the capital on Thursday or Friday.

The southwest monsoon usually arrives in the national capital on June 27.

However, Mahesh Palawat, vice-president (climate change and meteorology), Skymet Weather, confirmed these are the first monsoon showers in the region.

Most parts of the capital reported a fresh spell of rain.

The IMD has issued an orange alert, warning of heavy rainfall in some areas in the city on Thursday and moderate rainfall on Friday. The maximum temperature will come down to 34-35 degrees Celsius.

Last year, the IMD had forecast that the monsoon would arrive in Delhi nearly two weeks before its usual date. However, it reached the capital only on July 13, making it the most delayed in 19 years.

Weather experts say a gap of three to five days is considered normal.

According to IMD data, the monsoon covered Delhi 29 times in June and 33 times in July in the last 62 years.

Weather experts have said the monsoon is expected to yield good rainfall in Delhi in the first 10 days and help cover the rain deficit.

From June 1, Delhi has received just 24.5 mm of rainfall against the normal of 74.1 mm till Thursday morning.