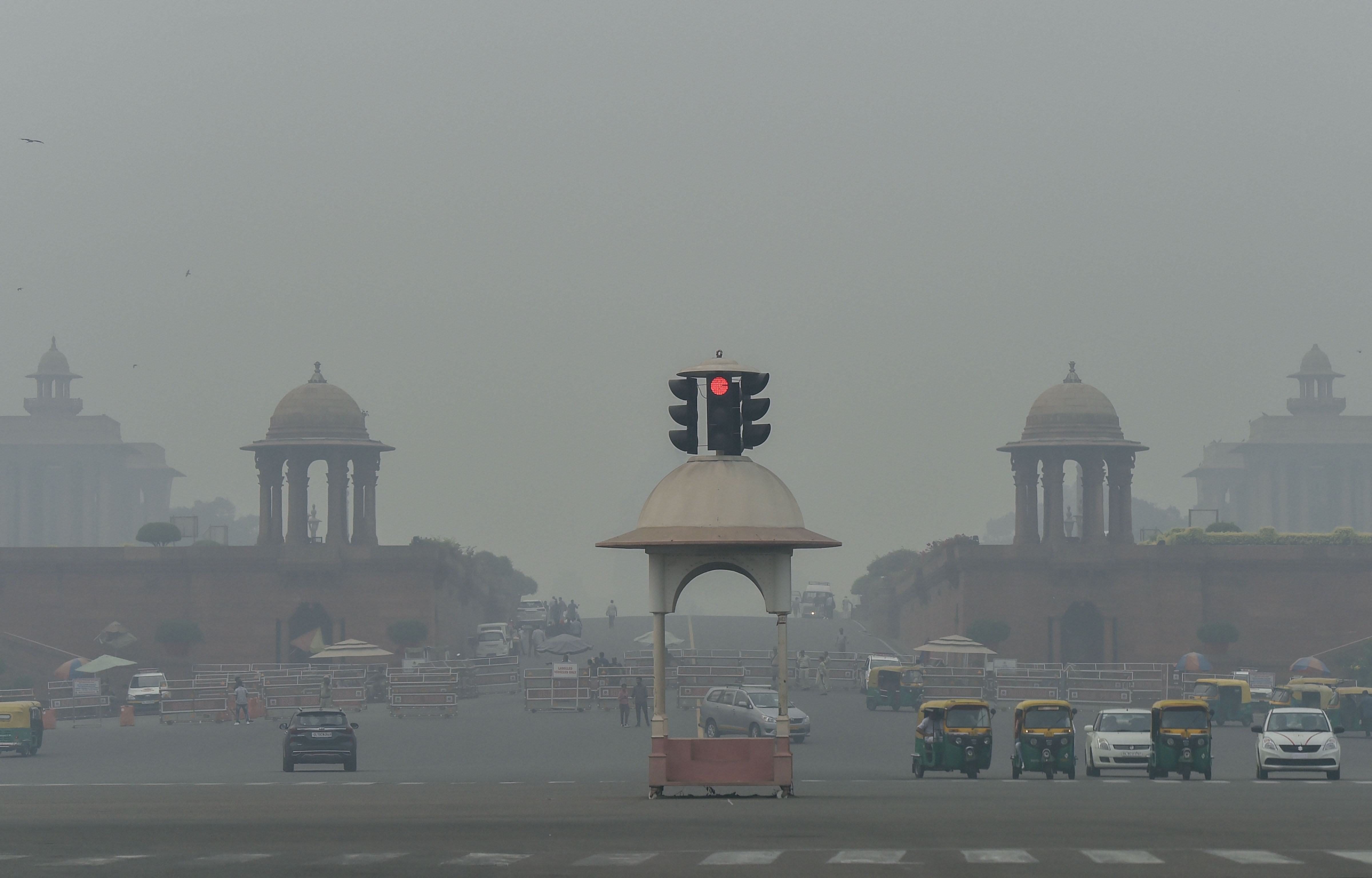 The pollution level in Delhi and satellite towns shot up again on Sunday morning, with the air quality bordering the 'severe plus' category at several places.

A slight increase in the wind speed and a light drizzle on Saturday had led a drop in pollution levels with the air quality index settling at 399 in the evening.

However, weather experts said pollution levels shot up overnight due to calm winds leading to accumulation of pollutants.

On Friday, the city recorded the 24-hour AQI average of 484, which prompted authorities to shut schools, ban all construction activities and declare a 'public health emergency'.

The AQI at Pusa, Bawana, Anand Vihar, Ashok Vihar, Mundka, Punjabi Bagh and ITO was between 490 and 500.

As the pollution led to low visibility, 32 flights were diverted from Delhi airport, airport officials said.

An Air India spokesperson said, 'Due to bad weather, flight operations affected since morning 9 am in T3 airport (Delhi). Twelve flights are diverted to Jaipur, Amritsar and Lucknow.'

When asked if it can be said that 'bad weather' is actually the pollution, the spokesperson replied in affirmative.

Delhi is pinning hopes on meteorological relief with the weatherman saying winds gusting up to 20-25 kilometers per hour are likely to prevail in the region from Sunday evening to Tuesday.

Scattered rainfall in Punjab, Haryana, Rajasthan and Delhi is likely on November 7 and 8 under the influence of Cyclone Maha and a fresh western disturbance.

This rainfall, however light, will be significant in terms of reducing the effect of stubble burning and washing away pollutants, officials said.

On Friday, the Supreme Court-mandated Environment Pollution (Prevention and Control) Authority had declared a 'public health emergency,' following which the Delhi government decided to shut all schools.

The EPCA also banned all construction activities in Delhi-NCR till November 5.

The share of stubble burning in Delhi's pollution stood at 46 per cent on Friday, the highest so far. It dropped to 17 per cent on Saturday and is expected to be 12 per cent on Sunday, according to the ministry of earth sciences' air quality monitor Safar.