Rankings are based on scheduled airline capacity in the current month and compared to the equivalent month in 2019, pre-pandemic 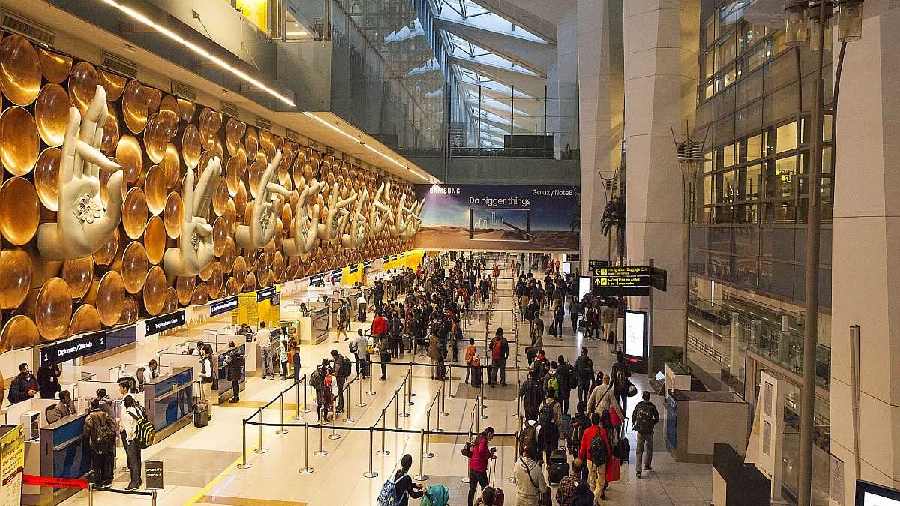 The Indira Gandhi International Airport in the national capital has emerged as the world's 10th busiest airport in October, improving its ranking compared to the pre-pandemic period.

In its report, aviation analytics firm OAG said Delhi airport has improved its position from 14th place in October 2019, which was the pre-pandemic time. In October 2022, Hartsfield-Jackson Atlanta International Airport was the busiest in the world.

The rankings by OAG are based on scheduled airline capacity in the current month and compared to the equivalent month in 2019, pre-pandemic. The world's top 10 busiest airports list is prepared using total capacity, both domestic and international.

After Atlanta, Dubai and Tokyo Haneda airports are at the 2nd and 3rd positions, respectively.

For the Delhi airport, also known as the Indira Gandhi International Airport (IGIA), the number of seats was 34,13,855, as per OAG.

The Indian aviation sector is recovering after being significantly impacted by the coronavirus pandemic that also saw scheduled international flight services remaining suspended for more than two years starting from March 2020.

According to the report, Dubai is the busiest international airport, followed by London Heathrow Airport and Amsterdam airport at the 2nd and 3rd positions, respectively.

There is no Indian airport in the top 10 list of busiest international airports.

In another report, OAG said Mumbai to Dubai and Delhi to Dubai were among the top 10 busiest international routes.

The busiest airline routes are those with the largest volume of scheduled seats during the period from October 2021 to September 2022.

"India is also seeing an increase in route capacity with two routes in the top 10, operating from Mumbai to Dubai (BOM-DXB) and Delhi to Dubai (DEL-DXB)," it said.

Also, the route between Mumbai and New York is among the largest unserved routes, which OAG defines as the routes with the largest volume of people travelling indirectly between two points.

"Based on passenger booking data for the period August 2021 - July 2022, eight of the top 10 largest unserved routes start or end in North America. New York features in three of the routes with Quito - New York (UIO-JFK) the largest market, with more than enough passengers to potentially sustain a direct service," the report said.

Further, OAG noted that the other New York routes include India's largest city, Mumbai (BOM-JFK) with nearly 82,000 passengers in a 12-month period currently travelling indirectly between these two cities.

Biju Patnaik's Dakota aircraft to be back in Odisha soon