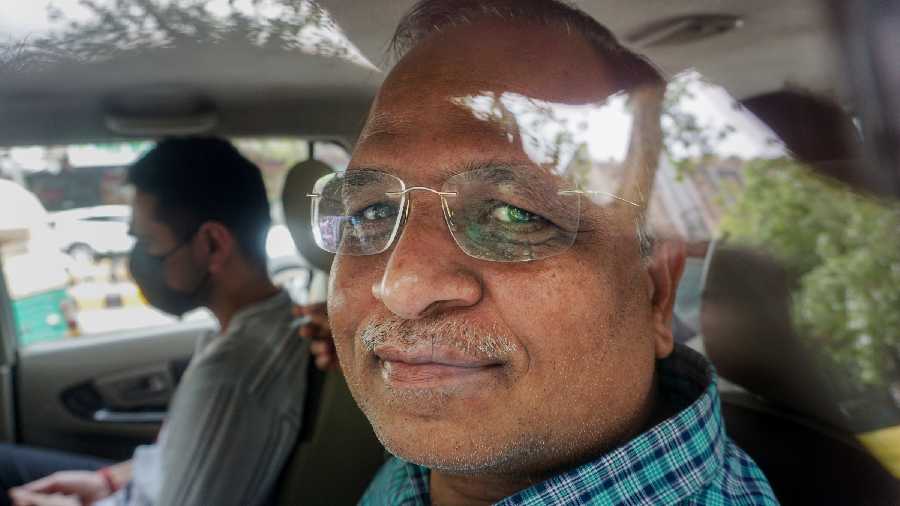 A Delhi court on Tuesday sought the Enforcement Directorate's response to a plea by jailed AAP minister Satyendar Jain seeking a direction to Tihar officials to provide him food items like fruits, dry fruits and dates as per his religious beliefs as he was observing a fast.

Special Judge Vikas Dhull issued notice to the agency and directed it to file its reply by Wednesday.

The application has also sought a direction to the prison officials to immediately conduct the minister's medical check-up. It said that Jain was "a strict adherent of Jainism", but he was not being provided basic food that is partaken under his religion and medical facilities inside the prison.

It said that the Delhi Prison Rules provide for diets to be given as per the local or religious customs such as during Navratras and Ramzan.

The application alleged that from the day of Jain's arrest on May 31, he has not been able to visit a Jain temple, and "being a strict Jain religious observer, he has been on a religious fast and was not having cooked food, pulses, grains and milk products".

"For last almost six months, he has been surviving only on fruits, vegetables, seeds and dry fruits or dates. This he was purchasing from his quota of ration available to all inmates.

"In the meantime, he has suffered a major fall in jail which led to a severe spine injury, for which he was treated by LNJP Hospital. He also has lung patches, which is a post-Covid symptom," the application claimed.

It added that for the last 12 days, the jail administration has stopped providing him basic food items as per his religious beliefs.

The petition claimed, "The jail administration has stopped providing the applicant with fruits or vegetables, mixed seeds, dry fruits and dates.

"Since the applicant is on a religious fast for the last six months - the dietary intake of such basic food items is necessary for his sustenance, nourishment and survival.

"That due to the said religious fast - there is a serious risk of protein and iron deficiency and hence, was prescribed the said diet by doctors or dieticians in jail and in hospital," it added.

The application further added that stopping food items during the religious fast was "illegal, arbitrary and amounted to harassment".

"The applicant is being starved by the jail authorities and is not being given sustenance or nutrition to even sustain his well-being. The applicant is entitled to the said basic food item in view of his religious beliefs and fast," the application alleged.

The application added that Jain was due for a medical check-up, including MRI scans, on October 21 but it was not allowed to be done by the jail authorities, "by citing one excuse or another".

"The applicant has the right to a dignified human life," it said.

Jain was arrested in a money laundering case based on a CBI FIR lodged against him in 2017 under the Prevention of Corruption Act.