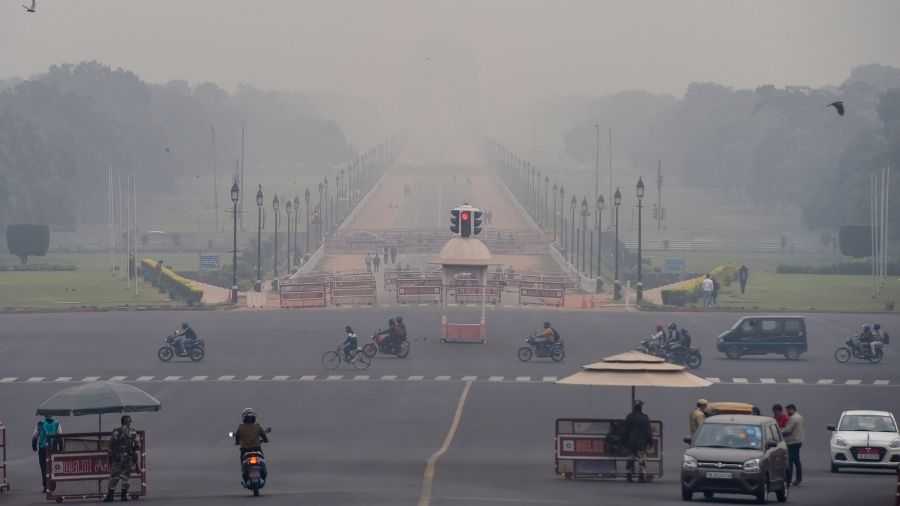 Delhi on Thursday recorded an air quality of ‘very poor’ category but government agencies expected it to improve with the wind speed picking up.

The Air Quality Index (AQI) at 9 am was 374 on Thursday, while the 24-hour average on Wednesday was 413. It was 379 on Tuesday and 295 on Monday, according to the Central Pollution Control Board data.

However, the air quality in Delhi-NCR is likely to improve to the lower end of the ‘very poor’ category over the day as the wind speed picks up, said the central government's Air Quality Early Warning System for Delhi.

The predominant surface wind direction was northerly and the maximum wind speed is likely to be 10 kmph on Thursday, it said, adding that the air quality is likely to reach the poor category on Friday.

Delhi's ventilation index -- a product of mixing depth and average wind speed was around 8,000 m2/s on Thursday and is likely to be 7,000 m2/s on Friday.