Sukadev Bhoi has sought the cancellation of the ongoing appointment process from the President, the PMO and the education ministry to ensure transparency 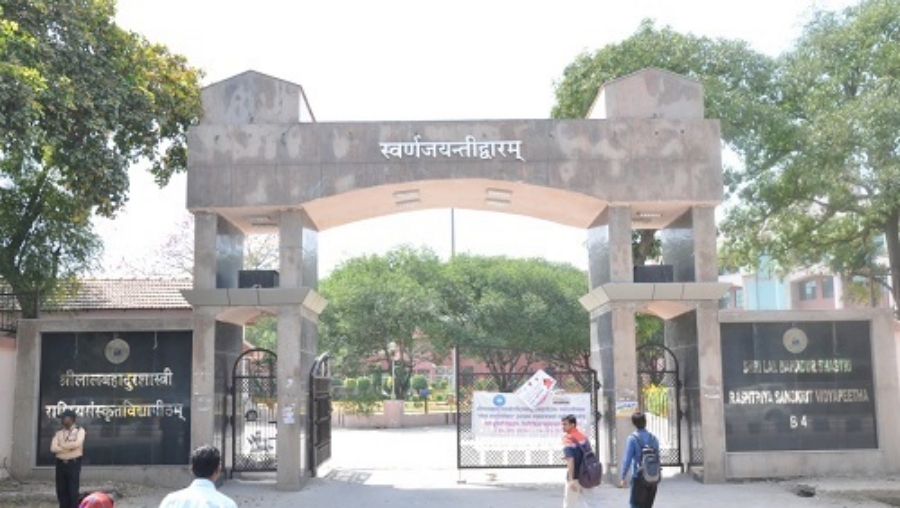 Sukadev Bhoi, a well-known scholar of Sanskrit literature and a professor for over 13 years in Shri Lal Bahadur Shastri National Sanskrit University, had applied for the post of the vice-chancellor of the institution
File picture
Basant Kumar Mohanty   |   New Delhi   |   Published 19.08.20, 01:59 AM

A Dalit professor with “sound” academic and administrative credentials at a central university dedicated to Sanskrit education has alleged that he was not considered for the post of its vice-chancellor because of his caste.

Sukadev Bhoi, a well-known scholar of Sanskrit literature and a professor for over 13 years in Shri Lal Bahadur Shastri National Sanskrit University, had applied for the post of the vice-chancellor of the institution.

A search and selection committee comprising five academics has decided to not to call Bhoi to the interview scheduled on Thursday. Nearly 40 people had applied and around 10 have been called for the interview.

Bhoi has complained to the office of the President, who is the visitor to the university, the Prime Minister’s Office and the education ministry.

It is learnt that Bhoi has sought the cancellation of the ongoing appointment process to ensure transparency. Bhoi has accused the panel headed by professor Uma Vaidya to have excluded him purely on caste consideration. He has also claimed the selection process is designed to favour re-appointment of the incumbent vice-chancellor Ramesh Chandra Pandey. Bhoi has alleged that all those called for the interview were from privileged castes and most of the search panel members belonged to the same castes.

Last week, the PMO forwarded the complaint to the education ministry for appropriate action.

The requirement for the post is 10 years of experience as a professor and that the applicant shall be preferably below 65 years of age. Bhoi, a recipient of Maharshi Badrayan Vyas Samman, fulfils both the conditions.

Bhoi has administrative experience and he served as the head of Sahitya department in the university for five years and dean of faculty of Sahitya and Sanskrit for over two years. He has 21 research publications to his credit and has guided over a dozen PhD students. Bhoi has been also nominated by the University Grants Commission (UGC) as an observer or expert in about 40 panels related to either the selection committee for faculty or the board of management of institutions.

Devarshi Kala Nath Shastry, a President’s Award winner for contribution to Sanskrit, said: “His academic credentials are sound. But the search panel enjoys freedom to follow its criteria to invite persons for interview. The search panel is expected to follow transparent criteria.”

A ministry source said the government would not like to comment on an issue related to a committee of experts.

An email to the education ministry to understand its perspective did not elicit a response.

Shastry, who has been chairperson of several search panels for VC posts, said that the government influence has increased in recent years in the selection process for academic leaders.

A former UGC member admitted that the selection committee gets influenced by recommendations from the RSS. “These days the selection committees for vice-chancellor posts call about 10 to 20 persons for interview. Many people despite fulfilling eligibility get rejected for the interview. The committees also accommodate recommended candidates from the Sangh. But they do so by following some criteria, not arbitrarily. This committee will be able to tell the criteria,” he said.

Asked about the allegation of bias, Vaidya said: “Till the process is complete, I cannot say anything. Let him say whatever he wants to say. I am going by rules and regulations.”

Another member of the search panel said that the panel did not look at the caste of any candidate. “Normally the search panel looks at criteria like academic and administrative experiences of a candidate, reputation as a scholar and exposure, and conduct. I do not remember exactly why professor Bhoi was not called (for the interview). But we did not look at the caste of the candidates,” he said.

The matter has brought to light the alleged hegemony of privileged caste members in academic institutions in general and Sanskrit institutions in particular. Last year, Muslim scholar Feroze Khan had to quit his job as an assistant professor within a month of joining the faculty of Sanskrit Vidya Dharma Vijnan in Banaras Hindu University due to protests by students over his religion.

The complaint of bias in selection is usual practice but the government has to rely on the collective wisdom of experts, the source said.

The source also defended the decision to assign the secretarial support work to the university for the sake of autonomy. Usually the ministry handles the process of appointment like collection of applications, arrangement of meeting of the search panel and stay of the members as a matter of practice.