Crony capital will exploit farmer, and consumer too: Ratan Khasnabis

The eminent Marxian professor of economics explores this contradiction 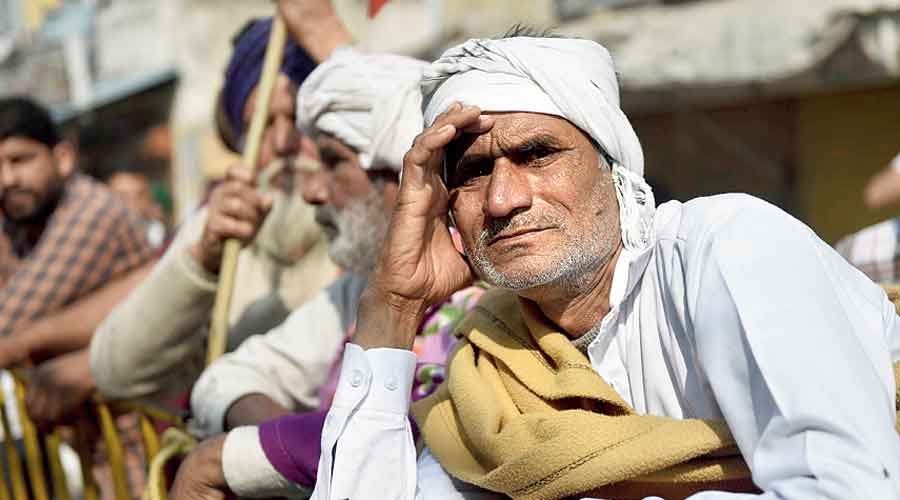 The hard truth is that unless you provide subsidy, capital will move away from agriculture, the professor said.
File picture
Subhoranjan Dasgupta   |     |   Published 15.02.21, 01:30 AM

While the US and western Europe, bastions of capitalism, massively subsidise their farm sector, the pro-market and pro-capital Narendra Modi is not ready to grant a legal guaranteed even to the minimum support price (MSP). Why? What is the difference between advanced western capitalism and crony Indian capitalism? Ratan Khasnabis, the eminent Marxian professor of economics, explores this contradiction in an interview with the author, a professor of human sciences.

Q: Our country’s ruling dispensation has been described as a Rightwing conservative government devoted to the principles and practice of market economy. If true, why isn’t the NDA following the market principles of the US and western Europe and subsidising the farm sector heavily?

This provides the rationale for subsidising agriculture, corn production in particular, in a framework of capitalist production with the provision for free mobility of capital from one sector to the other. The hard truth is that unless you provide subsidy, capital will move away from agriculture.

In a closed economy, on the other hand, corn prices will go up, wages will increase and industrial profit will decline. In short, by not subsidising agriculture, you may thus kill your industry. Corn import may be suggested as a way out but no advanced country finds it prudent to do so because it may endanger food security, the political cost of which is very high. Capital in advanced countries is aware of this logic. No wonder then that US farmers got more than $22 billion in government payments in 2019, the highest level of farm subsidies in the last 14 years, and the corporate sector paid for it.

In NDA’s India, however, there has developed a political dispensation that addresses the issue of agricultural reforms from the perspective of a very tiny section of capital, the section which wants to grab agriculture without paying its dues. In other words, that capitalism where the political dispensation is designed to serve the interest of a very tiny section of capital is crony capitalism. Here lies the difference between advanced capitalism in the West and crony capitalism in India.

Q: How does crony capitalism operate and function? Let’s take a specific example of a specific product, say, rice or wheat?

Khasnabis: Crony capital would target a double exploitation. It would pay less than the minimum support price to the producers. This is likely to happen because the corn market will now be under monopsony (many sellers and one or only a few buyers) without any MSP obligations. This is one aspect of exploitation — exploiting the producers by denying the MSP. The other aspect is that the consumers would have to pay more because the PDS (public distribution system) is likely to be undermined as mandi (regulated wholesale market) procurement is expected to reduce first and then stop eventually.

In this situation, rice and atta will come in the market under various brand names, each having a higher price tag. For a section of Indians, accessibility to food would therefore be denied. The middle class or the upper class, not covered under the Food Security Act, would also have to pay more. Indeed, in this context, crony capital would find a market for super-exploitation.

The middleman or phorey or dalal will very much remain present in the procurement process. The crony is unlikely to develop an alternative procurement machinery covering remote villages because that will be highly expensive. The commission that the middlemen get will be added to the overall cost and transferred to the buyers. The cronies, to be bitterly candid, will pay nothing.

Q: This implies that the hated and criticised middlemen will continue to operate even after the implementation of the three farm laws?

Khasnabis: Yes. They will get a new jersey. Their physiognomy will change but they will be very much present and active as the middlemen of the big companies, linking the latter with the actual producers.

One needs to state very clearly here that capitalism, advanced or crony, cannot operate without dalals. So, (the idea that) phoreys will vanish once the farm laws are implemented is nothing more than a pipe dream.

Q: The government has not given an official undertaking on a permanent legal guarantee for the MSP. In contrast, the big brothers — the US and western Europe — buy directly from the farmers and build their butter and cheese mountains. Even the prices of farm products at the retail and wholesale levels are controlled by the capitalist government. In short, not the principle of capitalisation but well-worked-out welfare measures are adopted to sustain the farm sector in the advanced West.

Khasnabis: I explained why capitalism needs a subsidised agriculture. I would add that the advanced capitalist countries have added a crucial welfare dimension to it. Gone are the days of the Irish famine. But then, such measures too serve capital. Capital gets a healthy workforce that contributes to total productivity and growth as a result of these welfare measures.

Q: The advanced and capitalist First World fulfils the preconditions of food security religiously. It doesn’t rush blindly into the cultivation of cash crops. Here, however, food security is being threatened and already hints are being dropped on the need to import basic foodstuff. That means our “capitalist” government is not following the principles of the big brothers even in this sphere. Why?

Khasnabis: One of the three new laws for the farm sector creates a legal provision for contract farming. Under contract farming, large areas under food crop (cultivation) will be converted into cash crop (fields) and the products will target the international market, particularly the markets in western Europe where tropical fruits and vegetables are in high demand.

As a result, all the four pillars of food security — availability, access, utilisation and stability — will be threatened, as has happened in Burkina Faso (in sub-Saharan Africa), which exports strawberries but has to import wheat. This grossly unequal trade-off is being allowed under the new political dispensation that confines its interests to serving a limited section of capital. Advanced countries never face such a situation because they have carefully developed a system where a tiny section of capital can never optimise its interests at the cost of the interests of capital at large.