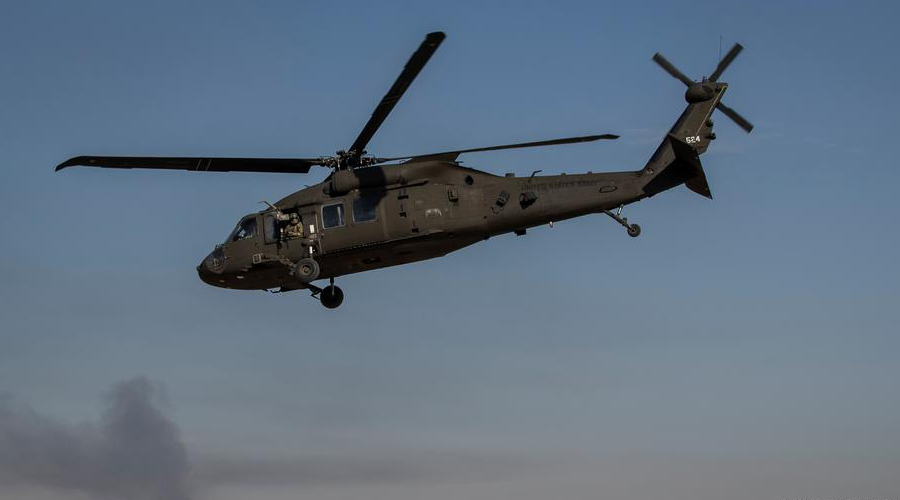 The crash of a weapon system integrated version of an Advanced Light Helicopter (ALH) of the Indian Army on Friday near Tuting in Arunachal Pradesh once again brought into sharp focus the growing number of accidents involving military choppers and aircraft.

The twin-engine indigenously-developed helicopter belonging to the Army Aviation wing went down at Migging village in Upper Siang district of the border state and a massive search and rescue operation has been launched by the Army and the Indian Air Force (IAF) in the high-altitude treacherous region.

A Tezpur-based defence ministry spokesperson the ALH (weapons system helicopter) took off from Lekabali and crashed at Migging near Tuting, a region which is located around 35 km from the border with China.

The Indian Army's aviation wing has been deploying the Weapon System Integrated (WSI) variant of the Advanced Light Helicopter Rudra in the region adding more teeth to its tactical missions in view of the lingering border row with China in eastern Ladakh.

The multi-role helicopter of 5.8 Ton class is an armed version of the ALH Dhruv. The indigenously designed and developed ALH-Dhruv is a multi-role, multi-mission new generation helicopter.

"We do not have any details about the crash. So, it will be unfair to comment. But my general view is that the fleet must be equipped with more safety equipment including obstacle avoidance systems," said a military expert on condition of anonymity.

Another ALH-WSI had crashed into the massive Ranjit Sagar reservoir near Pathankot on August 3 last year, in which two Army pilots were killed.

In October 2019, a Dhruv helicopter of the Indian Army carrying the then Chief of the Northern Command Lt Gen Ranbir Singh and other senior officers crash-landed in Jammu and Kashmir's Poonch.

India has already supplied a number of ALH Dhruv to friendly foreign countries.

The accident involving the ALH-WSI in Migging came two weeks after a Lt Colonel from the Army's aviation wing was killed and his co-pilot sustained severe injuries when their Cheetah helicopter crashed in a forward area near Tawang in Arunachal Pradesh.

Between March 2017 and December 2021, 31 people lost their lives in accidents involving 15 military helicopters that included four ALH, four Cheetah, two ALH (WSI), three Mi-17V5, an Mi-17 and a Chetak, according to official details.

The total number of deceased in the 15 accidents included 14 people killed in the December 8 (2021) crash near Coonoor. Then Chief of Defence Staff Gen Bipin Rawat, his wife Madhulika and 12 armed forces personnel were killed in the crash.

Seven helicopters each from the Indian Army and the Indian Air Force were involved in accidents during the period while the number from the Navy was one.

The armed forces are in the process of acquiring new choppers to replace the ageing fleet of Cheetah and Chetak helicopters some of which were inducted around three to five decades ago.

India and Russia inked an inter-governmental pact in 2015 for joint production of around 200 Kamov 226 helicopters to replace the ageing choppers, but the ambitious project is yet to take off.

The Army currently operates around 180 Cheetah, Chetak and Cheetal helicopters. The IAF has around 120 Cheetah and Chetak helicopters in its inventory.